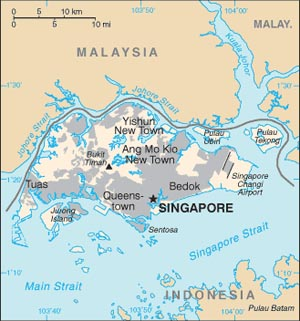 Greetings from SINGAPORE!! I’m sitting in the airport waiting to board my next flight to Kochi, and totally pumped / exhausted from our 19 hour stopover in Singapore.

Long story short (the longer version is down a few posts): some Caltech and Art Center students from ME 105: Product Design for the Developing World are traveling to Kerala, India, for the next two weeks. We’re going to be doing market research / getting to know the students from SAINTGITS with whom the class is co-taught. I’ll be blogging about the trip for the next few weeks.

Just a little background from the people in the US-group I’ll be mentioning: Ken Pickar – our prof! Erik Snowberg – a prof of economics who is joining us for this trip.

Tom, Chris, Robbie, Isha – senior ME majors (Isha is our TA, or teaching assistant; she took the class last year and is helping Ken this year!) Mariya – junior ME major Byron, Sid, Jason – the three art center students on the trip June – a Techer doing a SURF abroad in Singapore this summer I packed Friday night, worked for housing Saturday morning and left Caltech at 11:30 with Tom and Robbie. We took the metro to the airport (advice for anyone visiting Caltech: take the Flyaway bus to Union Station, Gold Line from Union Station to Lake Station, and then walk from Lake Station to Caltech - at $8.50, this is the cheapest option by far) where we met Chris and took off!

The four of us flew to Tokyo (11 hrs), had a 2 hour stop-over, continued to Singapore (6 hrs) and are spending our 19th hour there right now!

Singapore isn’t too huge, so we were actually able to cover a lot in our 19 hours! We landed somewhere around 2:30 am, and got to the hotel Singapore Airlines had provided us with around 3:30 am. (Contrary to the darkness, we were all wide awake at this point.) We checked into the hotel, showered, called June, checked out and left some of our stuff in the storage room. We took a taxi to Mount Faberfor only SG 12 – less than USD 10! Mount Faber is one of the highest “peaks” in Singapore, and supposedly a great place to watch the sun rise.

We got there around 5:30 am, but … by 6:30 am, there was still no sunset. We were all slighly confused, too, since the direction the arrows on this hill said the sun should rise from was darkest…

The city side was getting really bright, but that was probably just because it was smoggy and people were turning their lights on.

We “hiked” down the “mountain” to meet June. That was an interesting hike. It was really muggy out, and already pretty warm (it only got warmer later in the day).

The warning sign is telling us to beware of monkeys. Technically, people aren’t supposed to take this trail in the dark, but… We had fun in our first rain-forest hike, especially when an agressive-sounding dog started barking at us from the woods (they were probably going on a walk on the road above us :)).

We took the metro to an area where there was supposed to be a lot of food - only to realize that it is Ramadan and this place probably wouldn’t be busy for a little while!

One of my Caltech friends from Singapore had recommended the mangrove swamps, so we headed to the Pasir Ris park.

It was great! It wasn’t touristy at all, which is something I’m always looking for.

At the metro stop there, we were also super-excited to see all the BIKES! I wish the US did more of this. That was one thing we all came to appericate in Singapore throughout the day - they did an amazing job planning their city. The metro system was really easy to use, and we didn’t have trouble getting anywhere. There was also lots of green space. I’d love to see Pasadena have something like this :)

After getting food at a market, we had a picnic by the harbor. They’re building huge green houses here, which you can kind of see in the background, but even more impressive is the boat on the three houses behind us! It’s really a (concrete) boat, and there’s a huge pool up there. It’s a pretty big tourist attraction :) We decided to save our money though. June told us that the boat / buildings were built in one year - one year where all of the city’s cranes went missing, because they were all building this! Our picnic finished just in time, because it began raining pretty hard just as we were leaving. June, Chris and Robbie headed to the Santosa amusement park while Tom and I headed to the botanical gardens in the search of more real rain-forest. They were awesome!

Our airport shuttle was at 5:30, so at 5:00 we went to the entrance of the park to get a taxi. The taxis took forever to come! We were getting really antsy, because we didn’t want Chris and Robbie to have to wait for us (or miss the shuttle!). I also had the key to our luggage, so I definitely needed to get back to the hotel! When one finally came, it asked where we were going - and just left! At this point (5:15), we were pretty worried and by then, there was a line of people waiting for taxis. A woman just behind us in line - she seemed to be a local - told us that, for the next taxi, we shouldn’t ask if they know where the hotel is - we should just get in and tell them were to take us. We followed her advice, tried to explain to our driver where to go, and headed off in hopes that he had understood. Luckily, he did, and we got to the hotel and grabbed the luggage on time. With one small problem. Chris and Robbie were missing. By 5:30, they hadn’t shown up and our shuttle driver needed to leave. After a slightly stressful busride, we found them waiting at the airport. They had gotten to the hotel 5 mins after we left, they said, after waiting through a taxi-driver / passenger fight and getting really lost on their way to the hotel. Oh wells. We’re all here now, and we’ll be boarding soon!!!