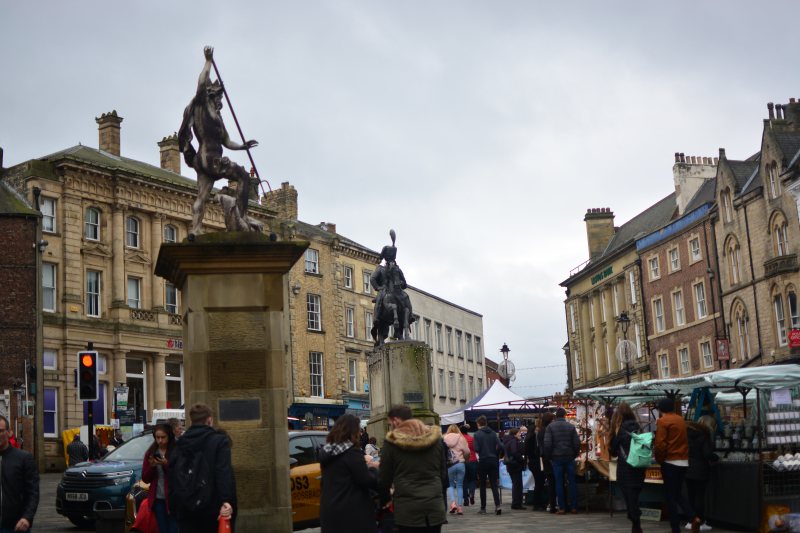 There, and back again. A Caltech student’s tale.

I went back to the land of my enemy, my mortal nemesis. Or at least, the nemesis of our school. Durham, the only team currently ranked above us on the British Universities and Colleges Sport (BUCS) point list. Only, this time, I went with open arms.

I believe I mentioned somewhere deep buried in this land of blogs that my dad had studied abroad in Durham, 40 years ago precisely. And on this 40-year anniversary, it seems only fitting that his son would make a return to the land of his old haunts and continue the Chan family tradition in (chilly) Durham, England.

I dragged along one of my fencing teammates with me. Well, not exactly dragged. Ardy is from Durham, and he was actually rather excited to get the opportunity to take a tourist around his home and reminisce about the wonderfully cute city he grew up in.

Yet again though, this weekend adventure started with some train drama. They cancelled our train. But before too long we were on a later train and made our way into an overcast day in Durham

We started out by diving headfirst into the market. We picked up some wonderful gingerbread. Gingerbread is a bit different in the UK, it is soft with hard edges, instead of being entirely soft. We also picked up some sour sweets which Ardy loved and I could barely keep in my mouth for 15 seconds.

We then proceeded to the cathedral and the castle – both very prominent sites of Harry Potter filming, and old haunts of my dad’s. We had a nice solid walkthrough and spent some time enjoying the scenery before heading to a lunch at Zapatista Burrito Bar. I’ve really been craving Mexican food for the last few weeks in Scotland, so it just had to happen.

It was a whirlwind of a day, with no time for stopping. After this, we went on a mile or so journey out to the oriental museum. This fascinating little gem held a shockingly large collection of Asian Artifacts, some of which were similar to what I’d seen in China freshman year. Then we hiked the nearby hill and got a gorgeous view of the Durham castle and cathedral. It did really pay off to have an insider with me.

And like any good day, we ended it with a Tesco meal deal and a train ride back. It had been a long day, and we had earned our rest.

There’s a storm a’comin And it’s us.