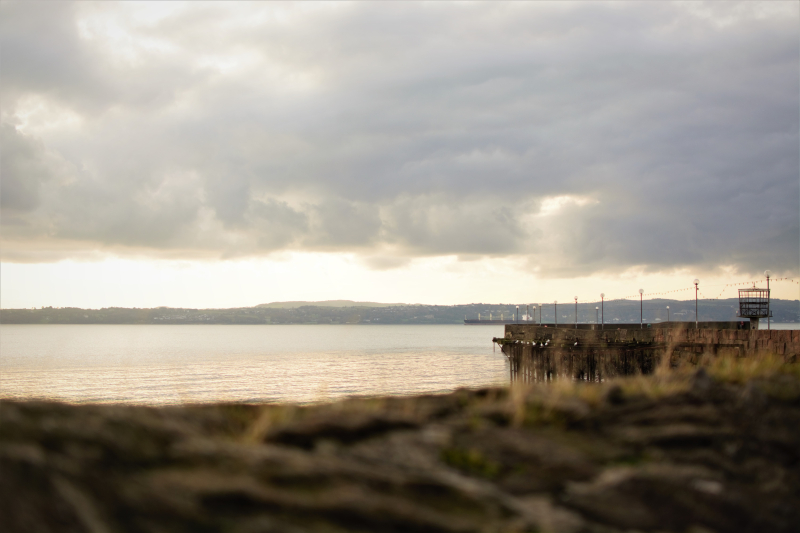 One of my favorite Northern Irish poets, Ciaran Carson, passed away last month, and this second part of the trip, this post title, and my Belfast exploration was completely inspired by him. Prior to taking Irish literature last year, I’d never really considered going to Ireland at all, much less that in the span of a month and a half I would be in both Belfast and in Dublin. And now, a full year later, I’ve been to both and am still floating the possibility of a trip to Galway. Crazy how life changes like that.

Anyways what we did after the tour of the Giant’s Causeway. I’ll be honest, we were exhausted the next day, so we got a slow start. And by slow start, I mean that we woke up and went out for brunch. We found one of (apparently) the best cafes in Ireland, and I got bubble and squeak cakes, a British potato and cabbage cake that paired delightfully with a thick chunk of sausage on top.

After this we headed to Crumlin Road Gaol, the famous prison in Belfast. It still held prisoners until 1996, so the history of the building was all too real, and many of the former prisoners had even come back to take the same tour we were on. It was simply a haunting building, with a fascinating history from the troubles, but also in the time before that.

Following the mildly spooky tour, we headed out to the botanic gardens and the Ulster Museum to learn even more about the history of Northern Ireland (and to relax in some warm greenhouses). And then we went to the Christmas market! There isn’t thanksgiving in the UK, so Christmas just starts whenever Halloween ends. Their Christmas market in Belfast was one of the cutest one’s I’ve ever been to though. It somehow felt homely and authentic, which is a wild spin on the world of American Christmas markets.

During the trip we also had the opportunity to listen to a large amount of traditional Irish music, or, at least music played on traditional Irish instruments. It was a bit disconcerting to hear an entire room full of Northern Irish people singing along to “Sweet Home Alabama”, but I also got to hear the last two of my favorite Pogues songs played live, so I can’t complain all too much.