While Pasadena is certainly a bit calmer than much of flashy LA, it’s nonetheless a beautiful, charming place.It’s personally one of my favorite cities in the world, mostly because I called it home for a large part of my childhood. It’s the first place I have real memories of living in—I went to preschool on Colorado Boulevard just blocks away from Caltech, and, as a six-year-old, Heely-ed through the halls of campus buildings. Having grown up in the city and then returning for college, I’ve explored it through and through, and I wanted to collect a list of some of my favorite spots to share with you.

One of the biggest perks of living in California is the year-round sunshine, and Pasadena has no shortage of outdoor spaces to help you take advantage of it. Perhaps the most famous is the Huntington Library and Gardens. I haven’t yet visited, but this place is near the top of my senior year bucket list. They have a special “College Card” deal that grants students a one-year membership for just $36! There is a nine-acre Japanese garden, complete with a bonsai collection and zen court, accompanied by more than 15 other types of gardens, a library, and art collection. Pasadena is also home to the Norton Simon Museum, which houses pieces by Renoir, Picasso, and Van Gogh in addition to a garden. If flower gardens are especially your thing, you can also visit Descano Gardens in nearby La Canada Flintridge (which is also where JPL is located). If you are in town for New Year’s, you can watch the Rose Parade go down Colorado Boulevard. The Rose Parade is an event Pasadena is nationally known for and features a series of intricate floats made only out of flowers and plants, in addition to marching bands and skywriting planes! 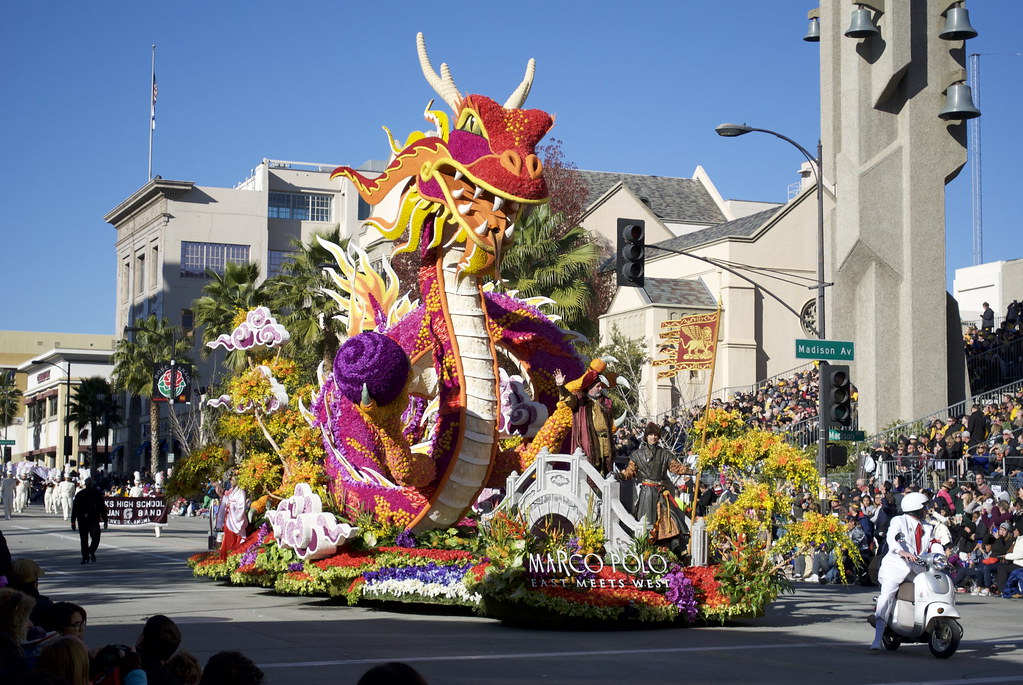 An example Rose Parade float – every flower is placed by hand by volunteers!

Arcadia, about 3 miles east of Pasadena, is home to the L.A. Arboretum. This was one of my absolute favorite places to go as a kid. On any given day, you can explore the gardens, visit houses and a railroad station preserved from the 1800’s, or chase after peacocks (sometimes, they even make it all the way to Caltech campus!). There are also lots of great hikes around Pasadena, many of which you could explore as part of the hiking P.E. class offered at Caltech. Most recently, I hiked the Altadena Crest Trail and Eaton Canyon, which are just minutes from campus and feature a huge waterfall and creek.

The view from the Altadena Crest Trail

Old Town Pasadena is a 5-minute drive from campus and has an almost overwhelming number of stores and boutiques to visit. Every month, there is also a flea market at the Rose Bowl and at Pasadena Community College, which is just a few minutes from campus. You can find jewelry, crafts, antiques, and clothes there, among more. During the summer there is also a daily farmer’s market in South Pasadena with everything from fruit-flavored honey to houseplants to musubi food trucks.

Finally, though Pasadena may not be at the center of Hollywood, it is still home to lots of movie and TV sets you can visit! Pasadena City Hall is featured as Pawnee City Hall on the NBC show Parks and Rec and is completely open for the public to explore. You are also free to drive over the Colorado Street Bridge, which was used as a set in the movie La La Land! If you come to Caltech, you will surely step into Elle Woods’ pink heels yourself— the intro scene to Legally Blonde was filmed right in front of our library. You might even see actors in the flesh in your time here! HBO’s Silicon Valley and ABC’s Modern Family were both filmed on campus within the past few years. I even got to see Ty Burrell (Phil from Modern Family) on my way to Chem lab one morning freshman year! Though, later that day, I unfortunately got kicked out of our humanities building for trying to spy on production through the windows… 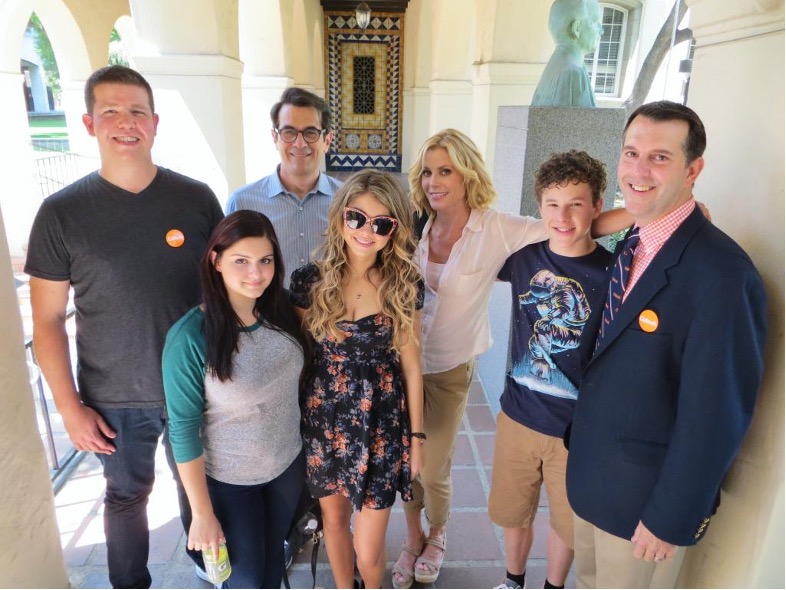 The cast of Modern Family on Caltech campus!

Lastly, Pasadena Convention Center is where the LA auditions for America’s Got Talent are taped every year. Students can get tickets online for free to watch live tapings – I got to go to a live taping my freshman year and see Simon Cowell tear apart performers in real time. With LA so close by, going to concerts and bigger events is also quite easy. One of my favorite LA memories is seeing an improv show put on by the cast of The Good Place at the Ace Hotel.

Pasadena may not seem like the most exciting place in California to be at first, but there is certainly no shortage of things to do here. Even after half a childhood and two years of college here, I feel like I have so much left to explore and am excited to get to it all on campus next year!

My favorite part about Caltech is the Houses! The easiest way to describe them is as Hogwarts houses: each has their own personality and group of people and the first thing you do at Caltech is go through a “sorting” process. The people are what makes the Houses at Caltech so great. As a frosh, it’s amazing to be able to come in and immediately have a group of 100+ people to support you. Because the Houses have students from every grade, you make friends with upperclassmen and can ask for help on tons of things like:

Zooming Through the Year

These past six months have been a whirlwind- from having to move out of Caltech housing in March within a week’s notice due to COVID-19, to starting the first term of my junior year, I’ve definitely experienced a lot of change. When I went home in March, it was to a completely new state-my family moved from Chino, CA to New Jersey in January (great timing, huh?). While I missed seeing my friends from home, it was fun to have the chance to explore a completely new place. The pandemic obviously limited what I could see and do, but I got to experience walks through nature and along rivers normally foreign to a SoCal native and had some time to focus on bioinformatics research for the lab I work with on campus. 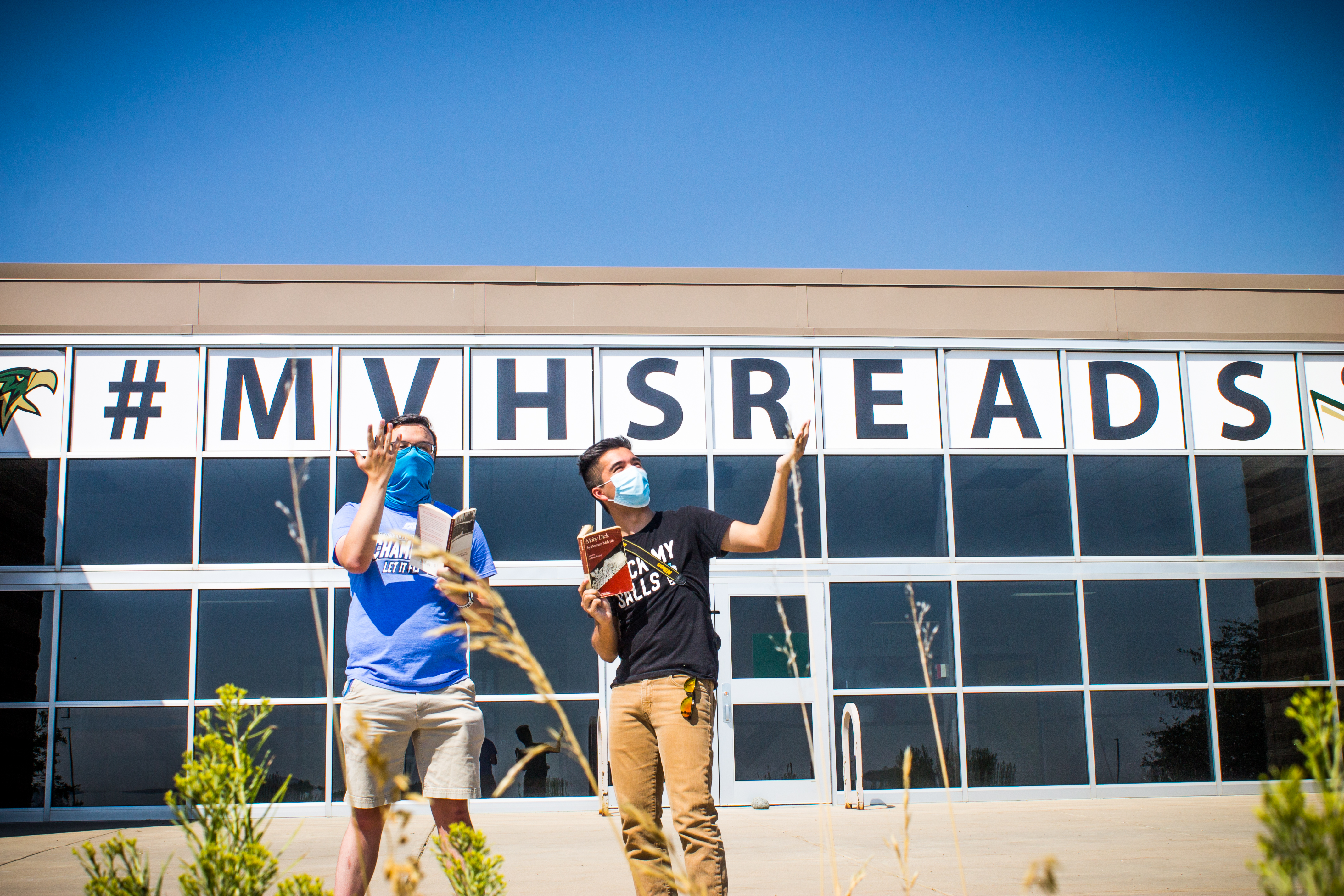 Photos From the Time of Covid

It’s month 6 of quarantine and I’m writing to you from Colorful Colorado (also known as the state where it snowed last week and was 95 out today). Climate change? Maybe. International conspiracy by the Greek God Zeus to make me miss Pasadena and Caltech more than I already do? Most definitely.