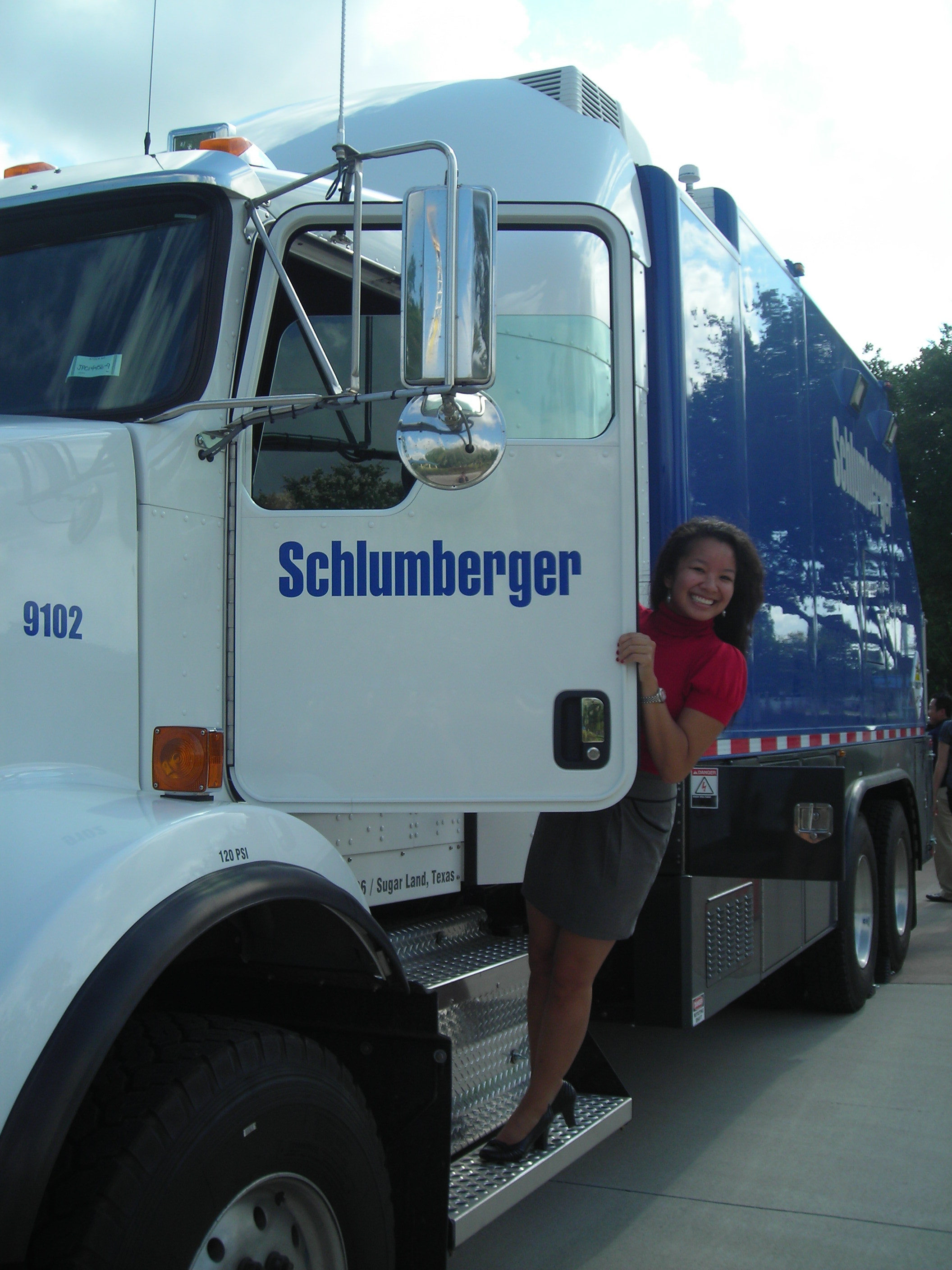 A day for the ladies

Hey y’all! This past weekend, I attended the Schlumberger Women & Technology Conference in Sugarland, Texas. It was a day of networking with other women in the company, learning about the opportunities women have within their careers at Schlumberger, touring themanufacturing facilities and eating lots of food! One of my favorite parts of the day was being able to look around this huge wireline truck they had brought for us. I couldn’t help but jump into the driver’s seat!

Halfway through the day, they took us to the Natural Science Museum where the Wiess energy exhibit was on display. The Wiess exhibit explores the process of energy development and the applications of science and technology within the oil/gas industry. I guess it was fitting for Schlumberger to take us there! We were given a scavenger hunt-type challenge to make things more interesting—we formed teams and had to find answers to questions about the exhibits. It got super competitive since there was a prize for the team that won! The museum was also super crowded with families, since it was a Saturday afternoon. It was cool to see an entire exhibit devoted to what the company does; most of the processes they had exhibits for, I was able to understand since I had been learning so much about drilling and oil this entire summer.

After we turned in our answers and hoped for the best, we were free to go and see the other exhibits in the museum. I was so psyched to see the dinosaur bones exhibit and the precious gemstones/diamonds exhibit.

At the end of the day, we all went to a dinner at Fernando’s (a Latin cuisine restaurant) and enjoyed a decadent four course meal. I sat at a table with a few other interns and recruiters, and had great conversation over yummy food! It was such a long day, but a great opportunity to bond with the recruiters and meet important women in the company.