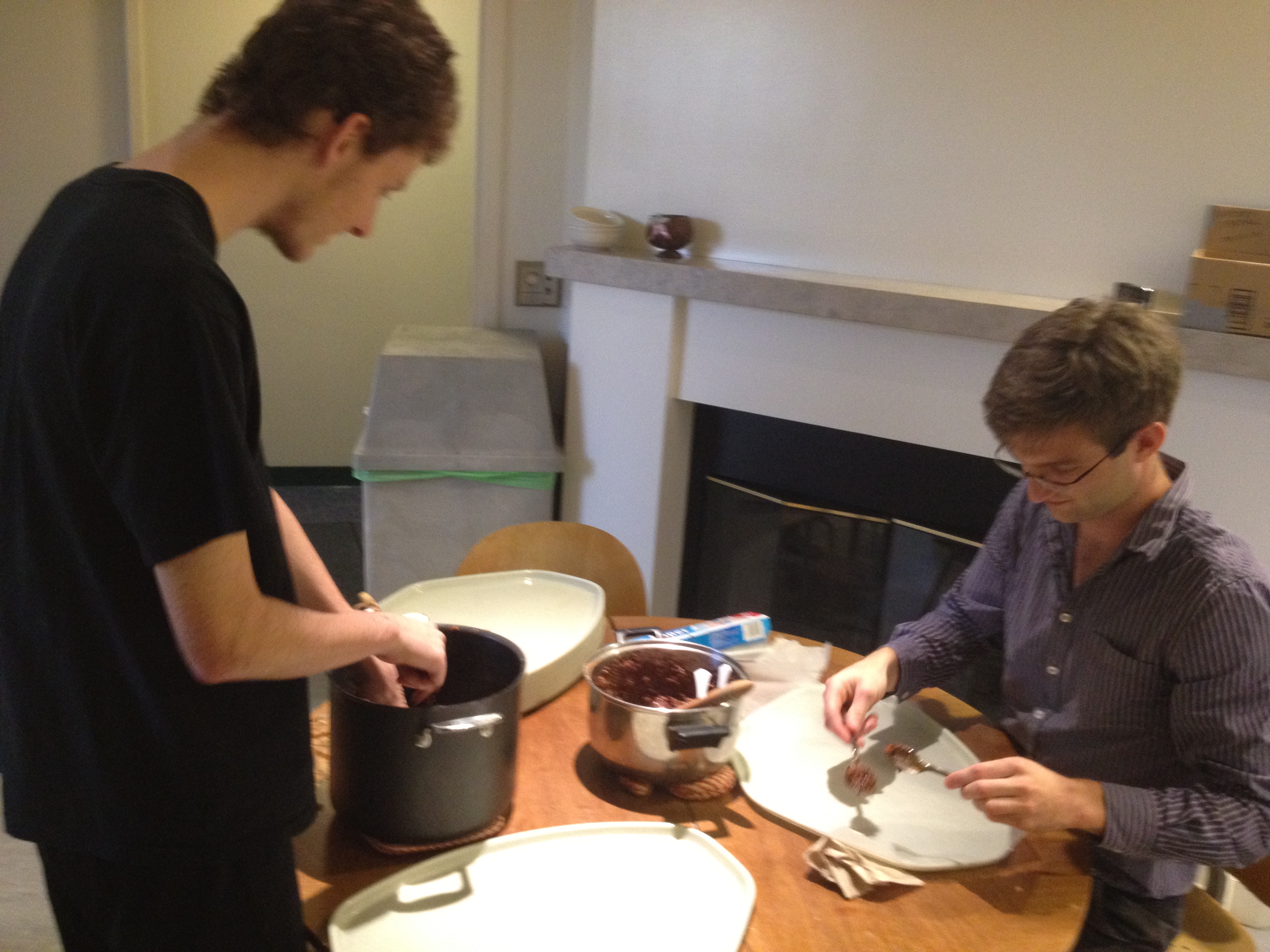 A Tale of Two Parties

These last two days have been pretty intense. Friday was Avery Interhouse, so the house was scrambling to get stuff done, from cooking to construction and decoration.

Averites on the dance floor.

Avery likes putting a lot of effort into Interhouse, as we have gourmet food. This Interhouse, as the theme was Beyond Candyland, was focused on good food and clean fun. We had a cotton candy machine (spinning cotton candy gets everywhere, though), special pizzas, cookies and brownies baked in Avery, and Italian soda! OM NOM NOM NOM NOM!

For my first college party, it was not bad at all. I was one fortunate person to go to not one but two college parties this weekend (*and *at another college). On Saturday night, the Occidental College Historical Folk Dance Troop (I think that’s the name) had Waltz night. A few members of the Caltech-Occidental Symphony (including myself) signed up to play different waltzes and polkas for the attendees.

We sightread a few polkas and waltzes for three hours before the main event, rehearsed one of the waltzes with the dance troop for the choreographed waltz, quickly ate pizza, and oompaapaaed the night. I was the only second violin player, so I had to play quite a lot. The first violins had some liberty to go dancing, but when there were too few first violins, I had to fill in their part, and a viola had to fill in my part (and we sounded really good, so please, no viola jokes). It was tiring. We came back to Caltech at around midnight, and my left shoulder and back were definitely sore from the six hours of playing and the uncomfortable chairs. The brass and winds players were tired, too, as they could hardly feel their lips afterwards. But overall, Waltz Night was extremely fun.

**Quote of the day: **For those of you unfamiliar with Asian snacks, Pocky is this box of thin breadstick-like cookies in one half of a personal “jar” and frosting (strawberry, vanilla, or chocolate) in the other half of the jar. You dip the cookie into the frosting and enjoy! Sometimes the cookies come half-covered with frosting. Anyways, in the beginning of the year, my roommate’s parents sent her a hugebox full of Pocky. After Interhouse my roommate was saying, “I need to take a picture with that giant box of Pocky and send it back to my parents.”