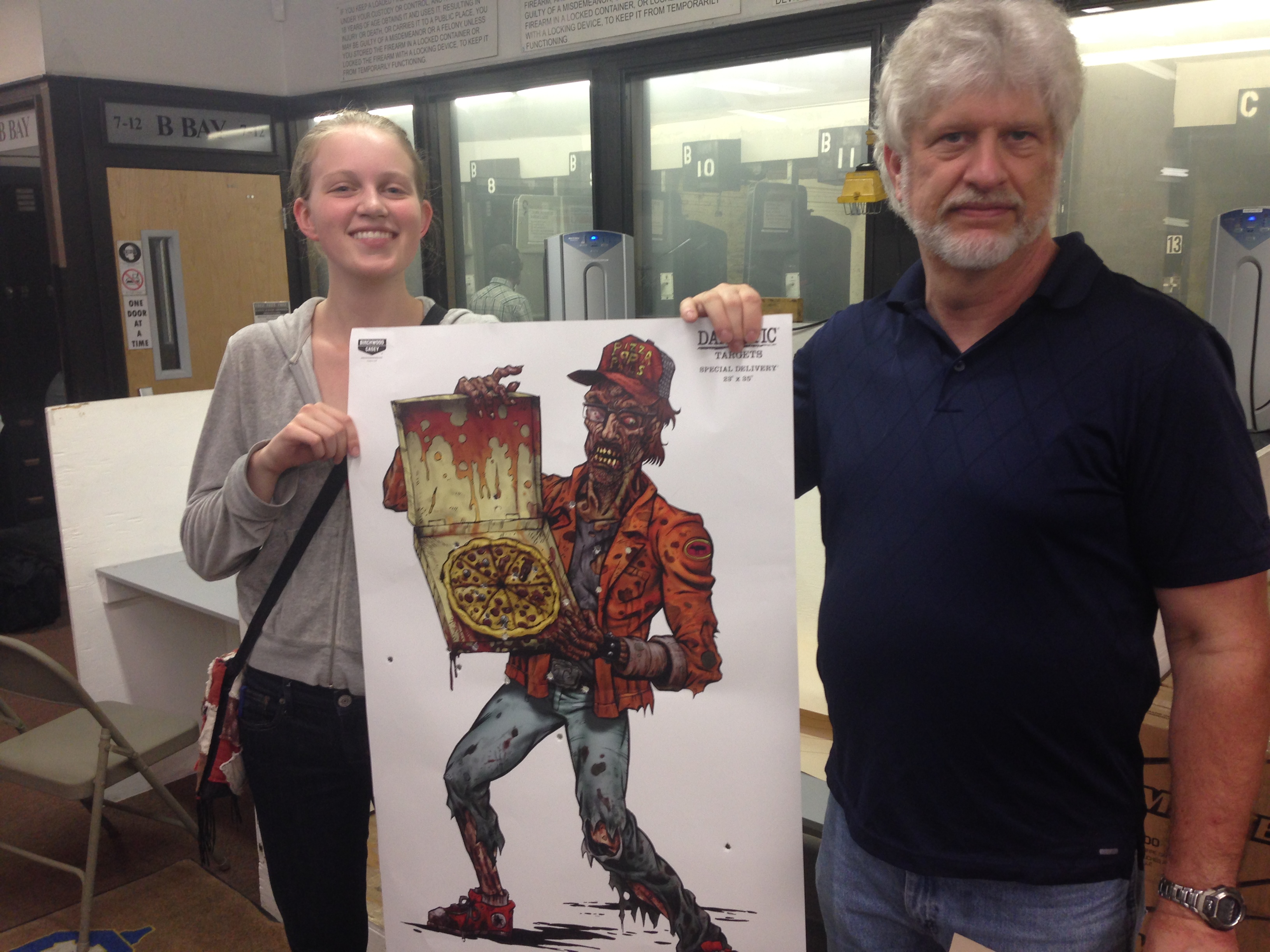 A Weekend in the City

Hey there! I’ve had a pretty slow weekend. Friday night we just made an avocado feast - chicken avocado burritos and breaded fried avocado wedges. I crashed pretty quickly, I was tired.

Saturday was also pretty slow. Saturday afternoon, I went to a firing range with my uncles and sister. I learned to shoot a .38 caliber service revolver.

Now, here is not the time and place to talk about gun rights and gun ownership. My personal status is that I will probably never own and maintain a gun. Pepper spray and/or stun guns are good enough for me. However, being able to successfully load and fire a gun without getting slammed by the recoil is a perfectly good life skill. Like my compass skills, I will probably never use it in real life. Who even knows how to use a map and a compass together? Anyway, it was all right. I was pretty nervous so I definitely had less fun than my uncles. The gun was also pretty heavy. My sister (who is much smaller than me) struggled with it; that’s probably why her aim was worse than mine (haha, I’m a good shot!). I am pretty satisfied with my performance. I even hit the very middle circle on the bullseye once! And we got a target, just for fun, of a zombie pizza guy. My uncle chose to shoot the zombie. I shot his pizza. And I didn’t miss so badly that I hit the zombie :D

I went out to dinner that night with JD (boyfriend dearest). We got sandwiches and mashed potater tots at a gastropub in SoMa. I am actually a big fan of gastropubs - they tend to serve high-end versions of bar food food at low-end prices, and make their money off their craft beers. That’s just fine by me; I’m 19 and they always let you eat there regardless of age. This place had a solid grilled cheese, and the potater tots weren’t really my thing but I see why people like them. They were basically breaded fried spheres of mashed potatoes, served with bacon jam.

I took JD to see Inside Out after dinner. I liked it so much I reallllly really wanted him to see it. It was still fun the second time! On Sunday we rolled out to La Taqueria, San Francisco’s Best Burrito according to Everybody. Did not disappoint. It was packed, though.

After that, we walked around the Mission. We got ice cream at Cream, which I’d heard was really fabulous. I thought it wasn’t great. Maybe just their pistachio flavor isn’t awesome, or maybe they’re better at cookies (their whole thing is ice cream sandwiches). I’ve been spoiled by Coolhaus, which has a location in Pasadena and serves balsamic fig ice cream on a mascarpone base which is DELICIOUS and I always get that. One time, when I was really stressed out by school work, JD biked to Coolhaus and brought me back ice cream. Totally made my day.

After Cream, we didn’t really know what to do, so we just walked around until we found this cool vintage/antiques shop that was really funky and well-curated. JD found a uranium glass shot glass there for $5, which he’s really excited about. It actually fluoresces under UV light. And is radioactive, but only a little bit. I almost got this cool attache for a friend of mine, but she decided she didn’t need it.

Today (Monday) I was kind of out of it. I got my own morning coffee wrong - twice - and worked pretty slowly. That’s OK though. Tomorrow I’ll do better. I did get to try out cardio weightlifting which… ow… but I feel pretty good now! Anyway, until next time, Suzy