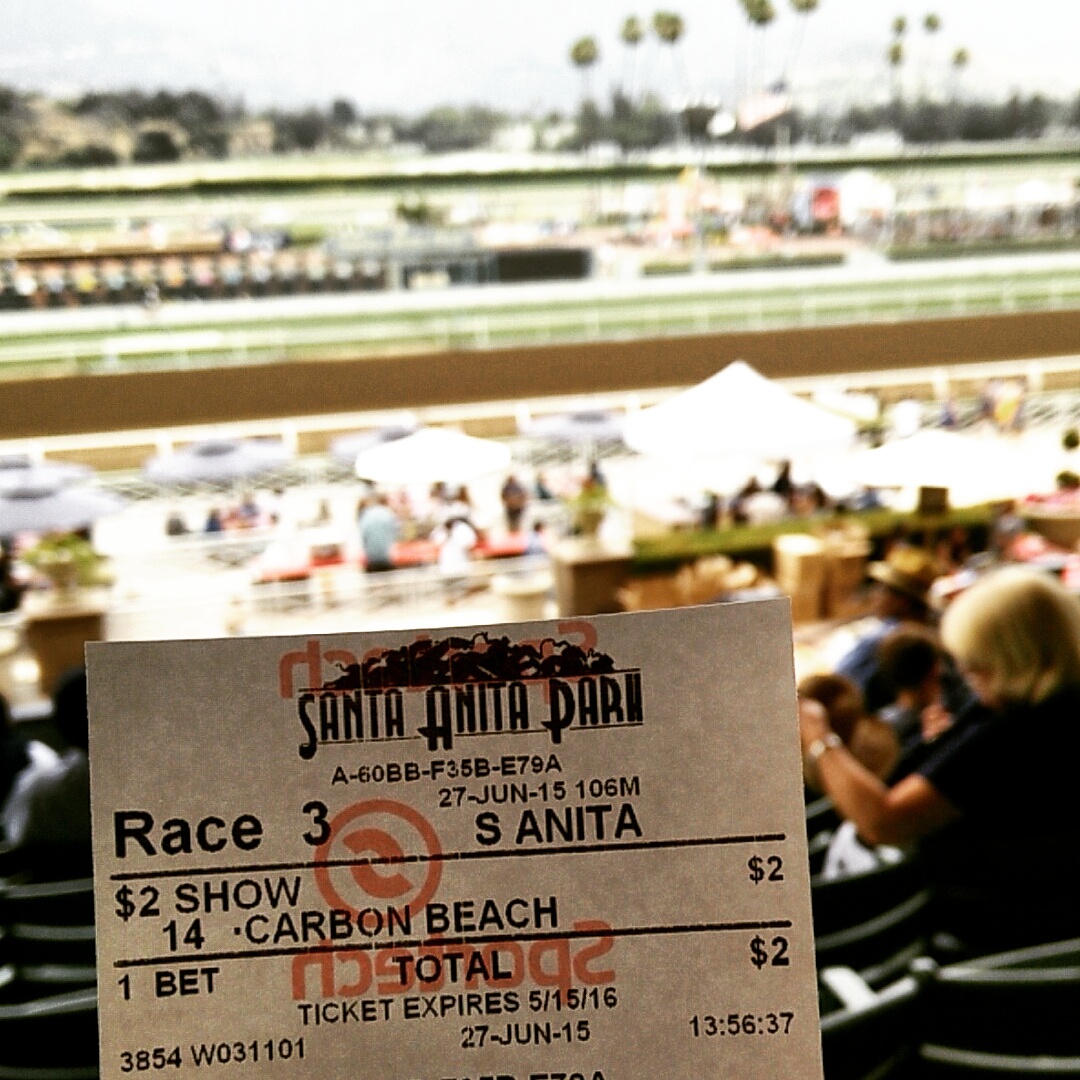 A weekend of fun

Hey guys! This past weekend was a crazy one for me! I saw more of LA that I had ever seen before and ate literally every moment of the day. I’m excited to share with you guys the awesome time I had! On Saturday, I was able to attend the Gold Cup event at Santa Anita Racetrack with Tom Mannion. For some of my friends, it was their first time watching horse-racing and they were extremely excited. I personally had lived in Kentucky for several years, where attending the Derby was an event everyone did. However, American Pharoh, the first winner of the Triple Crown in 40 something years, was going to be there! It would be like meeting a real celebrity.

Afterwards, we stopped by Mignon’s, a small, artisan chocolatier. They hand-made all their delicious chocolates and I found the happiest place on earth.

On Sunday, we went on a Food Tour around LA , stopping by historic sties and eating at well-known restaurants.

Our first location was Philippe’s (named after me of course!), famous for having invented the French Dip sandwich in 1918. Philippe’s opened in 1908 and has been in the same location ever since.

Next, we stopped by Japantown and went to a cute little cafe to haveTakoyaki, fish cakes, and mochi ice cream for desert.

Then, we went to Pink’s for their famous hot dogs. I thought that I hated hot dogs before – then I realized that Pink’s existed. Just a word of caution, their “hot dogs” are really full meals in disguise.

Finally, we drove up and down the infamous Baxter street. With a slope near 45 degrees, I wouldn’t be surprised if it were the steepest road in America. We went at the perfect time: as the car climbed over the hill, the sunset peaked over the skyline and it was beautiful.