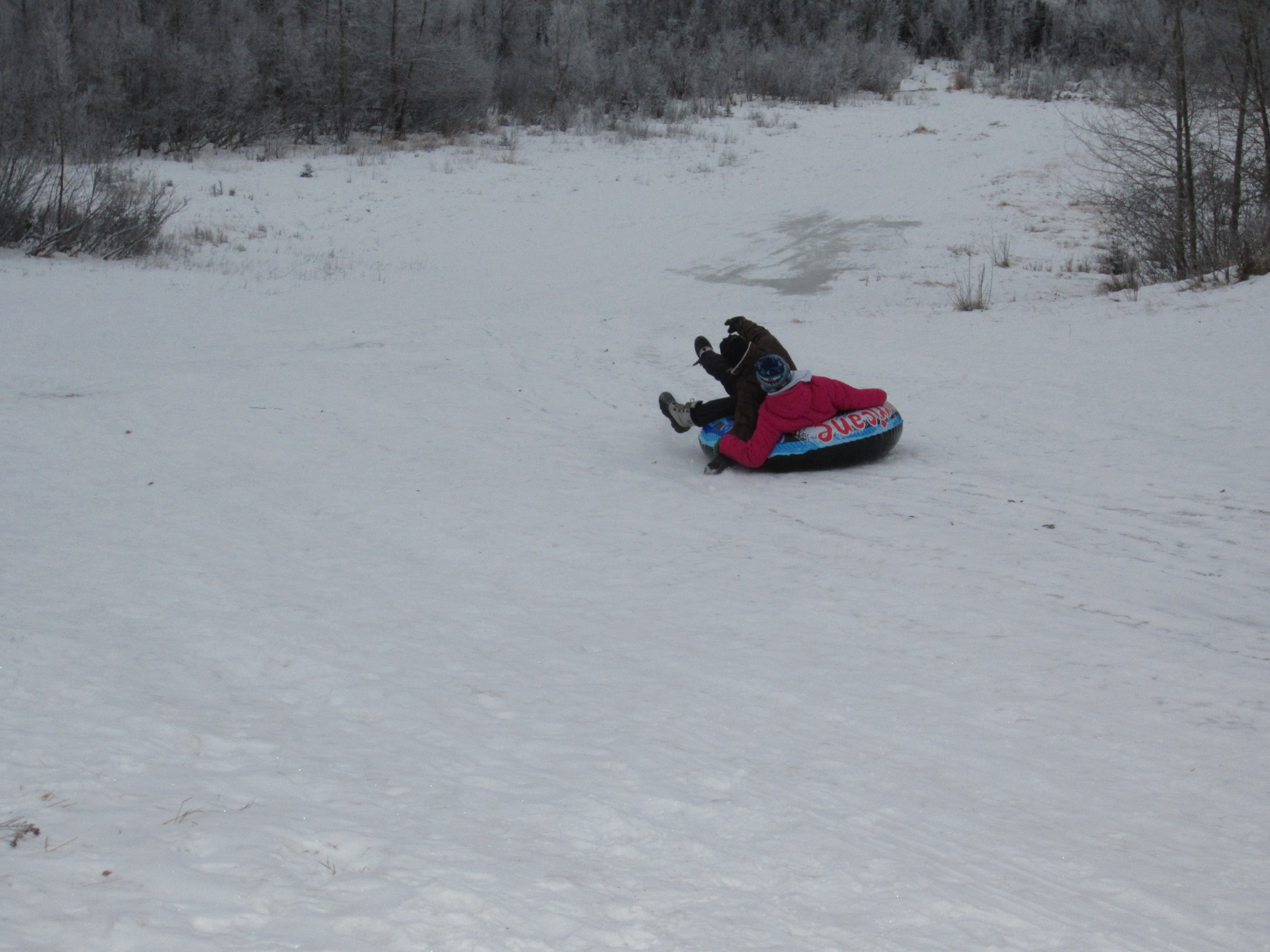 A Tale of Two C's in a Winter Wonderland!

Woohoo! Right now, it is winter break, which means school’s out!!! It feels great to bedone with exams and homework and have time to finally just relax! During the first few daysof break, I visited my good friend Carly in her hometown of Anchorage, Alaska. Some of youwho intimately follow these Caltech student blogs may know her from her blog about aresearch internship in South Korea this past summer. Both Carly and I have known each othersince freshman year as we both play the clarinet in the Caltech Occidental Concert band,have been on the Caltech swimming team and are on the Caltech waterpolo team together.Beyond our shared passion drinking of exquisite tea, we were also study and homeworkpartners for ACM95, which is an applied mathematics class many engineering majors take atCaltech; I would venture to say that we bonded over the triumphs and tears of many latenights working on problem sets.

So, as soon as finals week ended, we jetted out from LAX toSeattle and then onto a flight for Anchorage. I was not sure what to expect and was alittle wary weather-wise on what the Alaska winter was going to be like. The sunny weatherof southern California is always around a balmy 75 degrees without any real differentiableseasons (a lot of people wear jeans, a shirt and flip flops all year round!).As soon as we hopped off the plane in Anchorage and ventured outside of the airport, I wassuper excited to see a layer of white snow covering everything. I felt transplanted fromthe land of palm trees and sunshine to winter and snow! And then cold winds hit me and Iwas shivering and shaking (Brrrr!); I was definitely a weather wimp spoiled by the warmCalifornian climate. According to Carly, this wasn’t even considered cold for an Alaskan winter and it was actually pretty warm for the winter! Even though I thought there was a lot ofsnow everywhere, Carly told me that the few inches on the ground was actually not a lotsince the windstorms of the previous week had actually caused a lot of the snow to melt andthat we should cross our fingers for colder weather and more snowfall.

However, a more important concept is definitely ‘bailing’ when you are about to hit sometrees or crash into people in order to avoid immediate injury. The aftermath is usually a ‘yard sale’ where all your things are strewn about on the hilland a face full of snow!

It was a lot of fun zooming downhill but the uphill walk was definitely more of a work outand a lot slower:

Afterwards, we hiked on a trail through a frozen and snowy marsh and it led us to theocean!

I actually didn’t know it was the ocean until it was pointed out to me. The frozenand bumpy ridges in the ice were fascinating because it looked like the waves of the oceanhad been frozen in time (think of Narnia from “The Lion, the Witch and the Wardrobe”)!

Ialso noticed that the number of hours of daylight in Alaska were very few; the sunrise wasaround 10:30 am and sunset was around 3:00 pm!

That evening, Carly and I hit up the Alaska zoo where they had cool light displaysthroughout the zoo. We saw many cold climate animals including a polar bear, seals, yaks,wolves, etc.

The next day, we drove up to Wascilla, AK and passed by where I was told Sarah Palin lives.We got to drive snowmobiles on the frozen Rocky Lake. Ironically, the weather was sounusually warm for Alaska that instead of snowing, it was actually raining while we weresnowmobiling! Driving the snowmachines to up to 60/70mph was exhilarating!

The next day, I was woken by excited voices, and to my amazement, there was a whole 45inches of snowfall overnight!!! The landscape had been transformed into a winter wonderlandwith untouched, pristine snow.

Carly and I decided to go crosscountry skiing immediately that morning. However, when we arrived at the trails, wediscovered that the trails had not yet been groomed because the roads still had yet to beplowed (priorities, go figure).Undeterred, we decided to go ahead with our plans. Thefirst challenge not getting into the cross country skis but actually skiing through thefoot of fresh snow. I felt like a snow plow blazing a trail through the new snow. Therewere definitely a few falls–like one time I skied straight into a tree pit that wascovered in thick snow!

The following day, we went downhill skiing at Alyeska Ski Resorts, which was about a 45minute drive. The road we drove along had cliffs to the left, where doll sheep inhabit.To the right, the view was gorgeous as we could see the sunrise coming over the mountainsand the reflections in the water and we could also see the places where avalanches had occured down the mountainsides.

This drive to the slopes turned out to be an adventure: when we were about 30 minutes intothe drive when the heating system of the car broke down. Not thinking much of it, we droveon and 10 minutes later, as we were making a turn, the car decided to break down– while wewere still driving. So we used the momentum of the car to pull into the parking lot of agas station. When we got out of the car, Carly and I saw smoke/vapor seeping out from thehood of the car– uh oh! Luckily, we were close to ski resort, so after calling Carly’sdad, who got the car towed, we were able to take a shuttle bus and continue on.The recent huge snowfall made the skiing really fun and the views of the slopes waspicturesque.

The next day I flew back to California and my adventure to Alaska came to an end. What anunforgettable and extremely fun-filled trip! Many thanks to Carly and her family for havingme. :)