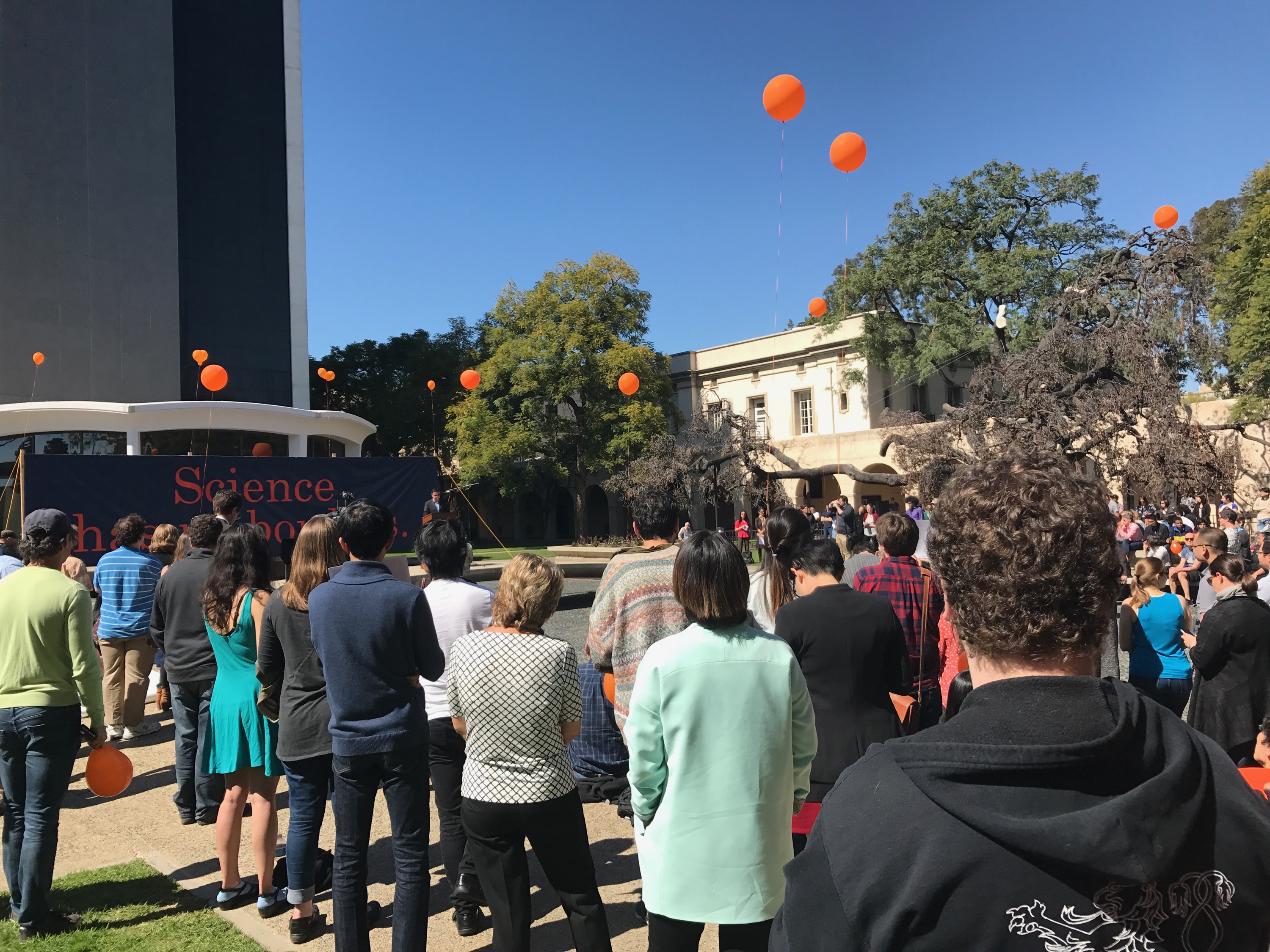 Have you heard of the Caltech bubble? It’s a very, very real phenomenon where extremely busy students, splitting their time between homework and lectures and research and limited personal time, stop reading the news and rarely become aware of current events beyond what happens on their own campus. While understandable, it’s rather annoying and somewhat dangerous (do you want the people you are training to go forth and change the world to not be aware of what is going on in the world?). Not everyone on campus lives in the bubble, however. There are a few organizations on campus that focus onsocial justice and activism, including the Social Activism Speaker Series (SASS), run by the Caltech Y, Caltech PRISM, the Caltech Feminist Club, and Women in Physics, Mathematics, and Astronomy. The Caltech Diversity Center hosts talks through the Food For Thought program (I recently posted about a lecture on the politics of protest by Caltech professor Dr. Jennifer Jahner), andadvises manystudent clubs (like PRISM and the Feminist Club). These groups have becomemore and more active over the four years I’ve been here, and it’s extremely heartening to see that more and more students are getting involved in issues that don’t directly affect their everyday lives on campus.

One major differencethis year has been the urgency that much of campus has felt thanks to recent political changes. The feminist club has had loads to talk about, and SASS is running a speaker series called “Nuclear Winter,” talking about the social, economic, and environmental impacts of nuclear power. The Caltech faculty recently organized a rally on campus in solidarity with international students, staff, and faculty, and publicized the fact that Caltech, along with dozens of other colleges and universities, has signed an amicus brief opposing President Trump’s Executive Order concerning banning immigration from several countries. The faculty rally, to which all of campus was invited, was held in front of Millikan Library last Wednesday, and attracted a few hundred members of the Caltech Community. There was half an hour of short messages from faculty, post-docs, graduate students, and undergrads talking about how import the international community is to the research that goes on at Caltech. Faculty emphasized how much theysupport international students here and how much they oppose the Executive Order.

The faculty also provided a huge scroll of paper on which people could sign their names to a statement supporting the international community at Caltech.

It was definitely heartening to see all of those members of the Caltech community stand up for their values, and stand up for their colleagues and friends. It was also disappointing that so many of my undergraduate friends didn’t show up. Caltech isn’t the most politically active campus in the country, at any rate, but the communityis certainly beginning to be more vocal about what matters to them, and is using their platform as respected scientists and educators to make important points heard by a wider audience.