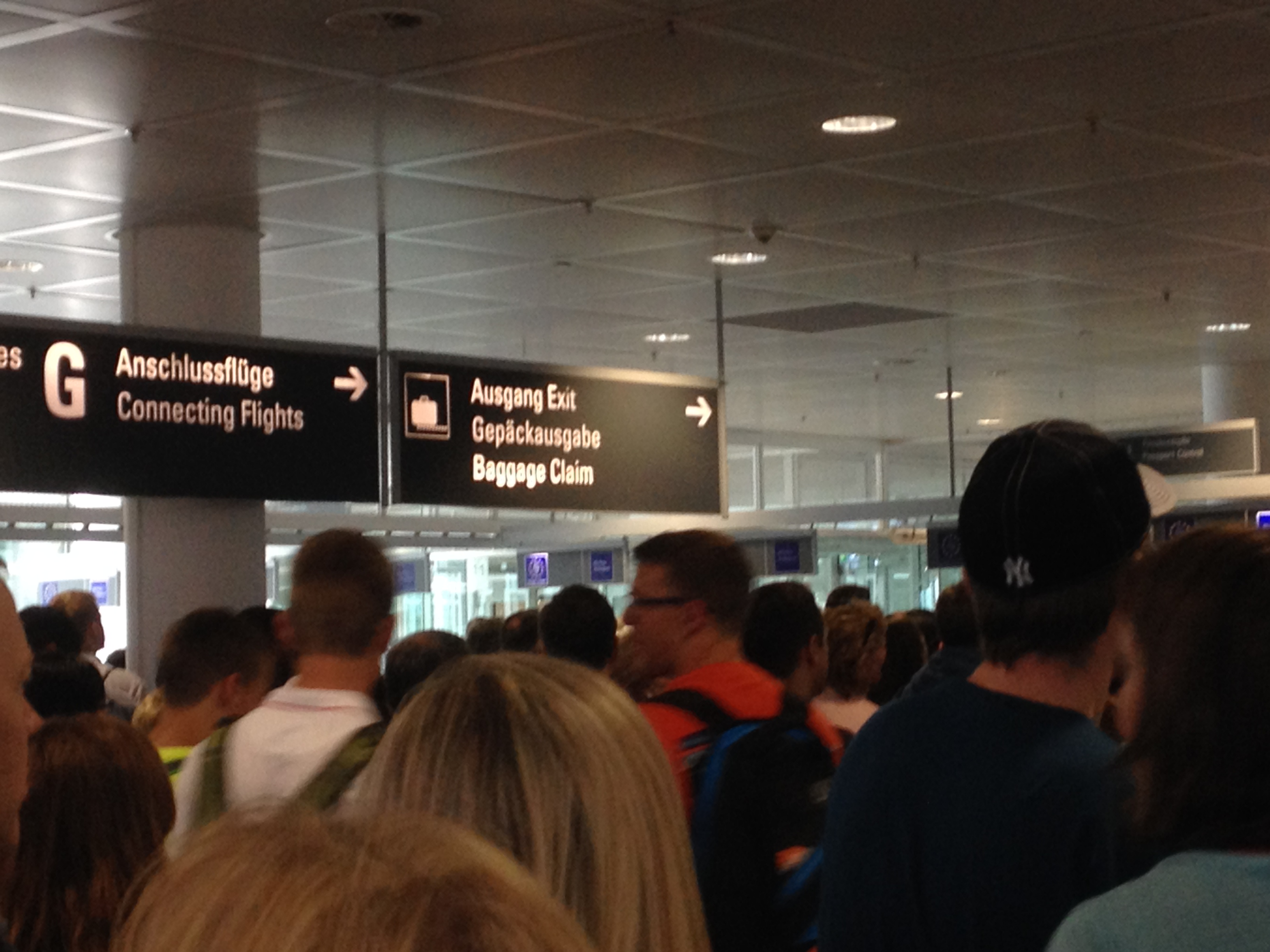 My day in a nutshell, stripped of weekday commuter-packed public transit, sketchy airport WiFi, stale pressurized airplane cabins, and mediocre airline food for your reading pleasure and convenience. I’m sure that most of you have ridden airplanes before, so I’ll summarize the more salient highlights.

Easily the most exciting part of my trip was getting to use the newfangled TSA Pre boarding program. I only began noticing these a few months ago, but today was my lucky day: the all-powerful random number generator chose me for the TSA Pre line. And what a joy it was! The usual 20-30 minutes in a packed line, in which I would be forced to take off my jacket, shoes, and belt (hoping my pants don’t slip off) and put all my items in bins in a panic, done away with. Instead, a leisurely 5 minute journey, where I felt almost guilty for passing so easily. It makes one feel almost warmly towards the TSA, before one remembers the golden days before modern airport security.

The subsequent 4 hour flight to Chicago was uneventful, punctuated only by a delay in boarding my connecting flight to Munich due to the fact that the “seat covers on the airplane were so soiled that we had to take time to replace them” (as quoted by the United Airlines representative). Not really sure what that implies, so I’ll leave that to your imagination. Then the boarding, and the 9 hour flight. Thank goodness for airplane movies.

Munich airport customs. The line was as long as it looks. My first impression of Munich interntional airport:*wow, this place is really clean*. The well-run, almost sterile feeling was eliminated as soon as I entered customs, naturally. Taking my place at the end of the line, I waited some 30 odd minutes as a horde of Americans on vacation/Germans back from vacation slowly passed the border. Following that, the institute sent me a taxi driver to drop me off at my new place, and we exchanged some laboured conversation, with him peppering his heavily accented English with German and me struggling to understand both. It was a 30 minute drive from the airport to Garching, the town where I'm living - a drive tripled in duration due to the sudden failing of the driver's GPS, but at this point I was so tired that it really didn't matter anymore. The route was quite scenic, though.
It was really fun reading signs in kilometers and failing at unit conversions. I'm a bit too jetlagged right now to really say much more, so I'll conclude this post - next time: where I'm living, where I'm working, and whereabouts I'll be exploring!