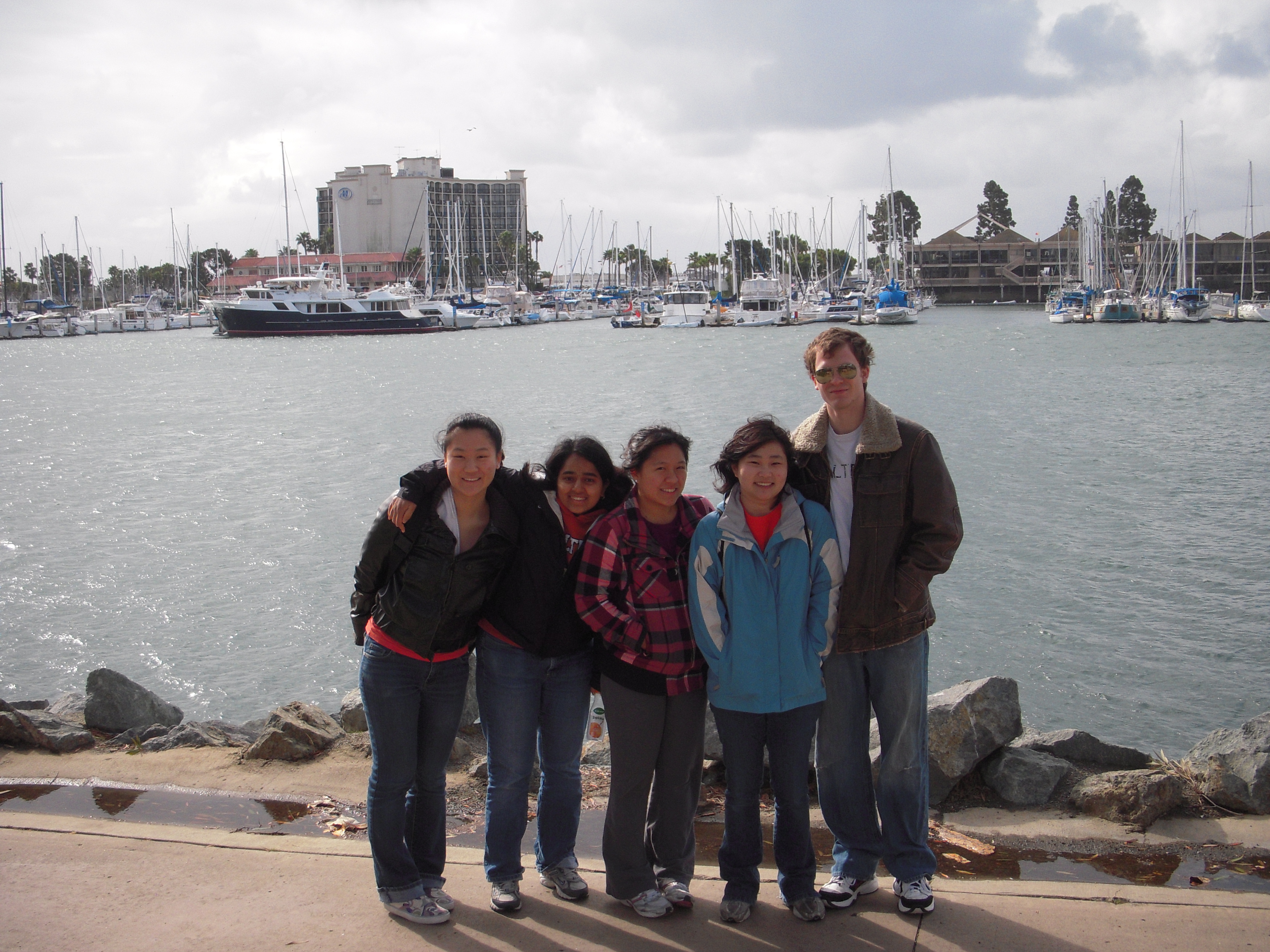 Today was the second day of San Diego ASB trip. When we were wary of the rain but this morning, we drove to Spanish landing of the San Diego Bay, which is the beach we adopted with the organization *I love a Clean San Diego*. *Adopt-a-beach* is nation wide program but is run in San Diego by I love a Clean San Diego. I had contacted and worked with the organization's volunteer coordinator beforehand and registered online, picking Spanish Landing as our beach to adopt.

When we arrived, we had a presentation on the importance of maintaining clean beaches with no trash. Martiza, the presenter from I love a Clean San Diego, showed us the huge detrimental and dangerous effects to the environment and wildlife that trash can have. For instance, she explained that many birds eat non-degradable trash such as metal bottle caps that can accumulate in their stomachs so they can die of malnutrition because they have no room to digest food. She showed us the contents that were found in a albatross's stomach and there were a dozen metal parts in the jar! In addition animals such as seals can get caught in nets as well. Then, we passed out the supplies which included trash and recycling bags, latex gloves and tally sheets to record the trash we find. This tally is important because if there is a noticeable and significant trend in what we find or pick up, then the government may take action to prevent it. For instance, the plastic loops that used to be prevalent around beaches that could strangle birds and other animals are no rarely seen. We went around in teams of two and braved the hail and rain and covered around 2 miles of beach. Popular trash items were cigarette butts (Athena and I found almost a hundred!!) and plastic wrappers like from candy.

After Adopt-a-beach, we decided to visit the USS marine aircraft carrier ship, which is a naval aviation museum, and walked around the San Diego Bay.

We saw alot of pelicans nose diving into the water to hunt for food. In addition, there seemed to be a sailing competition as the winds were perfect for sailing!

In the afternoon, the rain was still sporadically going on interspersed with periods of sunshine. We visited Balboa Park, which is anything but a conventional park: it consists of a plethora of museums, art galleries, gardens and interesting sites to see! To name a few, the San Diego Zoo, Natural History Museum, Aerospace Museum, Botanical Gardens are all associated with Balboa Park.

We visited the *Timken Museum of Art*, an art gallery that consisted of many intriguing pieces of art from France, Russia, Ireland, etc. and some American pieces.

We had front row seats for an outdoor organ concert, which is every Sunday at 2pm. This islargest outdoor organ in the Western Hemisphere with over 4500 pipes!

The organ master was Dr. Carol Williams and she played a wide repertoire of music ranging from the 18th century to contemporary music from Bach to a piece she had composed herself! We were fortunate enought to literally get front row seats-- onstage a meter away from her performing!! We got a close up view of how she played with her hands and feet, controlled the volume, changed notes and even could play different sets of drums and cymbals as well! I was mesmerized with her hand, eye and feet coordiation, the agility of her movements and the ease of which she played!

*The sound actually emits from the open slits of the pipes.*

*Next to the outdoor organ!*

Then, we visited the United Nations village, where each different cottage in the village represented many countries from around the world and not only housed interested books, artifacts, clothes, but also the hosts in each cottage were from the country and served the specialty food of the country. For instance, the German cottage served delicious tea, the English house served perfect hot black tea and the Danish house served yummy creamy pastries. We travelled around the world without leaving the US!

We also visited the Botanical Gardens and all different types of orchids of every imaginable color were in bloom!! It was a feast for the eyes and we were all taking pictures to capture the beauty.

Then, we headed to Old Town San Diego for dinner at Old Town Mexican Cafe, where we could watch ladies hand making flour and corn tortillas through the front windows. This area was unique in that all the buildings had historial architecture reminiscent of an old Western movie-- there was even a blacksmith, saloon, etc. We ordered authentic and delicious Mexican food. My chicken enchillada with green salsa was spicy and tantalizing! What a great end to the day!