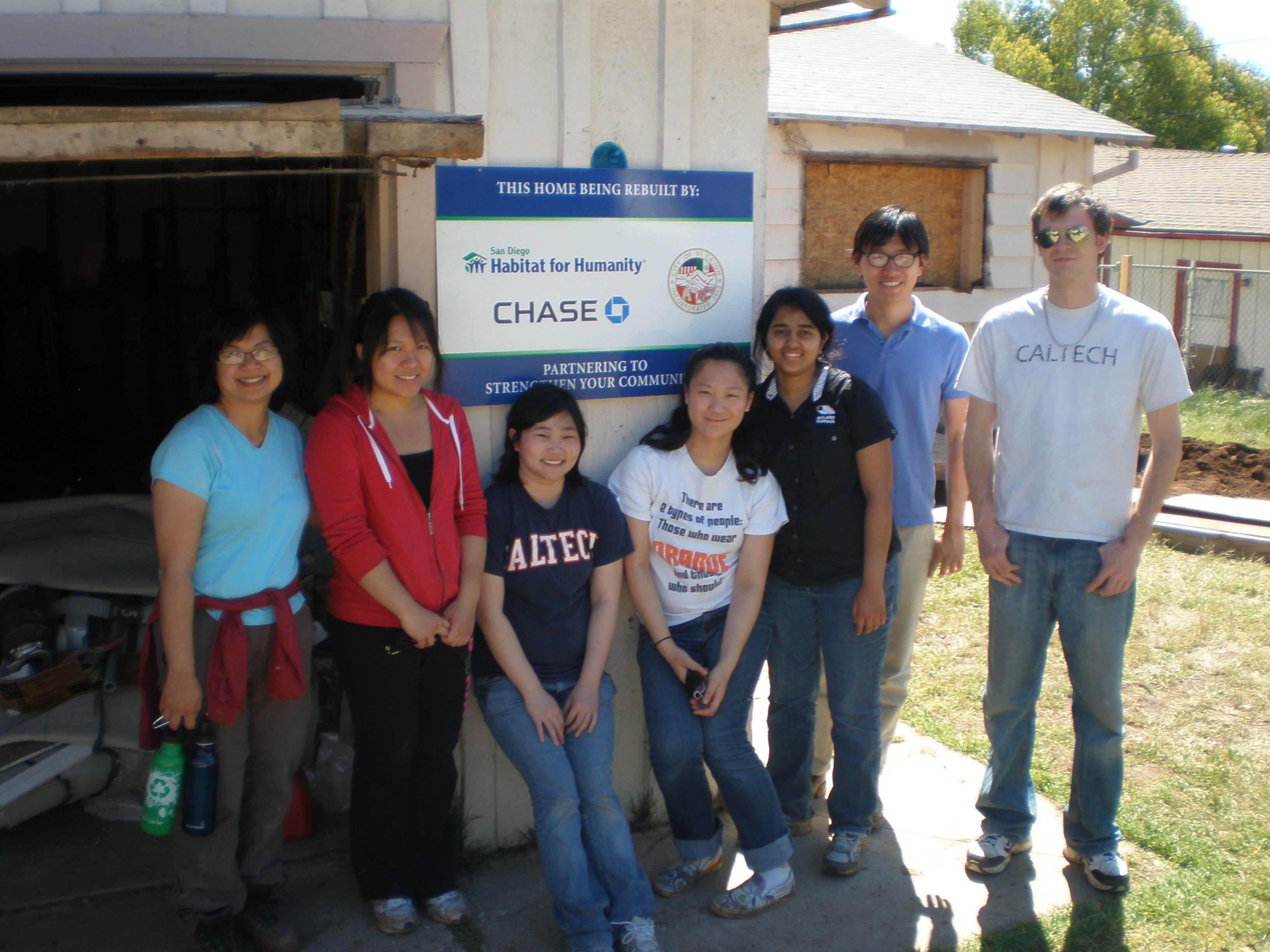 Today, we woke up at the crack of dawn for our final day of ASB in San Diego. We were excited for our shift to help rebuild a low-income family house in El Cajon with Habitat for Humanity.

We arrived at the site bright and early ready to work! The leader of the site gave us more information about Habitat and the particular house we were going to help rebuild. Habitat is a non-profit organization that rebuilds and builds houses to provide safe and affordable living places for low-income families. The particular house we worked on really needed to be rebuilt: it had not been properly taken care of for over a decade, becoming infested with rodents, termites and cockroaches and the water and electric systems were breaking down!

Therefore, this house became a Habitat house because it had health and safety issues and the homeowners were not able to afford fixing it. When this house had initially been fumagated, almost a hundred rodents that were trying to escape were caught and killed by traps!!

Habitat relies on the work of staff and thousands of volunteers to make clean, safe, affordable and energy efficient houses. Our building leader started off as a volunteer 20 years ago and is now working for Habitat. Apparently, around 15 volunteers per site help build everyday. A group of us started of working on digging a trench next to the house so that water would flow away from the house so that the foundation would not be detrimentally affected. There had been trees initially planted but had grown so large the the roots were undermining the stability of the house. So when we were digging, we found many roots stuck in the ground next to the house and had to hack at them to remove them.

We worked for a few hours to finish the project:

Then, after lunch, we moved on to our second project that was too compactly fill in the large trench for the pipe that would direct the sewage water away from the house to the treatment facility. The pipe had been designed to be at a decline so the water would naturally flow away from the house but we had to compactly fill in dirt layer by layer and not change the angle of decline of the pipe.

*Before beginning work: the sewage pipe leading water away from the house to the treatment facility. We would need to meticulously compactly fill in this trench without changing the angle of decline of the pipe.*

Thus, we filled in the dirt a few inches at a time and stamped with our feet to pack down the dirt:

*Stamping down the layer of dirt to compactly fill in the trench.*

With the beams of sunshine beating down on us combined with the toils of manual labor, we had to manage working hard and taking water breaks. We really worked up a sweat with the constant digging and filling in. In addition, we had to make sure to use proper position and posture to reduce strain and injury.

After the dirt level had reach a foot above the pipe, we could use a dirt compacter to pack down the dirt since it would not change the angle as much anymore.

We also worked on putting up insulation on the walls of the house. This will make the house more energy efficient by slowing down the movement of heat through the walls.

After a long day of toiling under the hot Southern California sun, we definitely gained a deeper appreciation for the hard work and hours needed to rebuild substandard housing and also learned about the importance of taking action providing clean, decent, and stable housing to those in need to prevent health, physical safety, and security issues.We were happy about how we could visible see the improvments we had contributed to the rebuilding process! A great conclusion to a fantastic and empowering trip that increased our awareness of the realities of the world around us especially of those who are less fortunate and put in perspective our impact on the environment!