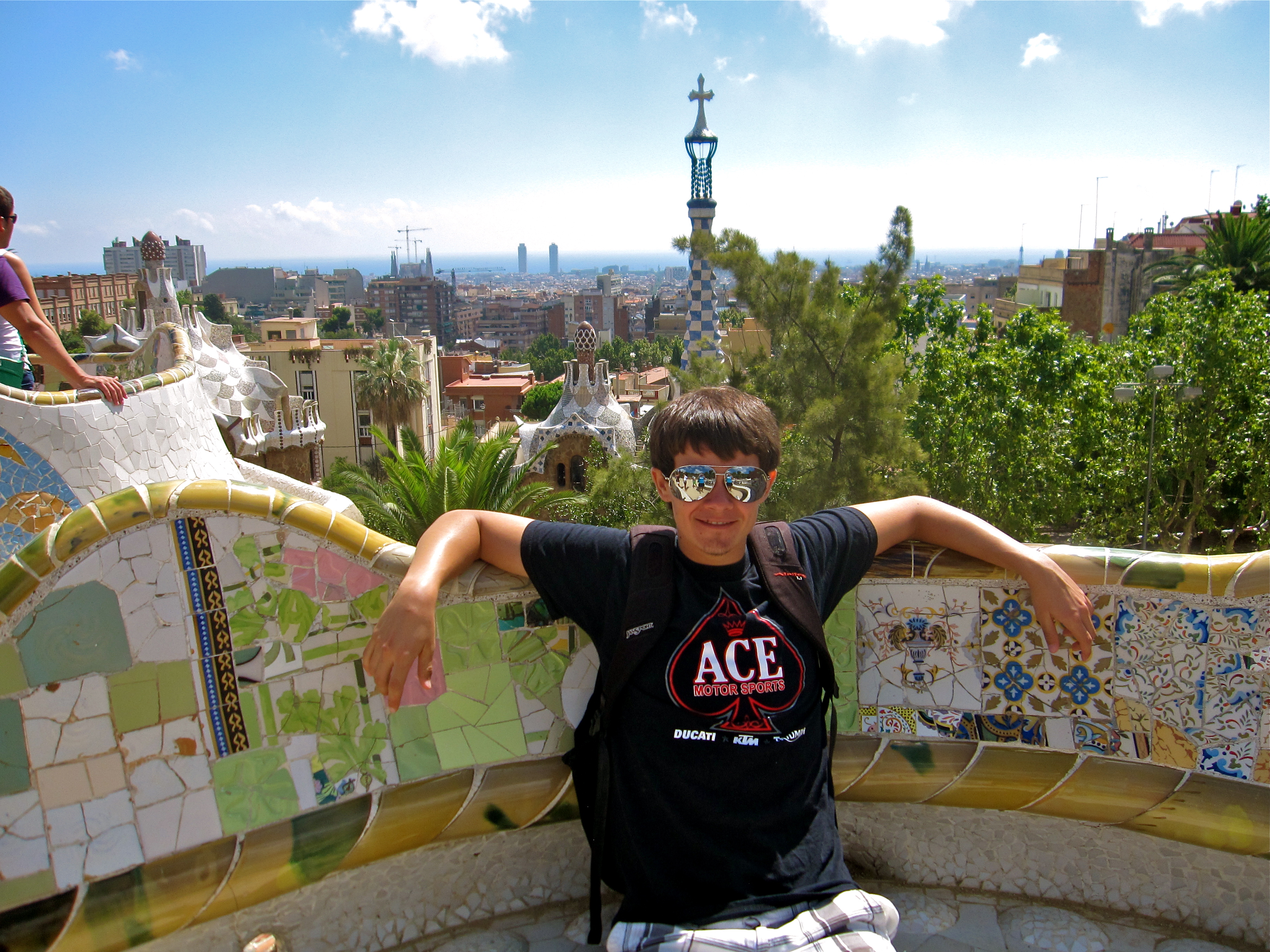 Hola! Okay a bit clichéd but whatever, I just got back from Barcelona! This was the first real vacation I have taken since coming to Caltech where I didn’t have my computer or anything to answer lab emails. It was great since after finishing up with my summer work at CERN, my friend from Lloyd, Christine, flew in to Geneva and we left last Monday to head to Spain. She is studying abroad first term in Edinburgh so we decided to go somewhere sunny before she says goodbye to it for a term. Caltech has a bunch of study abroad options with schools in the UK as well as Copenhagen and Paris, and there are plenty of Techers who take a term to go explore a different part of the world.

https://fasa.caltech.edu/StudyAbroad.shtml Barcelona was so amazingly beautiful! I have so many pictures and stories that I just can’t put it all down. We were there for a full week so we walked around a good part of the city and spent plenty of time on the beach. I really like wandering around cities and Barcelona has so many picturesque alleyways and roads to get lost in. Our apartment was just off Las Ramblas and Plaza Reial so we were smack dab in the middle of everything. I must say that Barcelona is the only city I have been to in Europe that seems to be able to possibly be considered to rival Paris in terms of size and culture (though my family is Parisian and I’m biased, but yeah Paris is the best!).

The first day Christine and I spent most of our time wandering around the gothic quarters and laying on the beach. On the second day we headed up to Park Güell to catch the view of the entire city and see all of the artwork by Gaudi. It was pretty fantastic. I really can’t put into words how amazing all of the work was, and the view. It turned out that we spent most of that day just walking up hill since afterwards we decided to see the castle on the hill facing the opposite side of the city. We decided that it was good to get all of the uphill climbing done in one day and ended up seeing the Olympic Stadium as well as a phenomenal view of the harbour and the Mediterranean. Basically, Barcelona is beautiful and everyone should visit. It’s a bit hot this time of year but there is a really nice sea breeze.

Thursday, we took a day trip to Montserrat outside of the city. There is this impressive mountain range there with a Monastery built into the mountains. The view from the top alone is phenomenal, but the architecture of the Monastery just makes it breathtaking. This is a photo taken from the train as we approached the mountain range.

We ended up not finishing all of our climbing the day before and decided to hike up to the top of the mountains from the Monastery. The view was just fantastic!

Our final day we decided to wanderer around a bit and finally visit La Sagrada Familia, probably the most famous part of Barcelona. As would be expected, the church was huge and amazing and pretty much all that is impressive in the world. I have seen many churches throughout Europe but Gaudi really made something unique with this one. To say it is monumental is an understatement.

Spending the week in Barcelona was awesome not only because the city is pretty darn amazing and the weather was spectacular but also because I got to catch up with one of my friends after the long summer. We got to catch up on stuff from the summer and discuss Ditch Day, which is coming up Tomorrow. Don’t get us wrong though, vacation was filled with hard times such as long hot days requiring multiple hour long siestas, as well as true hardships like Christine having her phone stolen by a street kid. :P But all was well overall and now we are back at CERN, waiting for our flights tomorrow. Christine will be heading over to the UK to start orientation and I am finally heading back State-side. It has been a long summer and I’m finally ready to head back to San Diego, work on some Grad applications and sleep a little before term starts. Exciting things lie ahead as I start to have phone interviews with Grad schools starting the second day after returning to the US.

At last I must reminisce about the final night of vacation when I finally succeeded at finding real Spanish hot chocolate. It was basically just a cup of super rich, melted chocolate which Christine and I spent every night searching for, trying at least 6-7 different chocolate and coffee shops. Finally I found it in the last place we looked, ironically the coffee shop right below our apartment. I know, look upon it and let your mouth water. I myself am jealous of past-me and this delicious Spanish chocolate. All I have to look forward to is the 20 lbs of Swiss chocolate that has taken the place of my clothing in my suitcase. :)

I shall wrap it up now and prepare for my travels back home. Next time you hear from me I shall be back in the USA.