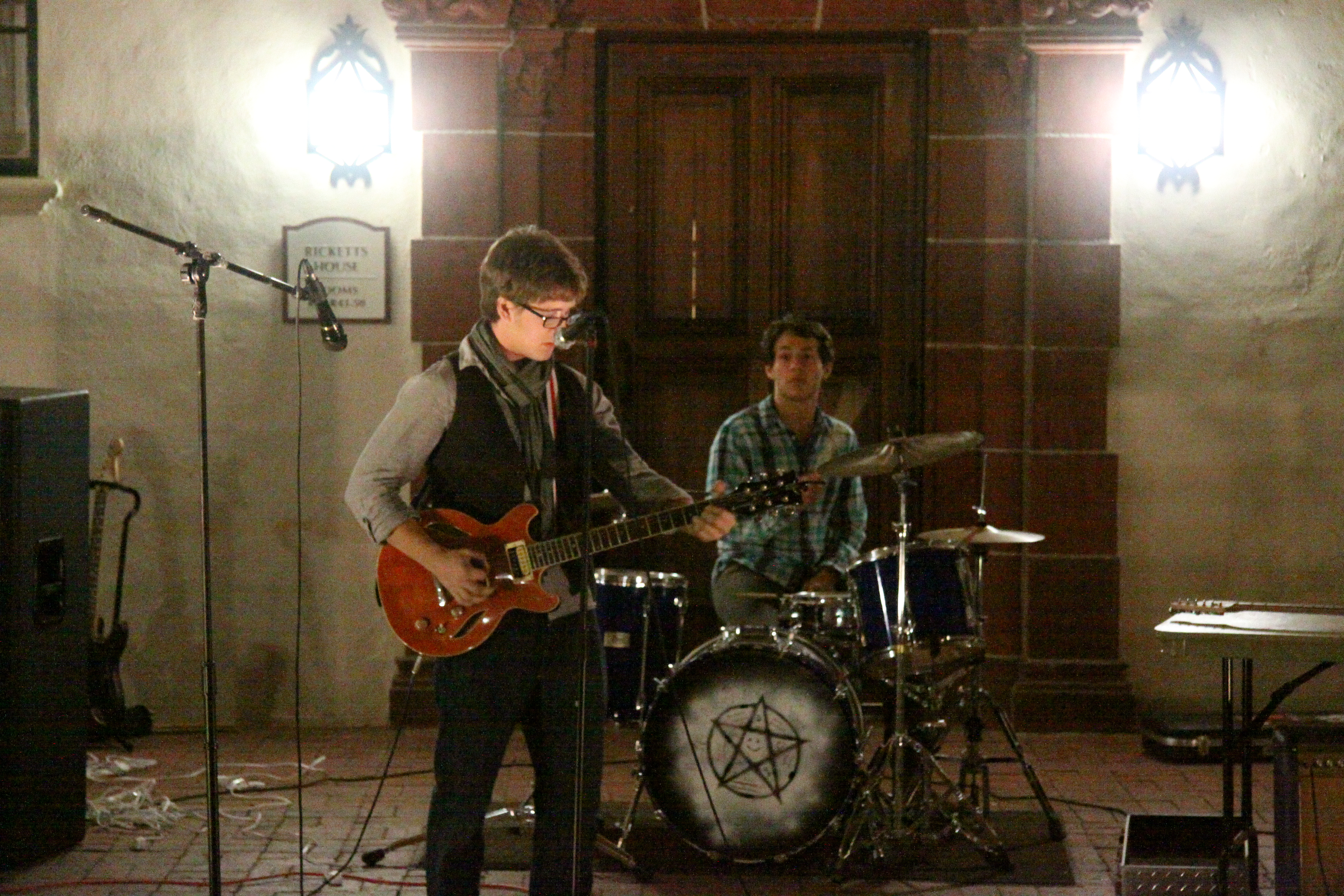 Whew! I’ve been pretty busy so far this week, and I’m just going to keep getting busier. I had my first sets due on Wednesday—one for physics, and one for orgo. The physics set took me ages and ages to do. I started working on it over the weekend, spent a few hours working on it on Monday, and then I more or less did physics through all of Tuesday. It was pretty painful. I definitely spent more time on it than should have been necessary, but at least now I understand what’s going on and will be ready for the upcoming quiz! The orgo set, thankfully, was really easy and only took an hour or so. Now that I turned in those two sets, I have an orgo quiz in tomorrow’s lecture, and my first ACM set is also due the same day. Then I have a set in ChE 64 due on Monday. Then the first math set and physics quiz due on Tuesday. And then the cycle starts all over again! Anyways, that’s enough about schoolwork. We need to have some fun! The weekend was quite awesome. On Friday night, a lot of the houses hosted different activities: Page House had “fight night,” Lloyd had a dance party, Fleming had a paint party, and Ricketts had open mic night. I attended Ricketts’ open mic, which they hold once a term. The fall term performance coincides with the end of rotation, the winter term varies, and the spring open mic is during Prefrosh Weekend. It is, by far, one of my favorite events at Caltech. For the hour or two that I was there, we got quite a variety of performances! Open mic is usually dominated by upperclassmen performing, but this time around, a good number of prefrosh came up to the mic! One played a beautiful cover of a song by The Tallest Man On Earth; another performed a song that he wrote himself; and quite a few more came up to tell [really, really bad] jokes.

Here’s Eugene on guitar and Jetson on drums covering The Tallest Man On Earth:

A group of Techers dancing to Nick’s composition:

Here’s Mathilda, a senior, and others, performing a song by The Cranberries:

And some more pictures:

Saturday night was host to the annual “End of Rotation” party. This Hawaiian-themed party was held in the Page House courtyard. It had typical party fare: food, drinks, and dancing to bad music. Good times! Here’s me with Karen [a water polo/swim smore] and Ella [another smore]:

Sunday afternoon was really exciting for all of the new students. This is because the Fleming cannon fires at 5 pm, thus signifying the prefrosh’s transition into frosh-hood.

Here’s Brice, the cannonmaster. You can also see the crowd gathered along the Olive Walk in this picture, including the gaggle/flock/pack/herd [what’s the correct word?] of prefrosh:

Even more important than the prefrosh’sascension to frosh-hood, the cannon firingis also when the new frosh find out what houses they were placed into. After the cannon fired, the prefrosh all rush to their favorite house to find out whether or not they got in. Each house then has different activities planned to welcome their newest members.

I really enjoy what Dabney does for the new frosh: we welcome them with hugs! Also, not only do we get a delicious free meal of Thai food and hang out with our new housemates, but we also rented a bouncy castle! This year, Carson, a fellow smore, made some incredible bubble mix, which we were also playing withthroughoutthe evening.

The poster with all of our new frosh:

Welcoming a new frosh with hugs:

The bouncy castles right as somebody was climbing on top of them…:

[Yuehan, a member of the men’s water polo team, wafting the bubble upwards]

[That’s me right there, in the striped shirt, trying to pop the bubble…] And… That’s it! I’ll be writing again really soon. Expect to hear about my new chamber ensemble and tonight’s men’s water polo game against Connecticut College! -Jennifer