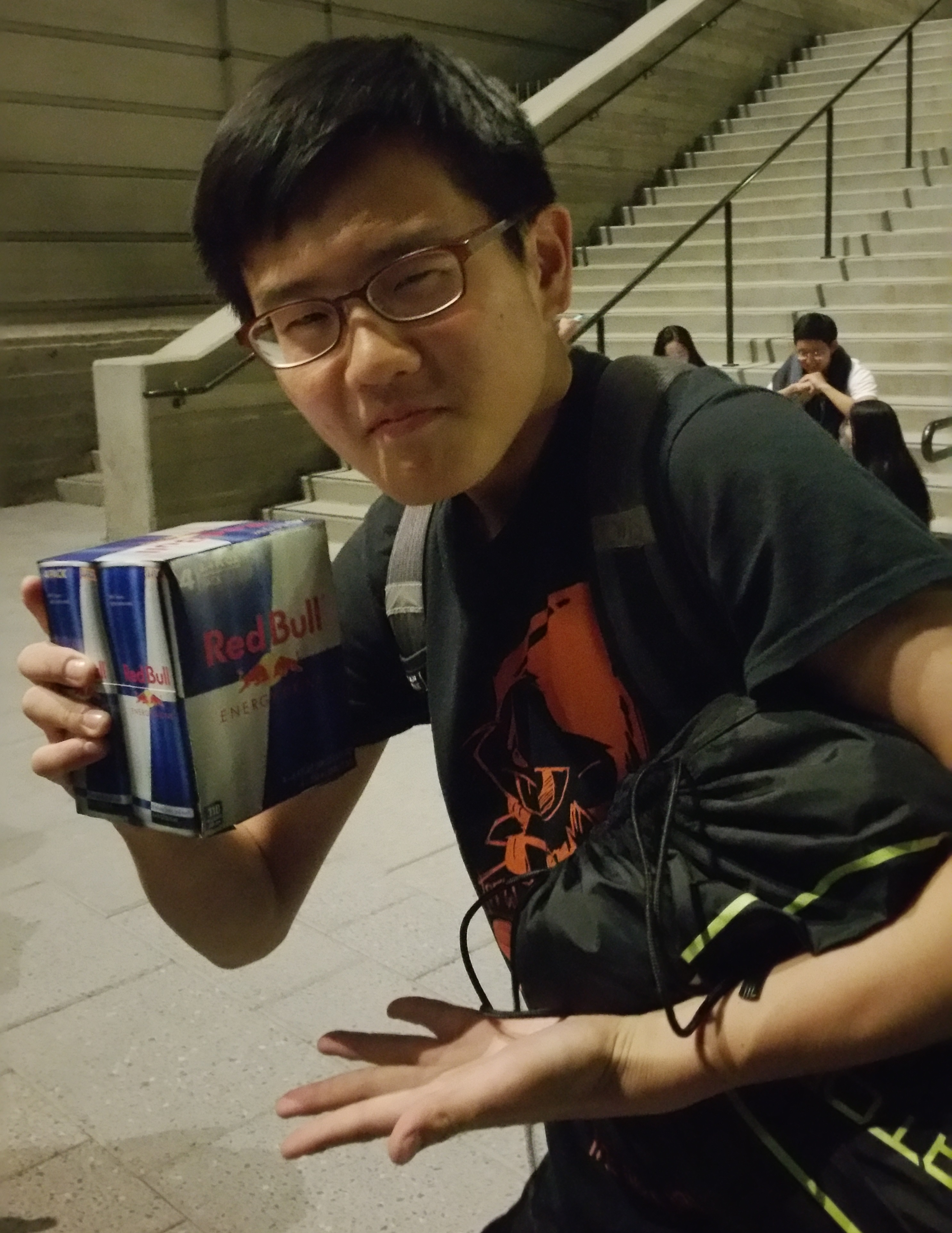 Sorry. Had to get that one out of the way.

Anyway, I’m Anne, and I’m an Averite in Caltech’s class of 2019. I’m originally from Houston, TX, I’m on the fencing team, and I also sing in Caltech’s only all-female a cappella group, the Pipettes (along with my fellow bloggers Gloria and Jenny, whose posts you should definitely go check out). I’m a prospective EE or CS major, and so before term started, I scoured Major League Hacking’s website for a good hackathon to attend.

I was overjoyed to find Cal Hacks 2.0, a West Coast hackathon at UC Berkeley, near the beginning of term, when I figured I would be less bogged down with homework, and immediately set to applying. I found out I got in a few days before flying out to Caltech, and spent the first few weeks of term counting down to this first hackathon experience.

I got an Uber over to USC with some other Caltech students, where Berkeley sent a bus for all the USC/Caltech/Harvey Mudd kids. We left around noon on October 9th, a Friday afternoon, and the first thing that happened when we got on the bus was that the organizers handed everyone a 4-pack of Red Bull. Considering how much sleep I heard I’d get (spoiler alert: none!), so far, so good.

Andrew and his Red Bull haul.

The bus ride took about 8 hours. I spent about half of it stumbling through Math 1a, and the other half sleeping. A tip for if you ever find yourself in the middle of California: bring something to do that doesn’t involve the internet. There was no signal out there for hours (okay, more like 5 minutes) at a time.

As soon as we arrived, the line for registration stretched out the door. By the time we got inside California Memorial Stadium, where the hackathon was being held, all three floors dedicated to the hackathon were packed. (We may or may not have sneaked up to another floor and gotten ushered away by a security guard…) We ended up waiting on the fourth floor for a spot to clear up, and missed the opening ceremony. Eventually, the organizers shuttled all the UC Berkeley students back onto campus, and a kind volunteer found us a cleared-out spot.

The maximum team size was 5, so Andrew, Chen, Advith, and Robert, 4 super-nice upperclassmen, invited me to join their group. We spent the next 36 hours creatingventurso.me, a webapp that takes in a time range, a starting location, and anending location, and plots out an itinerary that can be saved to PDF and printed. It also brings up a map and a list of all nearby venues, so the user can mark their preferences about locations to avoid.

If I told the story of the 36 hours from beginning to end I’d probably never finish this blog post, so I’ll just give some highlights:

On a more serious note, no matter what major you’re thinking about pursuing, I completely recommend attending a hackathon sometime during college (or even during high school!), because it’s a very different coding environment than school assignments. It’s a place where you can bounce ideas off other creative, motivated individuals to create something you’re excited about, not just something you were told to do. Knowing how to code opens up so many possibilities that might not be easy to see in a classroom environment, and hackathons are where you can really start to explore those opportunities. Hackathons are especially great on pass-fail, because there’s less worrying about grades and more just having a great time hacking and solving problems.For more info, check outMajor League Hacking’s website.

If you don’t have any coding experience, HTML/CSS and Javascript at CodeAcademy and other web tutorials are awesome for getting started, and I also recommend learning how to use GitHub to store your code in the cloud and work on open-source projects. And don’t be scared off by the application process! A lot of hackathons love taking in people who are just getting started out. The worst thing that can happen is they say no, and the best thing - well, that’s up to what you end up creating, isn’t it?