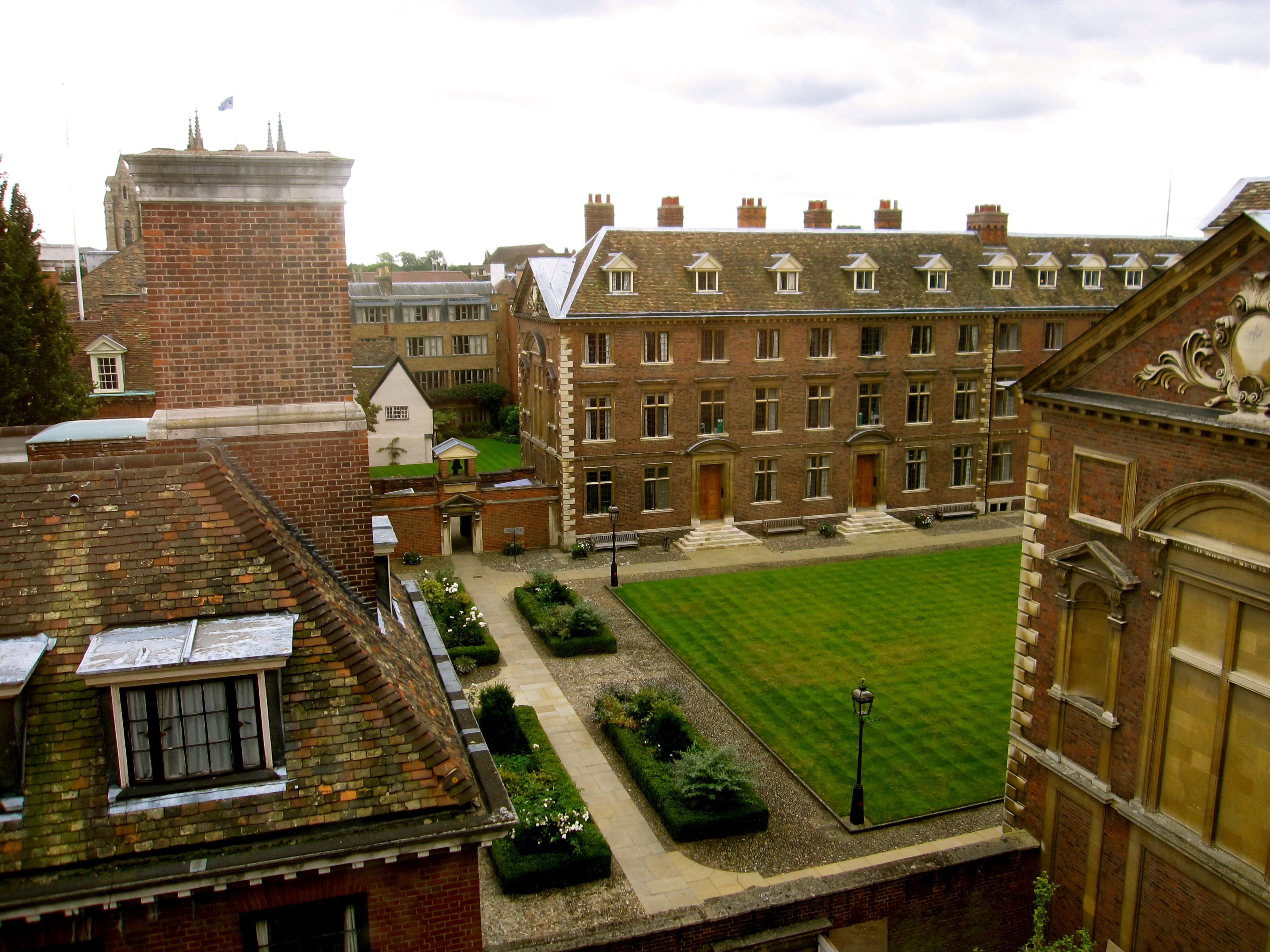 Since I left Paris I have been visiting Cambridge, sort of as a college visit and somewhat as just a chance to see the UK. It has been pretty fun getting to walk through all of the historic colleges and see the difference between the American and British systems. Since I went to Ecole Polytechnique last week I am now comparing all three of the American, British and French systems for possible graduate schools, very tough decisions. It is sad that I find it easier to overhear conversations in French than in British English. I guess I’m not very good with English accents.

So far I have realized that this weekend in Cambridge has been colder than any winter I experienced in San Diego and I’ve seen more rain than before. Despite this, there have been a few rays of sunshine and the town is beautiful. I am staying in St. Catherine’s college and have this awesome view out over the courtyard.

The university atmosphere is completely different from Caltech as it is much more Old World-like and formal. The general mannerisms here are far more proper. It’s also amazing how grandiose the architecture is. After seeing the undergraduate dorms here I have become quite jealous and have a few questions for housing, namely, “why don’t I get to live in a castle?”

I know we get to see him every year at Caltech but it was also pretty cool to see the office of Professor Hawkings in the college of Gonville and Caius. He comes every year to Caltech usually for a month or two but it was nice to see where he works.

Then finally today I went out for a drive to see the coast. Not quite the same type of beach as I’m used to in San Diego but hey, there was water. I have now seen the traditional Pacific waters that I’m used to in San Diego, the crystal clear glacial waters of the Alpine lakes, the glowing Mediterranean and now the murky Manche (Or British Channel for English speakers).

It has been fun getting to tromp around England and spend this weekend in the Cambridge area. I got to stop by the Cavendish lab to see where the physics labs are here explored the old colleges. It’s definitely a cute little area. Now I just have one last day with my parents until they return to the States and I head off to the European Nuclear Physics Conference in Bucharest!