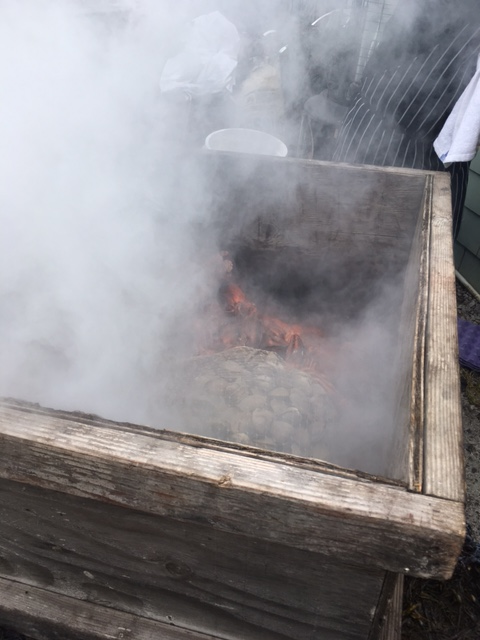 Facebook treats employees extremely well - and I do mean treats in the literal sense! The team I am on, Messenger Growth, had their offsite in Half Moon Bay. Everyone who wanted to attend drove down or took a lyft. There were even some engineers from Seattle who had come down for work, and were able to join everyone on the team in going to the offsite.

In the end, around 40-50 people from the team participated in the offsite. We went for a clambake, with tons of food served, ranging from crab cakes to full lobsters. I cracked and peeled my first lobster that day, under the guidance of some more experienced employees. However, even though the lobster was amazing, I still thought the little breaded balls of crab were the tastiest thing there. It definitely topped the clam chowder and vegetable crostini for me.

The craziest thing there was the lobster eating contest. The last offsite that my team had was also a clambake at the same place. I heard that one engineer had actually eaten 6 lobsters. So running up to our offsite, there was a joke that whoever could beat that record could take the lobster crown (which was actually a stuffed lobster hat). At the offsite, there were three engineers who were trying to make it to 6 lobsters. And two of them succeeded - the same engineer from last time and a new contender. If we hadn’t run out of lobsters, I don’t know who would have won. But the two tied in the end, each having eaten 6 lobsters and one claw.