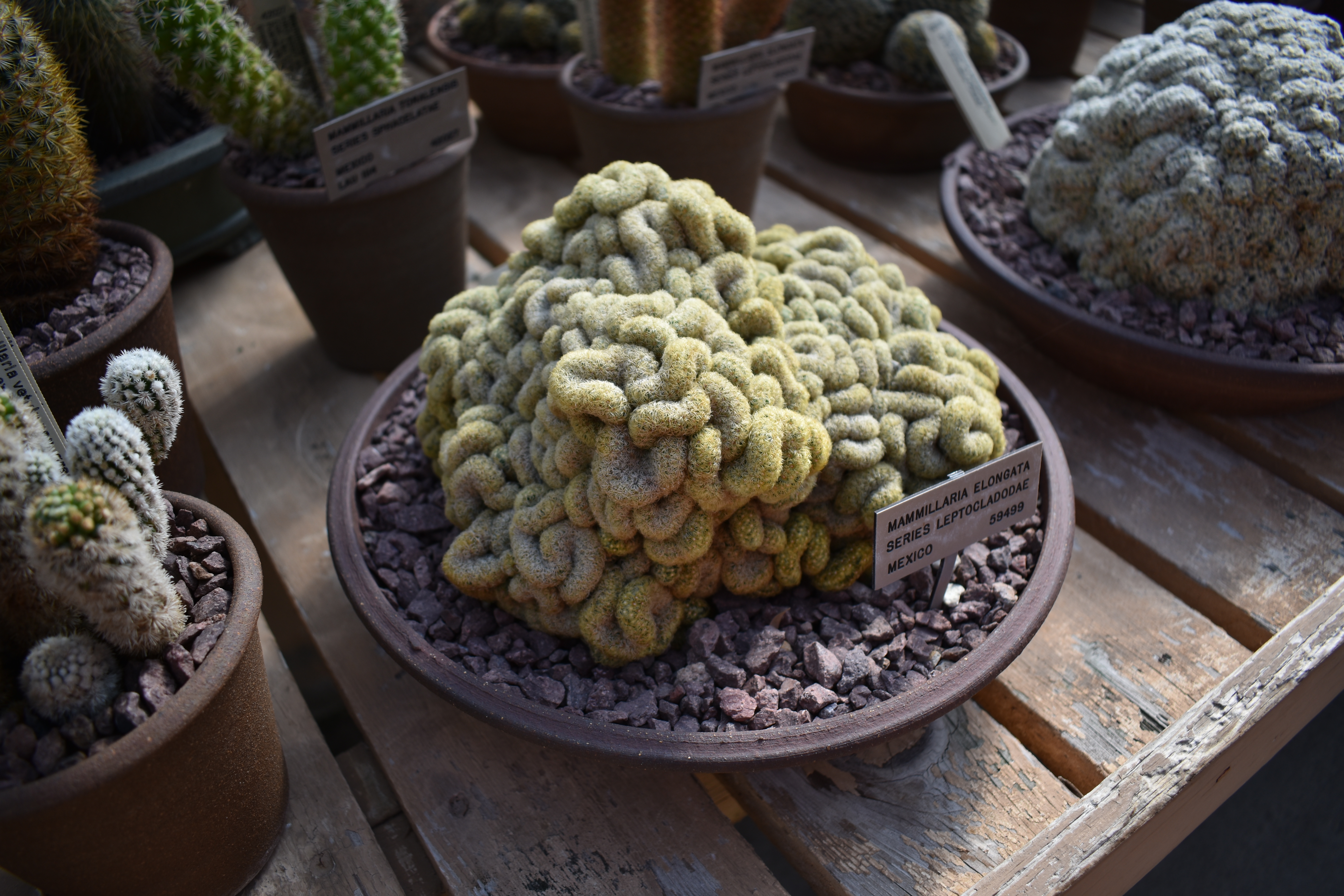 Succulents at the Huntington Gardens

What type of plant is prickly and ugly—nothing but a nuisance? Not cacti, I’m now convinced after visiting the Huntington Gardens. Only a fifteen-minute walk from campus, Huntington contains twelve themed botanical gardens, one of which has a conservatory full of succulents both soft and spiny from deserts in Africa, Mexico, and more. Some were so adorable I wanted to pet them; others were whimsical, even fantastical, as if spawned in the imagination of Dr. Seuss. There were succulents with spines like silk and flowers like fire. Some were spherical, others were angular, and one was lumpy and tubular like a brain. Most plants were arrayed in little containers on long tables, but others dangled upside down from hanging pots. Here are a few of my favorite sights from the conservatory.

Your stereotypical succulent Meeting all these cool cacti made the Desert Conservatory one of my favorite parts of the Huntington. Maybe being prickly isn’t such a bad thing after all.