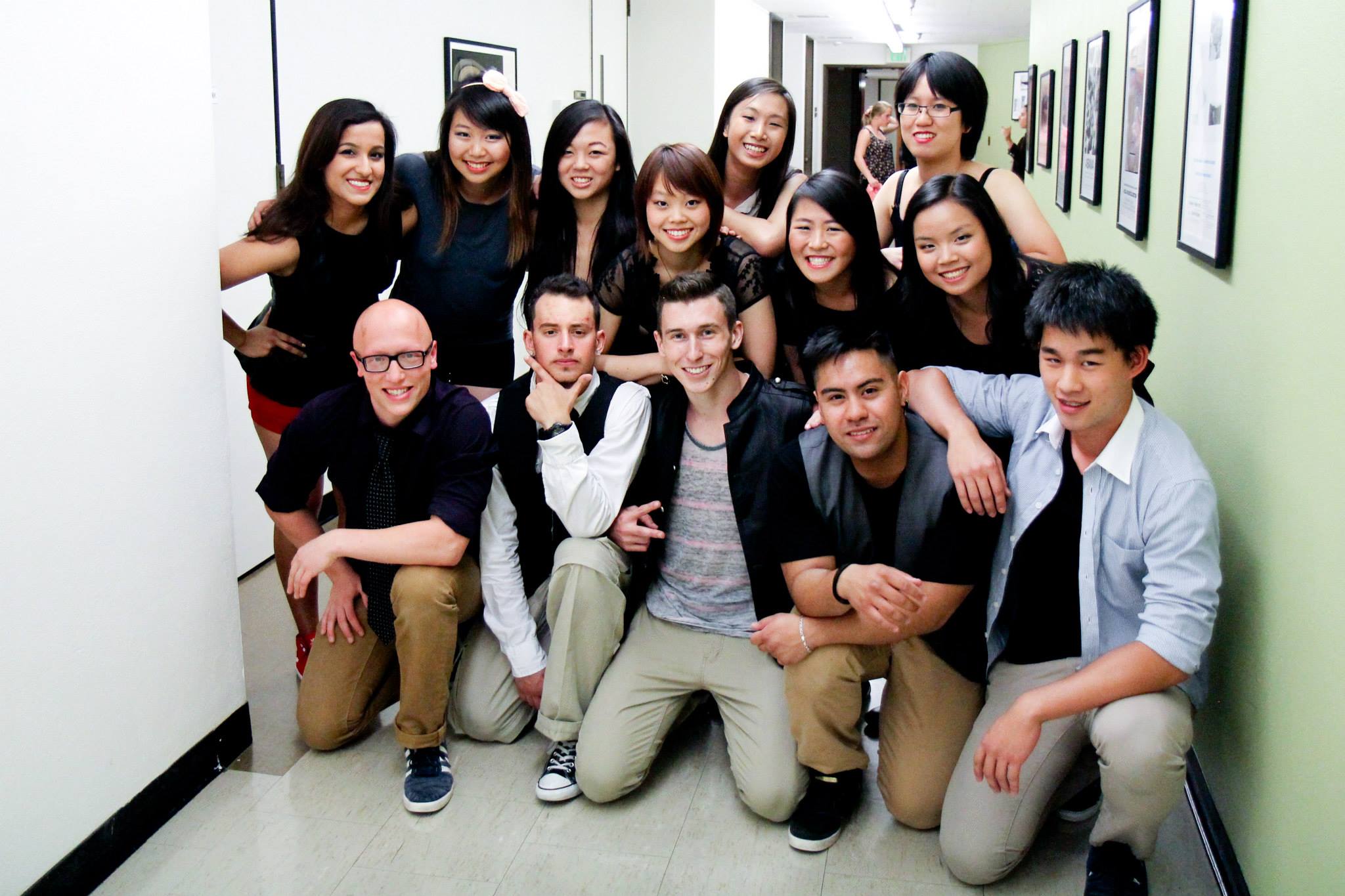 One of the great things about being out here in LA is the close proximity to some of the best dance studios ever. During Prefrosh Weekend, my friend Cynthia took me to my first hip hop class.

Over this past year, I’ve been attending hip hop class every week. We learn a bit of choreo–two or three eight-counts, usually–within an hour. It’s really fun and a great breather from my academic classes. I’d never actually heard of a lot of the songs that we danced to, but during the course of this year, I started recognizing a lot more songs on the radio on stations that I don’t normally listen to. I could dance to them, too!

By the end of second term, the annual spring dance show was nearing, so we started focusing on a few pieces for the performance. The final song ended up being a mash-up of three different songs, “End of Time” by Beyonce, “How Many Licks” by Lil’ Kim, and “Let Me Show You” by Travis Garland.

The Music (: The three weeks before the show were the most demanding but also really fun. Countless nights were spent in Lloyd dining hall--they have huge windows that function perfectly as a mirror in the evenings--practicing the choreo. It was tough to get everyone there at any one practice because everyone's so busy, but we pulled through and surprised each other during dress rehearsal. The show happened for two nights. It was my first time performing in front of a huge audience, blinded by the bright stage lights. We had quite a few amazing acts, representing a range of styles from ballet and tango to Bollywood and Korean pop. I met dedicated dancers and learned to draw my faceà la stage. Meet our crew! \m/ My dance buddies and I went close to the end, so I spent much of both nights peeking from behind stage or watching the tiny black-and-white monitor with our lovely stage manager, Robyn. She told me about the time she dropped the curtain on Elizabeth Taylor and other stories from her long career as a stage manager. When the time finally came for me to dance, I got exponentially nervous. Opening night, when the first beats of "End of Time" played, I instinctively marched out on time and got myself through the first few motions before my brain kicked in. Practice paid off, and we got loud cheers and applause. (': I took it just for fun--you know, you gotta try hip hop if you're in LA--but I feel like I also learned a lot about being bold and just trusting yourself enough to go with it. It helped that the stage lights kept me from seeing the audience, but it's so true: Even academics have chances to perform and present themselves, be it research presentations or interviews, and opportunities like this are worth the time because it's not all just about being book-smart here. Or anywhere. So yeah. That happened. (: I highly recommend it. 10 out of 10 would do again. Depending on my schedule next year, of course. (; Your Newbie Dancer, Jenny. PS: Maybe I'll post a video later!