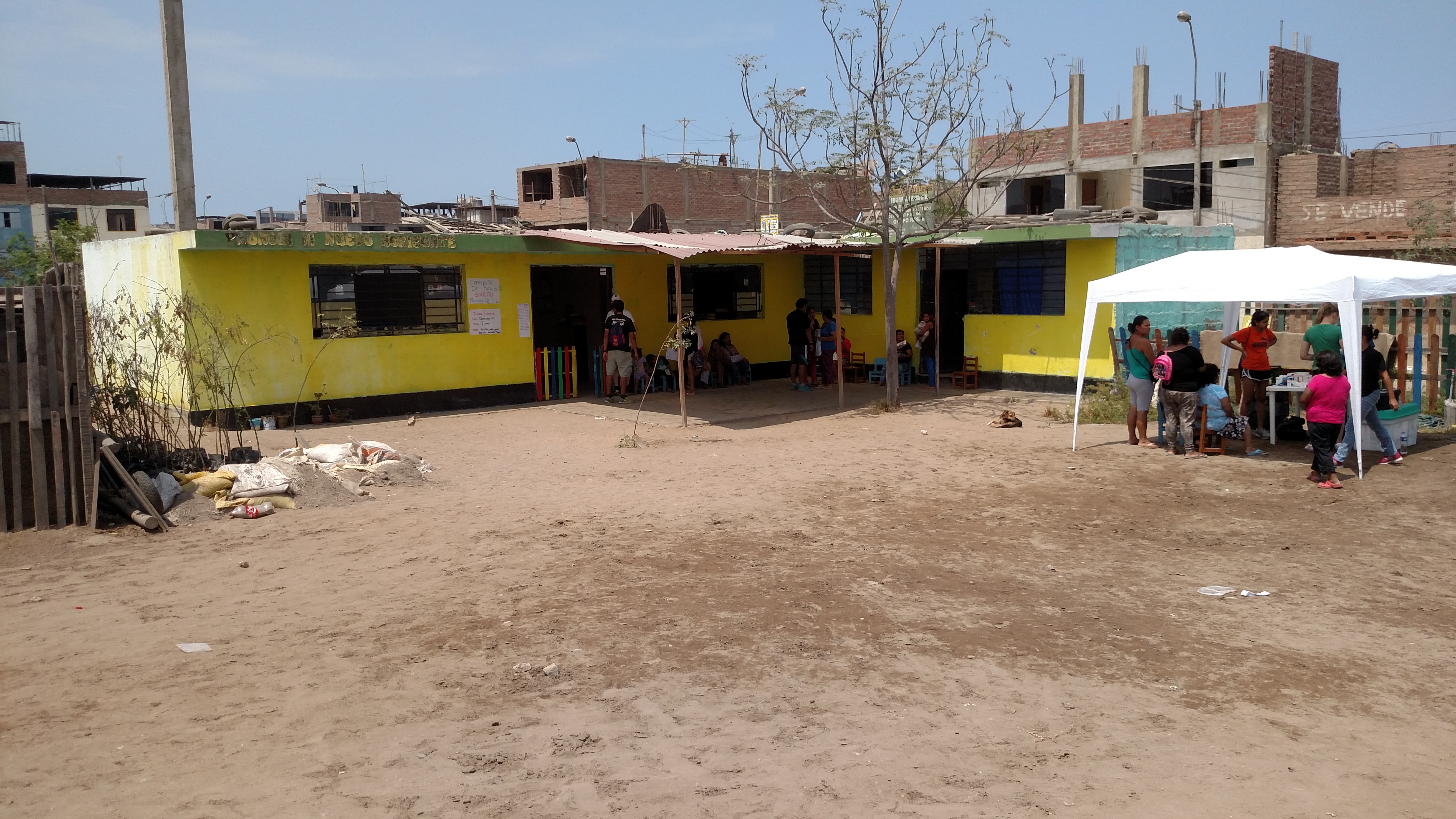 Day 5: Wednesday, Mar 23 I’m really tired today. There was noise in the common area until midnight. Jenny keeps her toothbrush in a crinkly supermarket bag and she woke me up at midnight (and again at 4:30) trying to brush her teeth. Plus we can’t close our window to the common area, so we hear when the kitchen staff starts preparing breakfast at 4am. Ugh. I need sleep.

We set up today’s clinic in a schoolyard. Children were already outside waiting for us. They waved as we pulled up in the bus. We set up like yesterday, with 3 doctors, a dentist, an OB, and some peripheral tents. People lined up as soon as we were ready.

My first station today was tooth brushing. This is for kids 1-12. They come and we give them toothbrushes, demonstrate tooth brushing, and put fluoride on their teeth. A bunch of kids lined up immediately and we hustled trying to pour enough water because the water jug was kinda awkward.

Once the tide of kids slowed, a couple of kids came just to hang out with us. They wouldn’t say their names, but they were two girls about 3 years old. They wore princess t-shirts and played with the dogs that ran around the yard. One girl put flowers in my hair and told me it was magic. It was tough to talk to them because unlike their parents, they didn’t speak clearly and slowly just for me.

Occasionally a family would walk up and we would work with the kids. One girl was afraid of toothpaste and we tried to get her to brush with it, but we couldn’t. Her parents said they’d tried all different kinds of toothpaste but she refused it all. I think they were hoping we’d have some increased expertise. I told them they could try talking to the dentist. There was also a young boy slung on his mother’s back whose mom brushed his teeth for him. He was not happy about that.

At 11, we switched shifts. I had a rotation with a different doctor. She wasn’t nearly as nice as Carlos. Our first patient was a baby who had stopped eating. Andrea (the doctor) finished her text to her friend and asked the mom what his favorite food was. When the mom said “papas fritas” (french fries), Andrea launched into a tirade about how she needed to feed her son better. The mom kept trying to tell her that he ate other foods but Andrea kept talking. She gave similar rants to all her overweight patients. When I took my lunch break I talked to another girl on my shift, and any other Spanish speakers who had been assigned to Andrea. We agreed she was behaving awfully and someone must have brought it up to Ricardo, because he came to talk to her a little after I got back. She was a little kinder after that.

Once again, the dental and obstetrics stations were last to finish. I think those are the services the permanent free clinic doesn’t provide. I napped on the bus while the obstetrician finished up. We left around 2. I’m getting a little tired of these buses. When I sit facing forward, my knees dig into the seat in front of me. These buses are designed for much shorter people.

We got back at around 3. I was dying, so we went to get coffee at the Arabica Express. We had a good time in that area. It was maybe half an hour’s walk away from the hostel, on Calle Berlin or thereabouts. There were some fun little bars in that area that actually had people in them. I might try to make a return visit.

The coffee was good. I don’t think I perked up much after, but it was tasty and I like exploring. We only got back maybe half an hour before today’s meeting.

The presentation was on development and infrastructure. Roads, water, etc. The roads in the poorer areas are an important access point to education - if a child has dirty clothes when they get to school, they may be sent home. It’s hard to keep clothes clean on the dusty, steep roads. After our first day in San Juan de Miraflores, I thought I had a tan. It turned out to be dirt.

We had a quick reflection activity before dinner. I met an intern named Chelsea.

We hustled out after dinner to get to the Inca Market before it closed at 9. It turned out to be a great place to buy souvenirs and not much else. I thought it would be more of a craft market.

I showered when we got back, and read Go Set a Watchman. It’s a very good book. I tried to connect to the wi-fi to find out what’s going on with my lease for the summer, but I was unsuccessful. I went to bed at 11.