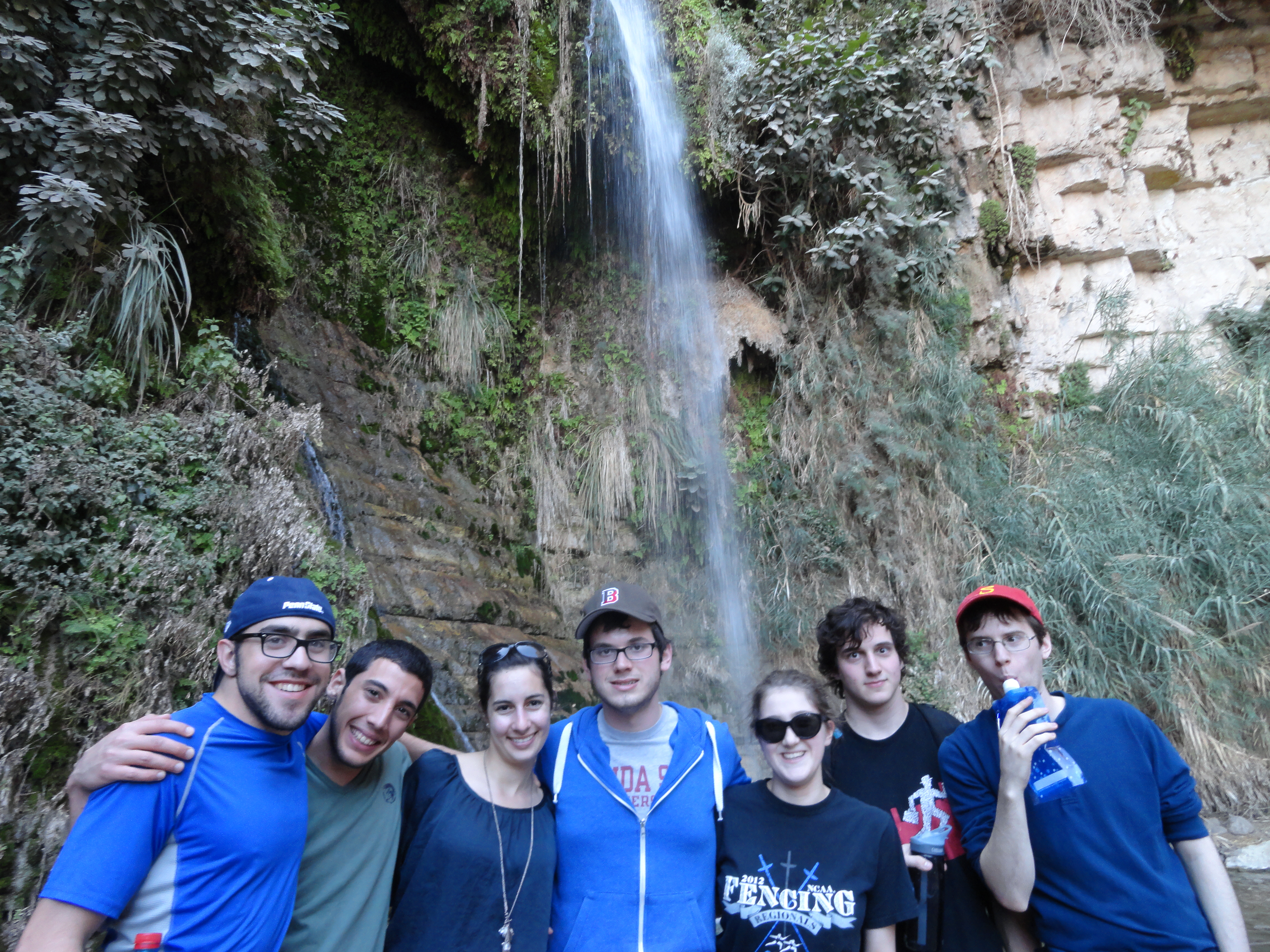 So, after the much longer hike down Masada, we went to the Ein Geidi nature reserve. Because after a long hike, it makes perfect sense to go take another long hike. All complaining aside, though, Ein Geidi was beautiful. Within the first few minutes, we saw several ibex and other native animals.

The hike was fairly short, and at the end we found ourselves at King David’s waterfall. We took some fun pictures, climbed on some rocks, and said hello to a group of Italian nuns also visiting the waterfall. Since we were all still tired from Masada, the visit was pretty chill and we kept it short.

Obligatory group picture with obligatory waterfall Next, we were off to the Dead Sea! You’d think that there would be at least a little bit of an off-season in the middle of December, but this place was packed! There was plenty of Dead Sea to go around, though, so it wasn’t a big deal. First, we covered ourselves in Dead Sea mud, which is supposed to contain all sorts of minerals that are good for your skin. It wasn’t able to heal my poor sunburned shoulders, but it did make everyone’s skin really soft.

The Dead Sea itself was a lot of fun. I knew, of course, that you could float, but it’s amazing how easy it is! If you haven’t been there, how it works is basically that you try to sit down in the water, and suddenly your feet come out from under you and you’re floating! You could actually just float around a read a book or something for as long as you like.

Just floatin’ Our last trip of the day was to Jerusalem for New Year’s Eve. We all went downtown around 10pm and hung out in the shops and restaurants and waited for midnight. There’s all sorts of places to go in downtown Jerusalem, and a group of us wandered around for a while before settling on somewhere to go. We celebrated the end of 2012 and the beginning of 2013 together, got some apple pie and ice cream in a café, met up with one of Liana’s relatives, and then headed back to the hotel for a much-needed good night’s sleep.