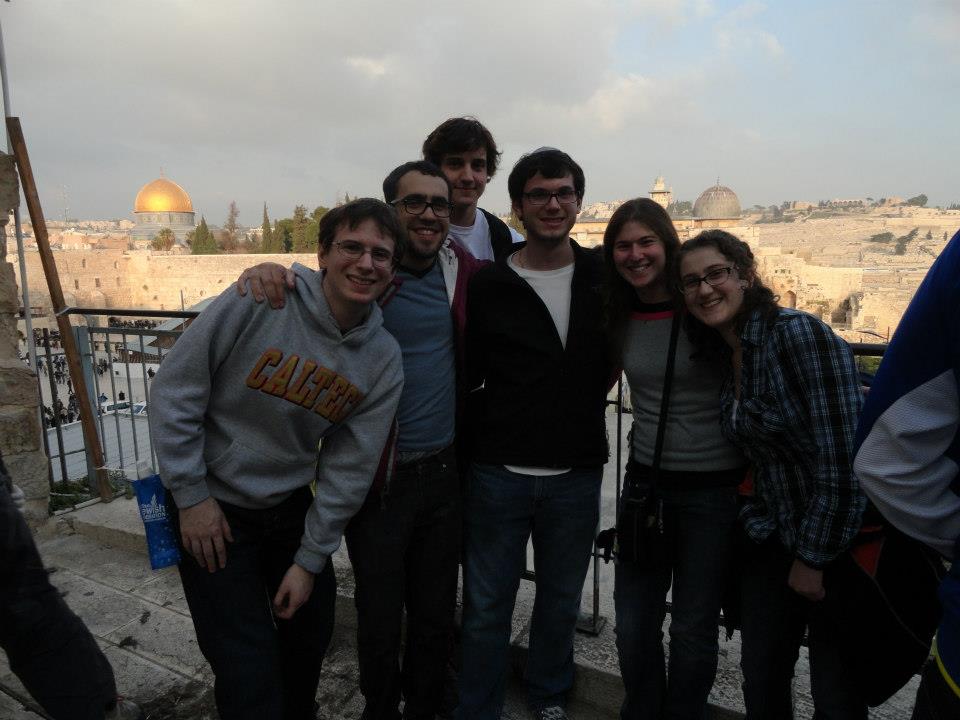 Of course, we didn’t get the good night’s sleep we wanted, because we had to be up bright and early for a full day in Jerusalem! We started the day with a tour of Hadassah, a major hospital in Jerusalem. The foundation has hospitals, medical schools, and research facilities all around Israel. And it all began as a women’s Zionist movement in America! As tired as we were, it was pretty cool to see.

Next, we went to Mt. Herzl, Israel’s military cemetery. We first saw the graves of some of Israel’s most important national leaders, like Theodor Herzl, the founder of modern Zionism, Yitzchak Rabin, and Golda Meir. Afterwards, we went to the military cemetery where IDF soldiers who fall in the line of duty are buried. The soldiers with us told us the stories of some of the soldiers buried there, and we had time to walk around the cemetery and look at the pictures and stories that loved ones had left on the graves of the soldiers.

At the end of the day, we went to the Kotel, or the Wailing Wall. The Wall is one of the holiest sites in Judaism, as it is the Western wall of the courtyard built to hold the now-destroyed Second Temple. It is a tradition to write a note, usually some sort of prayer or request, and place it inside the cracks of the wall. It’s not as easy as it sounds, though, as the Wall is almost always crowded. If you wait, though, you can get up to the front, place your note in the Wall, and stay there and pray for a short time if you want to. When you leave, you generally walk backwards away from the Wall until you reach the entrance.

At the Temple Mount, right before the entrance to the Kotel

After our trip to the Wall, we had some time to explore the Jewish Quarter. It has a different feel from the rest of the places in Israel we’ve visited, sort of a historic meets modern. You walk down narrow cobblestone alleys and see everything from old-fashioned bakeries (marzipan, yummmm) to gift shops to Apple stores. We went all the way from the Jewish Quarter to the front gate, where all four Quarters (Jewish, Muslim, Christian, and Armenian) meet.

Then it was back to the hotel so we could try and get some sleep before our last day in Israel!