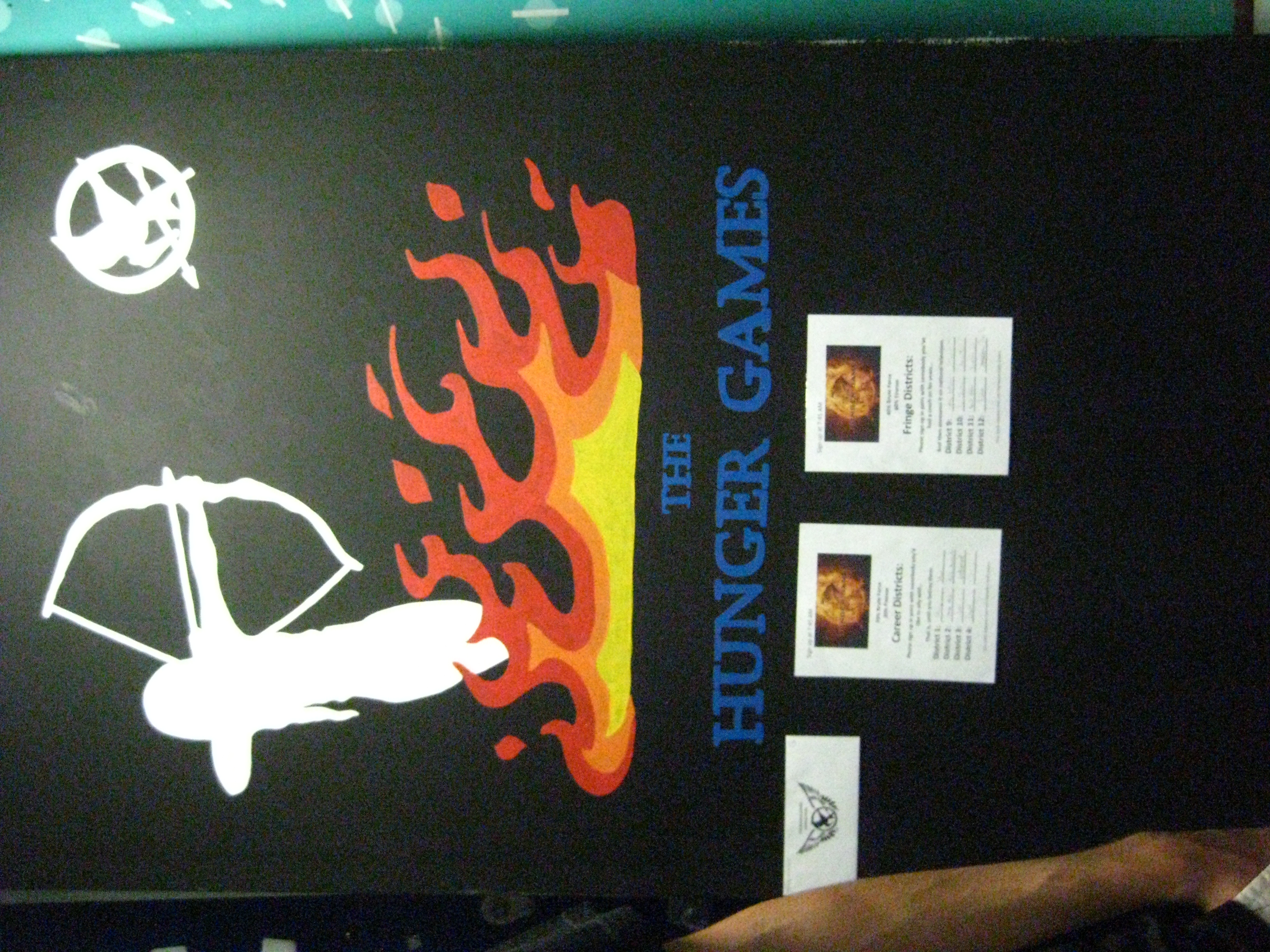 Sorry I’ve been so M.I.A. for the last few weeks! Midterms hit and then suddenly it’s been a month without blogging! :(

So that time of year has rolled around, when everyone’s on the edge of their seats for that mysterious senior tradition to roll around…

In case you don’t know, Ditch Day is the day when the seniors run around the house at 7:45AM, banging on the doors and screaming, “WAKE UP!!!!” They’ve spent all of third term creating these elaborate “stacks,” which is the word for “puzzle/scavenger hunt/smashing things/adventure.” After everyone is up and out of bed, you sign up for one of about five or six different stacks and the fun begins! Traditionally, when you ask a senior when Ditch Day is, they’ll reply, “It’s tomorrow! Go to bed!” So no one really knows when it’s gonna be :)

*sorry some pictures are sideways… I could NOT get some of them to rotate correctly!

This was the stack I signed up for!!

Even though I’ve never seen or read The Hunger Games, I followed along with the reenactment pretty well. Two alums, Kyle Verdone(who was a blogger last year!) and Pallavi Gunalan played Seneca Crane and Effie Trinket. It was hilarious!!

Each of the “Districts” had colored bandanas that we got to decorate and wear however we wanted. Here’s me and my partner Katherine for District 3!

This is a stack from another House. It was right next to ours and looked really cool :)

Solving more puzzles! This is a KenKen puzzle, which is similar to sudoku but with more math!

At lunchtime, all the undergrads went to have a barbecue :)

Unfortunately I didn’t take any more pictures after that point. After lunch, we drove to a super secret location and had no idea where we were going. Some seniors took us to a field where we began the finale of The Hunger Games by playing a super intense game of flag football! We each had two “lives” (flags) and got to chase each other around and find clues that would help us win. After all that, a lot of people went to the beach to have another barbecue for dinner (I stayed behind to nap). At the end of the day, it was an excellent stack and a fantastic Ditch Day!

So go to bed (pre)frosh! Ditch Day is tomorrow :)