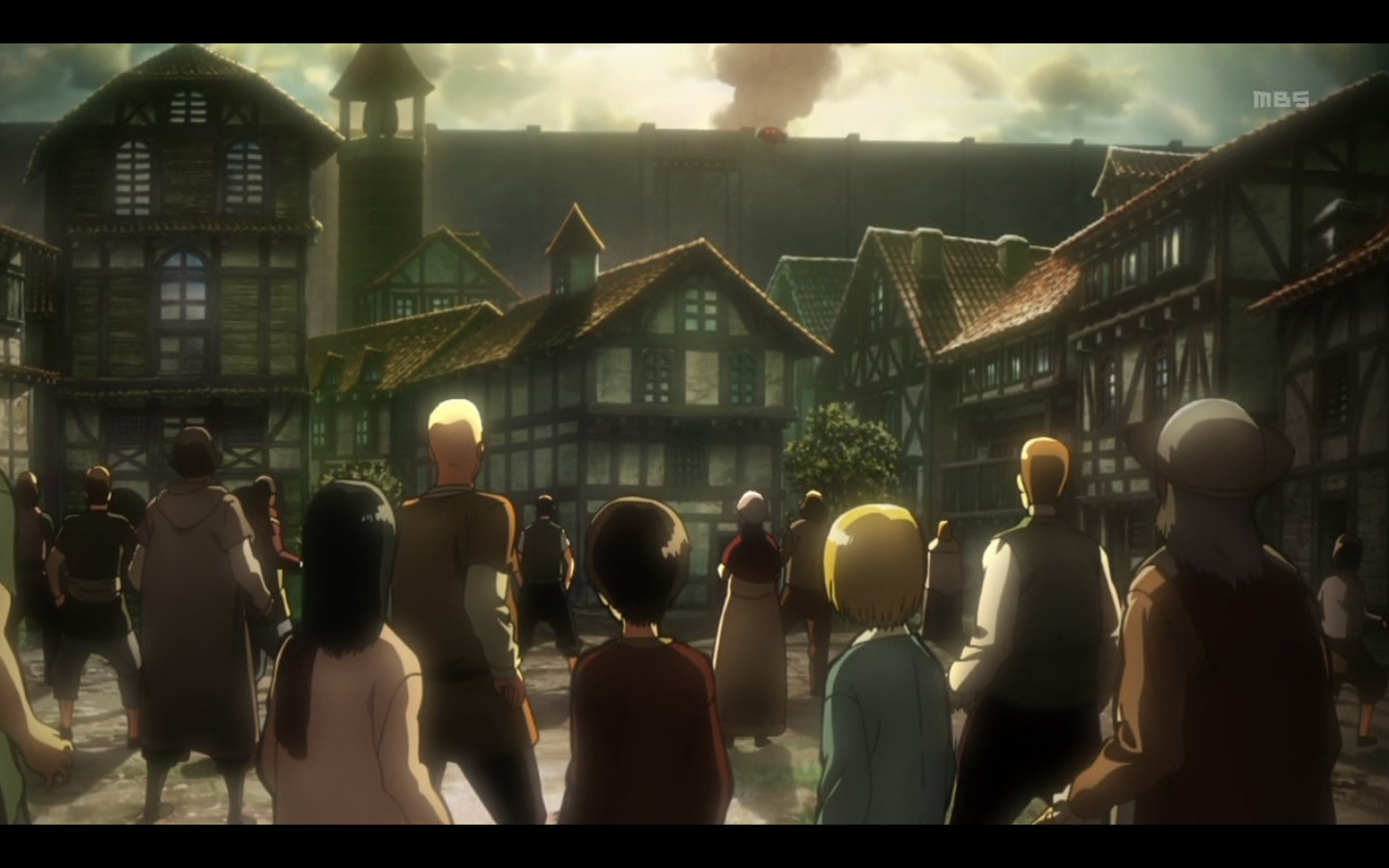 Hi alls,Midterm results back! Meaning a wave of bi-polar happy-sad goopmush, which gets looked at, stared at, and thrown away because theres no time. Anime is a 50 unit class. (50 hrs a week), on top of normal classes, leaves no time for grit.Admittedly though, I watch far less than that now.

While I didn’t have the time to attend this week’s showing, I can only guess that it was well recieved by the fact that the spreadsheet has a new entry, 6 days before the next showing!, with a current majority: “Hayate live action movie”

How does one live-action a show with a butler who bikes faster than 80mph? Whatever the case, at this rate, I may find out next week. Hopefully, CAS doesn’t take a turn following a trend for hunting down live action adaptions rather than anime.

Anyway, recently I’ve watched “Shingeki no Kyojin” which tells the story of a civilization living inside 3 massive nested walls, which increase in size approaching the center. These walls keep the Titans (ginormous man-eating humanoid organisms) out. It’s adapted from a manga of the same title with just as much gruesome, wince-inducing, blechs. Would not recommend watching in a dark room alone.

Somehow, In 100 years of safety behind walls, human civilization has come to the conclusive truth that their walls are inpenetrable by the giants most of whom are 5x the size of a human. Of course, that wouldn’t make for much of an anime, meaning Titan evolution brings you: Close up on that hand/face both of which are too large to occupy the same screen-time.

Note: that’s the titan lifting its leg preparing to kick down the wall’s gate.

And after that gate gets totaled, a flood of smaller titans spew in through the gate to feed on helpless humanity. None of which are any less gruesome than the next.

That makes their metabolism (50/100)/((6.2-5.3)[ft–>meters]/(1.3e6)) = 2369495 times faster than ours.Sorry to anyone who just winced. I know, that was some crude number flinging.Well, point is, their ability to regenerate is explainable by their metabolism. Perhaps the steam as well, though deciding the temperature, on the inside, of a dinosaur is a open problem, so I certainly don’t know how heat is distributed across a titan.