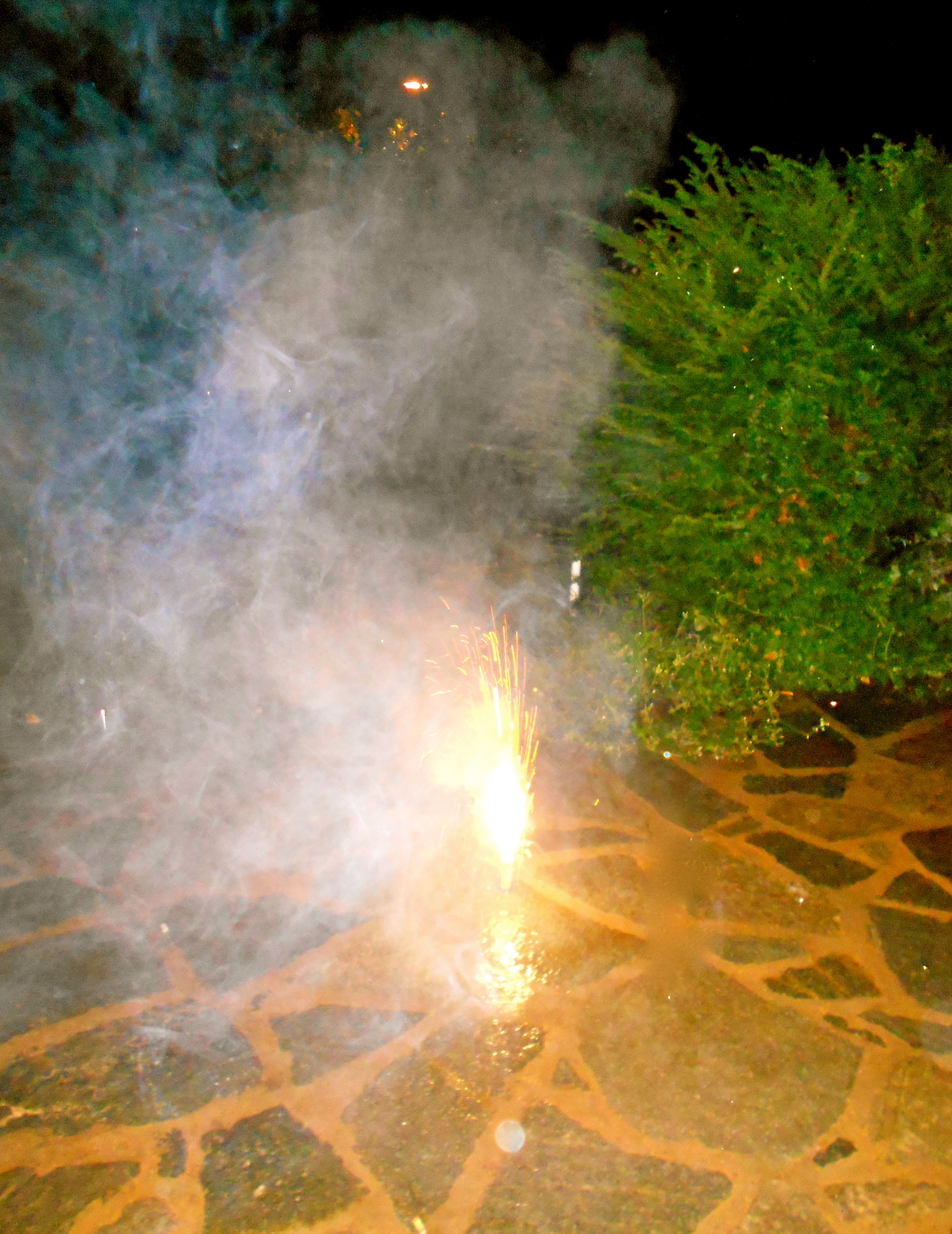 Hello, This was our last weekend here at CERN, therefore we found it fitting to announce the beginning of the end with fireworks! Our house and the people from our team who live in the house down the street from us set up a potluck (kinda) and then set off some fireworks that we bought from the grocery store. It was a lot of fun sitting around, watching Dragon Ball Z in French, eating great food, talking about particle physics, and almost setting other houses on fire… a pretty typical evening. We actually lucked out that it was raining lightly so that we didn’t have to worry about actually starting a fire.

We didn’t actually know what any of the fireworks did so we kind of just lit them and stepped away. We only had like one or two go off in people hands and nobody was hurt. We ended with half of the fireworks left after one of the graduate students almost shot the big rocket into the neighbor’s window. Disclaimer: The author of this blog does not promote the irresponsible use of fireworks and explosives. The events described in this blog were performed by highly trained professionals and should not be imitated at home.

Okay, so moving past the explosives… this weekend I just stayed in the area around Geneva. Saturday I decided to explore the lake since our rail passes cover the ferries as well. I took the train to Lausanne and then took the ferry to Evian-les-bains to see the town and drink the water straight from the source. The ferry ride itself was pretty awesome. The weather was sunny right after rain so the light on the lake was pretty awesome. When I was leaving from Lausanne there was also a party ship right next to my ferry. Sounds like a great idea, partying and cruising around the lake all day.

Evian was beautiful little town. Note too much to do but nice to walk around. I filled up my water bottle a few times from the spring sources. The water was nice and cold, straight from the glaciers.

After visiting Evian I took the train to Thonon-les-bains to see even more springs. While walking to the train station I saw the local lycee (the high school). Yeah, I was kind of jealous that the town uses a chateau as a high school.

Thonon was quite a bit larger than Evian and more of an actual city, though a small one. It was still very lush and scenic though.

Overall it was a fairly relaxing Saturday full of just strolling along the lake and taking the ferry between small towns. The ride from Thonon to Morges was awesome since it was a smaller ferry and turned out to be a speed boat. We were lifted halfway out of the water the entire time and crossed the lake in half the time it took to get to Evian from Lausanne.

So yeah, that was pretty much all of the excitement from my last weekend here. Now I’m already almost half way done with my last week and am freaking out about getting all of my data put together. I’ve started my paper and have 3 pages of text, + 91 pages for an appendix of plots. That’s not even all of it. D: Hopefully all turns out well. It’s sad to see my time here come to an end but it’ll be nice to get to Paris and see my family for a few weeks before Romania.