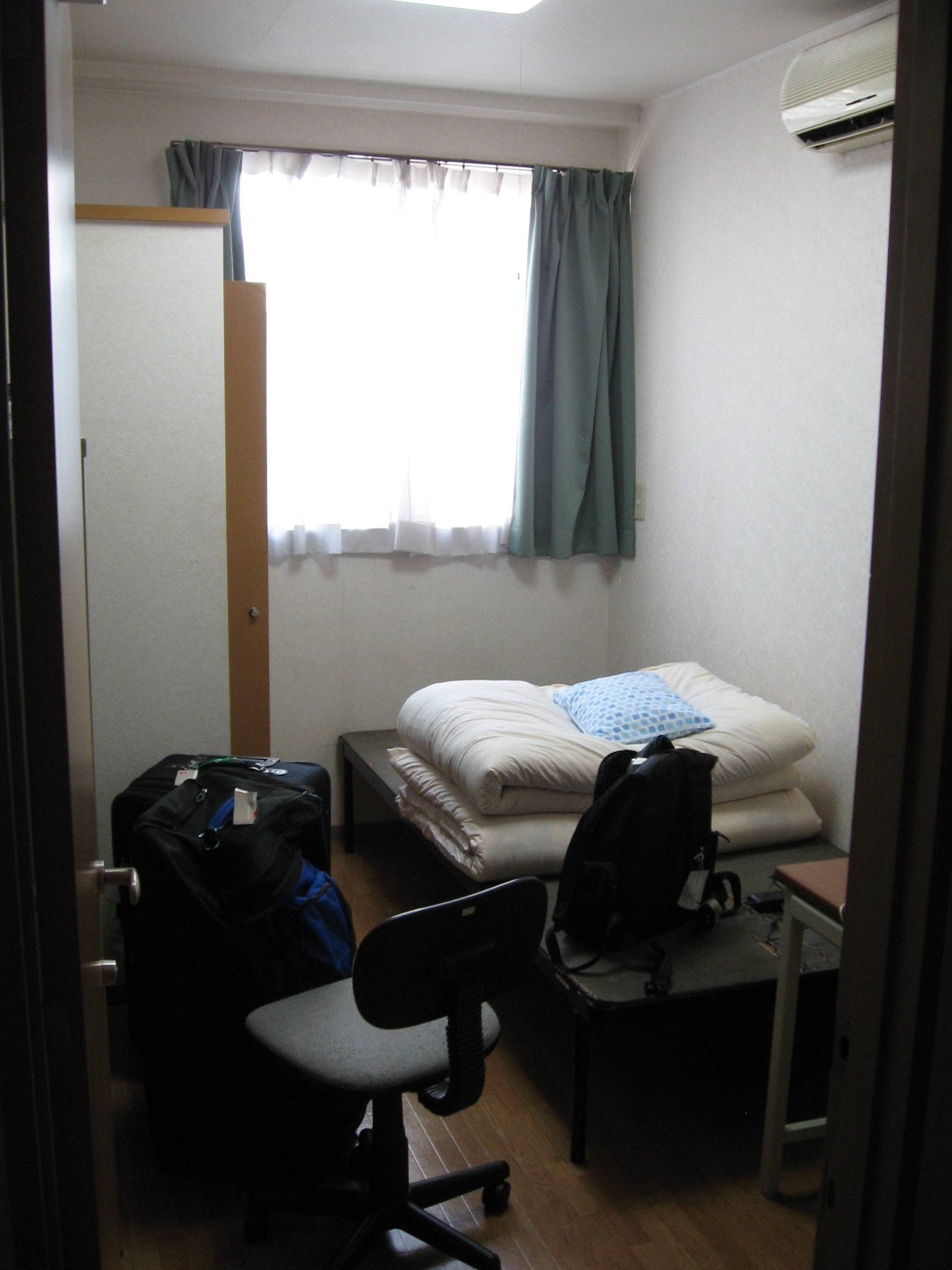 I’ve just arrived at my living quarters in Okazaki.

It looks kind of small, though it’ll do for now. The thing to get used to is sleeping on that futon and making sure I don’t fall off. Other than that, it’s at a very nice residential area, and fairly close to where I’ll be taking some classes and supermarkets, etc.

Speaking of which, I’ve already noticed that there are a lot of signs, but not in English. I think I’m going to need to learn how to read at least simple Japanese very quickly.

Talk about culture shock. Then again, that’s exactly why I’m here. So I’m actually really tired right now. I’ve been traveling for over 26 hours, with very little sleep. This is what happens when you fly half-way across the world. Long story short, 3 hours of waiting at O’Hare, a 14.5 hour flight, 4.5 hours of waiting in Incheon, a 2 hour flight, and then about a 2 hour bus ride into Okazaki. Sounds like fun huh?

This being said, I haven’t had a great chance to take very good pictures since I’ve been on the move the whole time. However, during the Bus Ride, I was able to get a picture of a driving range at a rest area (there was also a rest area with a Ferris wheel but I was too slow to get that one).

I already notice that there’s a lot of diversity in Japan, as the bus ride drove us through some nice green hills, some rivers, cities with tall buildings, and many factories, not to mention the Chubu Centrair Airport which is built in the middle of a bay. Anyways, I’ll try to get better pictures up next time (after I sleep for a long, long time). I think that through my time here, I’ll definitely be able to learn a lot about the unique Japanese culture.

As always, visit https://www.panoramio.com/user/2916748/tags/Japan for my Panoramio pictures (there aren’t too many right now, but that will soon change).