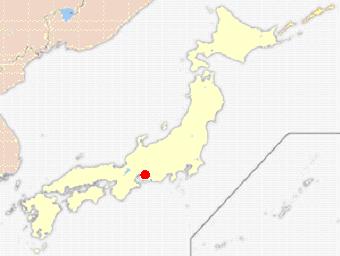 **Introduction** My name is Tony Z. Jia and I’m a senior double majoring in Chemistry and Business, Economics, and Management at Caltech. For the next month or so, I’ll be blogging about my experiences in Japan. I would first like to thank the Caltech Fellowships and Study Abroad office, which has graciously offered me the Dr. Amasa Bishop summer study abroad prize. Anyways, I will be going to the Yamasa Institute in Okazaki, Aichi, Japan for a Japanese language and culture program. This program has a classroom component where we will learn basic language and culture. There is also a practical component, where we will sit in on or learn various Japanese cultural customs, such as the tea ceremony or sumo wrestling. I’ll also be going on various trips, both with the program and independently. Thus through blogging, I hope that all the readers will be able to get a glimpse into the life of a Caltech student in Japan. I’ll also be attempting to post pictures onto Panoramio every few days (Panoramio allows you to place a picture at a specific location on a map, so you all can see where all of this is taking place). It’s here: https://www.panoramio.com/user/2916748/tags/Japan under photos tagged Japan. **About Okazaki** Okazaki is located in Aichi prefecture, about 40 km southeast of Nagoya. The city is home to Okazaki Castle, as well as hatcho miso, and the Institute for Molecular Science. Being the center of Japan, Okazaki is located on the Tokaido Main Line, which provides quick and easy access to other large cities, such as Osaka and Tokyo. In the middle of Okazaki, the Yamasa Institute has provided Japanese Language instruction for many years. The advantages of living in a small city in the middle of Japan include lower living costs, little congestion, a good central location, as well as strong local culture. One of the main reasons why I chose this program include the fact that Okazaki and Nagoya have very strong local cultures despite being prosperous with high tech industries. Other large cities such as Osaka and Kyoto are currently being more modernized very quickly and losing their original culture and customs in the process, so I wanted to experience Japanese culture in the heart of Japan. **Side Trips** While I’m in Japan, I’m planning on going on some side trips on weekends both with the program and without the program. Tentatively, the program will be taking students to Gujo Hachiman, a small town located in Gifu prefecture with an ancient castle and various underground tunnels. We will also be going to the Nakasendo, one of the first highways that connected Tokyo with Osaka in the ancient days. In addition, there will be a 2-day overnight trip to Matsumoto, Nagano. Matsumoto is a small city in the middle of the mountains, also with a rich history and culture. There will also be small side trips to a Tatami factory, Okazaki Castle, Hatcho Miso, and the Toyota Motor Factory. Independently, I will most likely be spending a day in Nagoya, which is one of the three economic centers of Japan. Also, if I can find the time, I will attempt to spend 2.5 days in Osaka/Kyoto/Kobe. Because we get some weekends off, I will try to leave early on a Friday afternoon (classes end early on Fridays) and spend the rest of the weekend in Osaka/Kyoto. Osaka is the second largest city in Japan, and has seen its culture quickly modernize in the current era. On the other hand, Kyoto is about 20 minutes away from Osaka, and is home to some of the most famous shrines and temples in Japan, as well as the former Imperial Palace. You won’t find two cities with more differences that are so close to each other anywhere else in Japan. However, this isn’t finalized yet, and I’ll most likely end up deciding when to go a couple days in advance. **Itinerary** Let me give you all a rundown of how this trip is going to work. I’m flying from O’Hare to Seoul Incheon tonight; then a connecting flight to Nagoya. After the program is over, I’m flying back to Seoul Incheon from Nagoya. They have me for an overnight stopover in Seoul. Stopovers are usually also a huge hassle, because you have to clear customs to enter the country. I actually don’t know anything about Korea or Seoul, as this trip was designed to learn more about Japan, but we’ll see. It’s only one night, so it should be ok. Anyways, after that it’s back to Los Angeles International the next morning, and back to school. I’ve only got 2 days to recover from jetlag before classes start—that’s going to be a lot of fun. Anyways, here’s a crude map (Google Earth and Paint). I’ll post some more pictures, including pictures from Seoul Incheon and Chubu Centrair airports next time. Expect a post over the weekend or early next week. --Tony Pictures Link: https://www.panoramio.com/user/2916748/tags/Japan