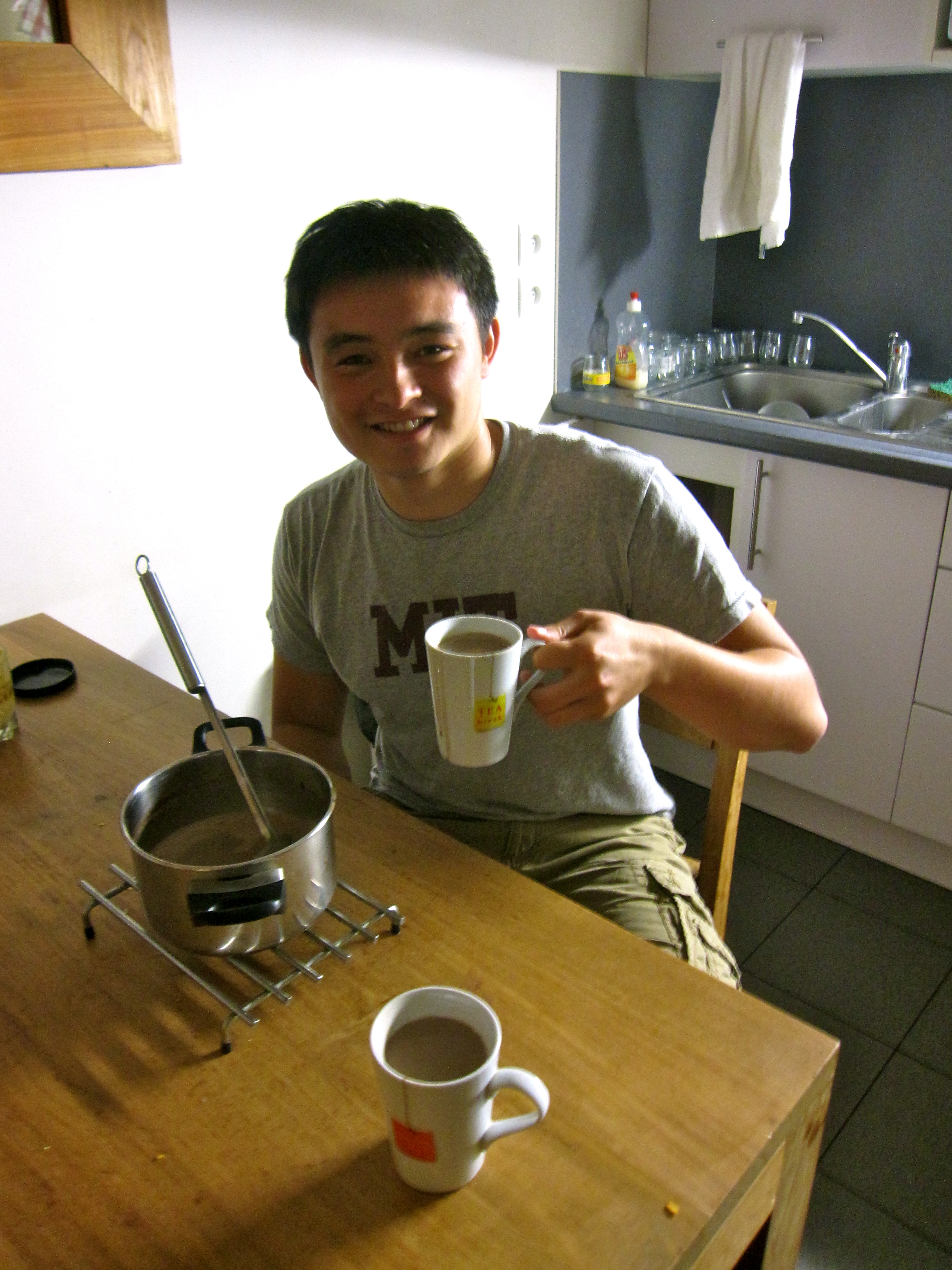 Welp the weekend is over and honestly, not much happened in terms of wild and crazy adventures.. I had to get a bunch of work done for a presentation I am giving tomorrow and I have two other projects that I need to make some headway on. Today was the 14th of July which is the Fête Nationale (National Holiday) in France, basically equivalent to the 4th of July in the US. I spent the day in my office debugging code, producing more plots, setting up a new work environment and putting together slides. We actually only left at 7 pm so we could go make dinner and then I continued working from home. It wasn’t until past 10 pm when we started hearing fireworks in the distance that Cedric and I realized that we were being terrible Frenchmen. We tried to pull together anything we could in our apartment for a “celebration” but unfortunately we are somewhat out of food. So… we ended up making hot chocolate, but very French and patriotic hot chocolate. It’s actually pretty cool seeing fireworks in France since the shows last for a very long time and are often synchronized with music. But we live out in the fields and the closest large town was far enough away to make it inconvenient to leave while working.But anyways, Vive la France!

As for the rest of the weekend, Cedric and I did take advantage of the July sales and went out into the city a bit. In France every store has sales during the entire month of July, and apparently French Switzerland is the same. We primarily wanted to go to a bookstore since I found this one book that I liked last year and wanted to read another one in the series. The sales were pretty good so I ended up walking out with five books instead of one. Cedric and I had to hold ourselves back from buying all of the BD, Bandes Dessinées, which are basically very well drawn story books. Some relate them to comics but they aren’t quite the same since they are higher quality and have a wide range of content and themes. They are really popular in France and other parts of Europe and people of all ages read and collect them. The only problem for poor college students is that they cost 10 euros per book and you can finish each in a few hours. Looking on the positive side, nobody ever gets mad at you for just sitting in a bookstore and reading them for hours. :)

After finishing up at the centre commerciale we headed into the city center where there was a festivale going on by the lake. We decided to walk along the river away from the lake to la Jonction, the point where the Rhône and Arve rivers meet. It’s really cool because one is really blue and has this crystal clear look whereas the other is a murky brown. When the two converge you see this blending of the two together and some of the colors swirling in some areas.

So anyways, that’s the great adventure that was my weekend. On the plus side it was quite productive so we shall see if this next week will be more tame. It’s always nice to see some progress on one’s work.