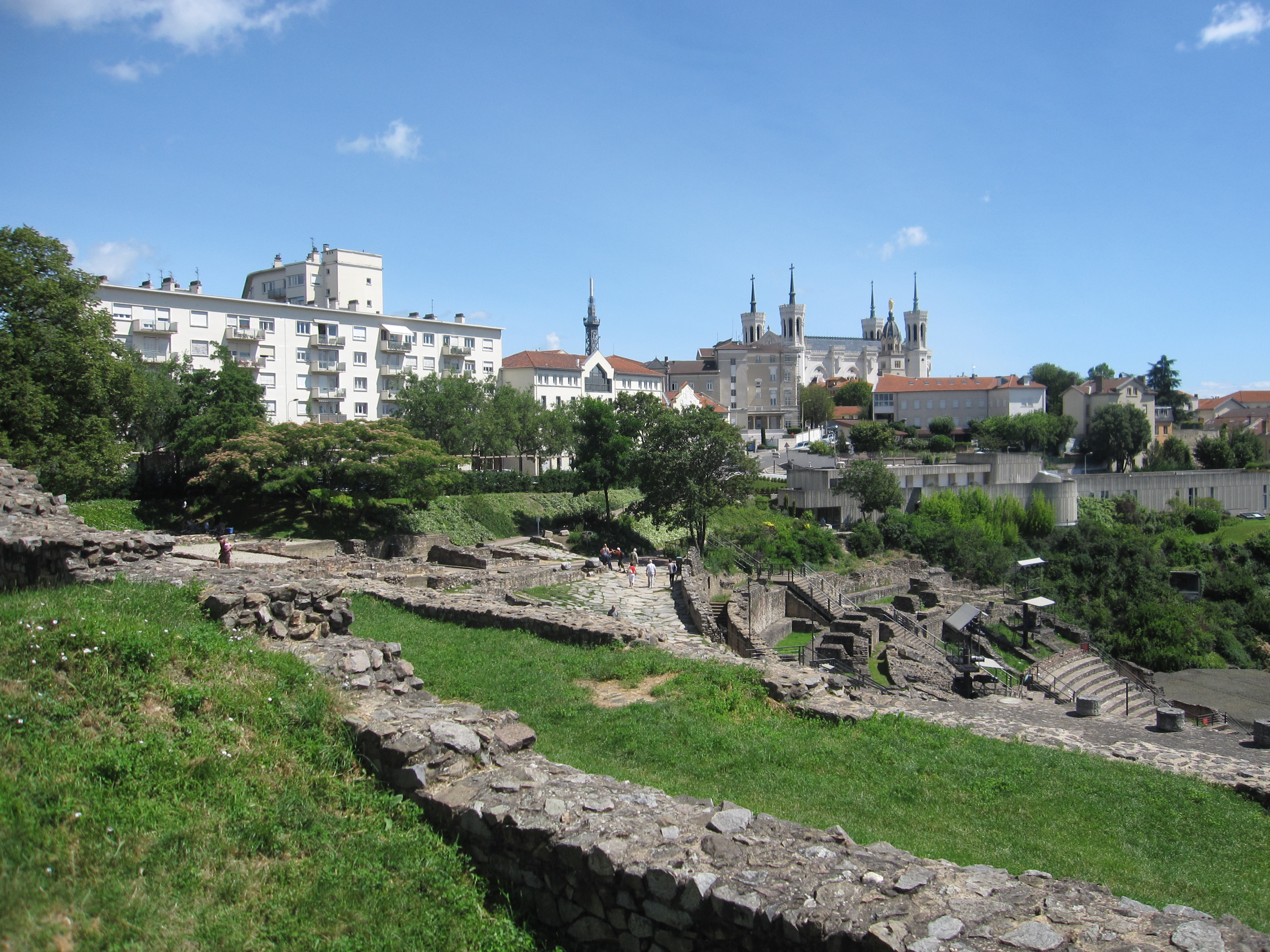 So this past Saturday was the 14th of July which is Fête Nationale in France, basically the equivalent of the 4th of July in France, as it marks the anniversary of the storming of the Bastille. It was only appropriate to spend the weekend in a large city in France so the four of us went to Lyon which is only a two hour train ride from Geneva. Lyon is the second largest conurbation in France and has a strong Roman history. When we first got into Lyon we headed across the split river to the old town and climbed all the way up to the top of the hill. Up on top we found the old Gallo-Roman theatres which are now used for some different performances, including a circus.

It was pretty cool to just be able to crawl through the ruins and look out over the entire city.It was such a nice day that after climbing all the way up the hill we had a hard time not just taking nap up there with the warm sun and slight breeze.

You can see the Basilica in the background of the top picture. Honestly it is hard to miss since it towers over the entire city on top of the hill. I have been in quite a few churches throughout Europe but this was actually quite impressive in size and with the view.

This was a pretty nice way to spend the morning, just looking out over Lyon. The other plus was that everything else that day was all down hill! :D

We walked down through the old town and found a small restaurant where we were able to get a traditional Lyonnais three course meal of warm saucisson, Andouillette and Île Flottante. It was so good and filling that we didn’t have to eat for the rest of the day, which was good since we spend more eating out on weekends than we do for our groceries during the week. The rest of the day was pretty relaxing. Many of cities in France now have these bike rentals throughout the entire city where you can buy a pass for 1.5 euros for 24 hours and then you can just take the bikes from any machine and return it to any other machine. We rented bikes and road throughout the city, along the Rhône and to a huge park on the side of the city. It was a great way to see the entire city. At the end of the day we found a nice place to sit along the river to enjoy the evening.

Throughout the day we could hear random explosions that we couldn’t really identify. We went out at night to go to a large plaza in the center island of the city because there were going to be fireworks over the basilica. As we were walking down the street some guy just dropped a lit firecracker 3 meters from us and it went off in the street. We found that Lyon was pretty crazy that night for the 14th. The river was crowded with food stands and people waiting to see the fireworks. Tons of people had bought their own firecrackers and actual fireworks and were setting them off. It was pretty fun to see everyone out and about, with explosions going off everywhere. We got to the plaza where everyone was setting off rockets. It was even crazier there where people basically were having fun by throwing lit firecrackers into crowds off people and then you’d see everyone scatter. Some people were also pretty bad at aiming their rockets and some just flew right over the crowd. Despite the paranoia of everything that rolled on the ground it was an exhilarating evening and tons of fun.

Finally the city started their show over the basilica which lasted about 20 minutes and was fantastic. They really went all out with tons of fireworks, some in the shapes of hearts, stars, roses and smiley faces. They also had some jets of fireworks that just made it seem like they were setting the church on fire. This was definitely one of the best ways to spend the 14th.

Sunday we headed back to Geneva early because Professor Newman was throwing a BBQ at his Chalet in Pougny for the CMS-Caltech group. His house was beautiful and had a view over the valley. His wife, Linda, was also an amazing cook and made all of the food for the afternoon. It was the best party I have ever been to with great people, entertaining conversations, and amazing food. It was really cool to get to relax and spend the afternoon talking casually with all of the people from CMS and really get to know our mentors.

We were all so full after the party and we also got to take back bags full of food. I have never been so happy to be bloated!

When we got back to our house in Segny we decided to walk around and play in the fields across the street from our house. They had recently cut the fields and rolled up all of the hay so we went hay rolling. There’s nothing like a good evening of climbing on giant wheels of hay and rolling them around.

Overall this was an amazing weekend filled with awesome food, friends, and pyrotechnics!