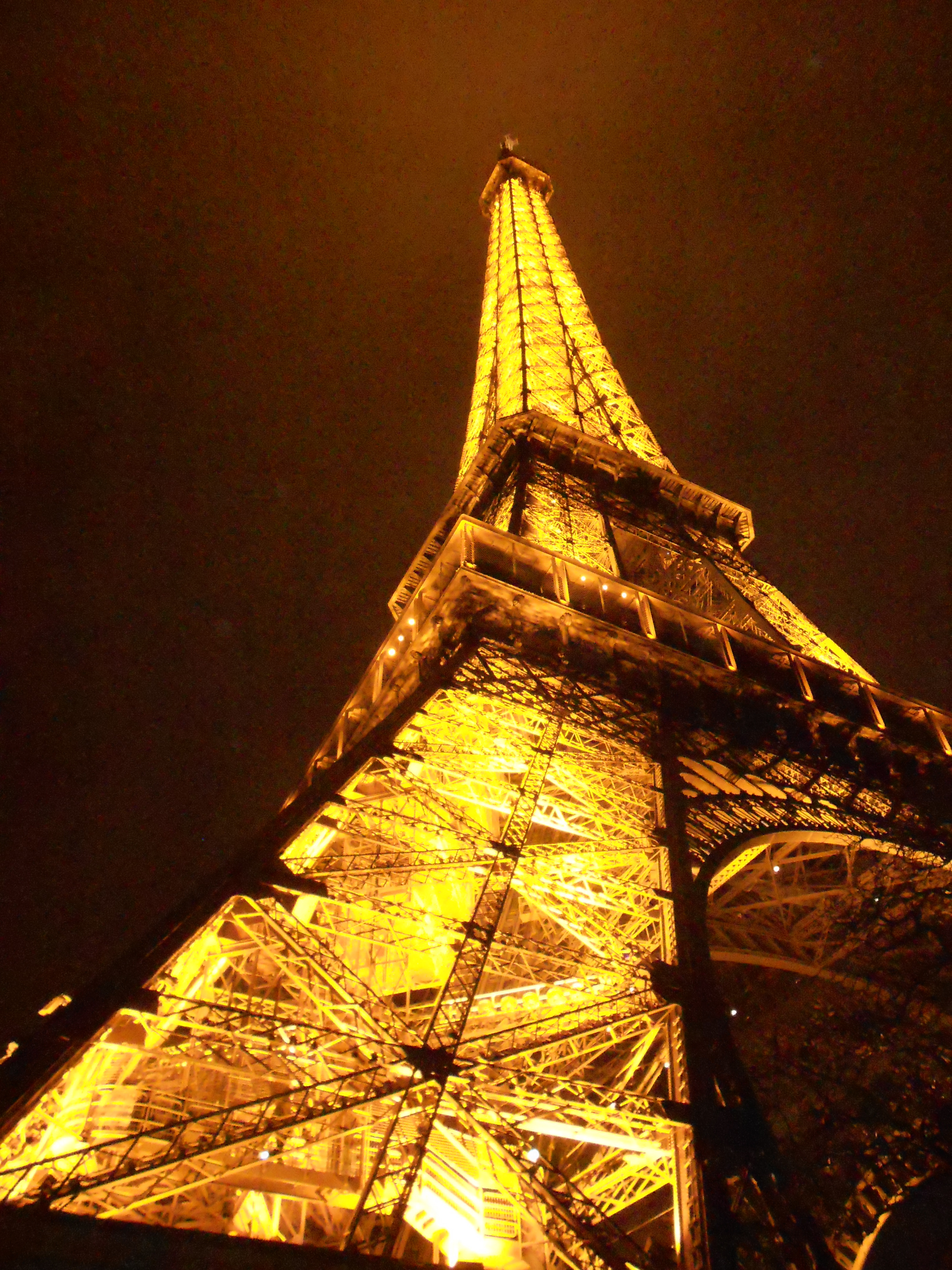 On a short fall break from class those of us from Caltech studying at UCL (Megan, Annie, Lei, and I) spent a few days in Paris! It was simply too temptingly close to London to pass up the opportunity! Getting to Paris was simply a matter of a couple hour train ride.

We had quite the range of experiences during our stay. For neighborhood, family style flavor we ate in a small restaurant in the suburbs. No one spoke English so we communicated with the waiter and the family at the adjacent table with a few gestures and a lot of smiling. Near the restaurant was a glimmering canal. While walking down the canal one afternoon we saw clusters of old men playing bocce ball. There was a cafe across from the men. Inside the cafe there was French style accordion music playing and, again, no English speakers. As we left the cafe a dance troupe did an impromptu swing number to promote an upcoming show! That suburban neighborhood was just magical! For the ultimate in tourist dreams, we rode the elevator to the top of the Eiffel Tower and ate crepes from street vendors! For our cultural enlightenment there was the Louvre, the Orsay (Impressionism), the Pompidou (Modern Art), and lots of graffiti.

Travelling to Paris I frequently thought, “I can’t believe I’m actually here!” The whole trip was bucket list moment after bucket list moment: seeing the Mona Lisa and the Code of Hammurabi, seeing Van Gogh paintings that I have framed in my room at home, walking through the Hall of Mirrors in Versailles, and walking along the Seine.

One evening the four of us went to see a one-man comedy show: “How to Become a Parisian in One Hour.” It was a wildly funny act with very poignant observations of human behavior. I met Lei, Annie, Megan, and their chicken at the theater! The food in Paris is world renown for its quality, but gosh is it expensive! To overcome the problem of cost, the three of them went into a butcher’s shop and bought a whole roasted chicken that they then smuggled into the theater. They were nomming on it between punch lines. Lei was especially lucky because the comedian handed her fancy cheese! The show opened with the comedian in an artist’s smock and a beret while he sang the French national anthem. When he finished he asked the crowd if anyone liked French cheese. Lei’s “Yes” won her a wheel of cheese hidden in his smock! Later, he needed a volunteer to come on stage to learn how to French kiss like a Parisian, but no one was volunteering. He picked on Lei, saying that she should give back the cheese if she wouldn’t volunteer, but she declined the invitation to come on stage and still kept the cheese. While I enjoyed the comedian picking on Lei, I also enjoyed his impression of tourists in a Parisian restaurant: Tourist: “Bon jour! We’re from Seattle! Garcon, how do you say ‘garcon’ in French? Pardon, what’s the difference between salad and escargot?” Waiter: “50 Euro” Tourist “Oh, well, we’ll have the salad!”

We did live out this stereotype from time to time…but one night we splurged on expensive hot chocolate from Angelina, a famous restaurant in the city. They are known for their amazing hot chocolate! It was decadently rich. I’ve heard this hot chocolate described by some as ‘life-changing.’ It is a toss up between the Louvre and this hot chocolate. I loved both.