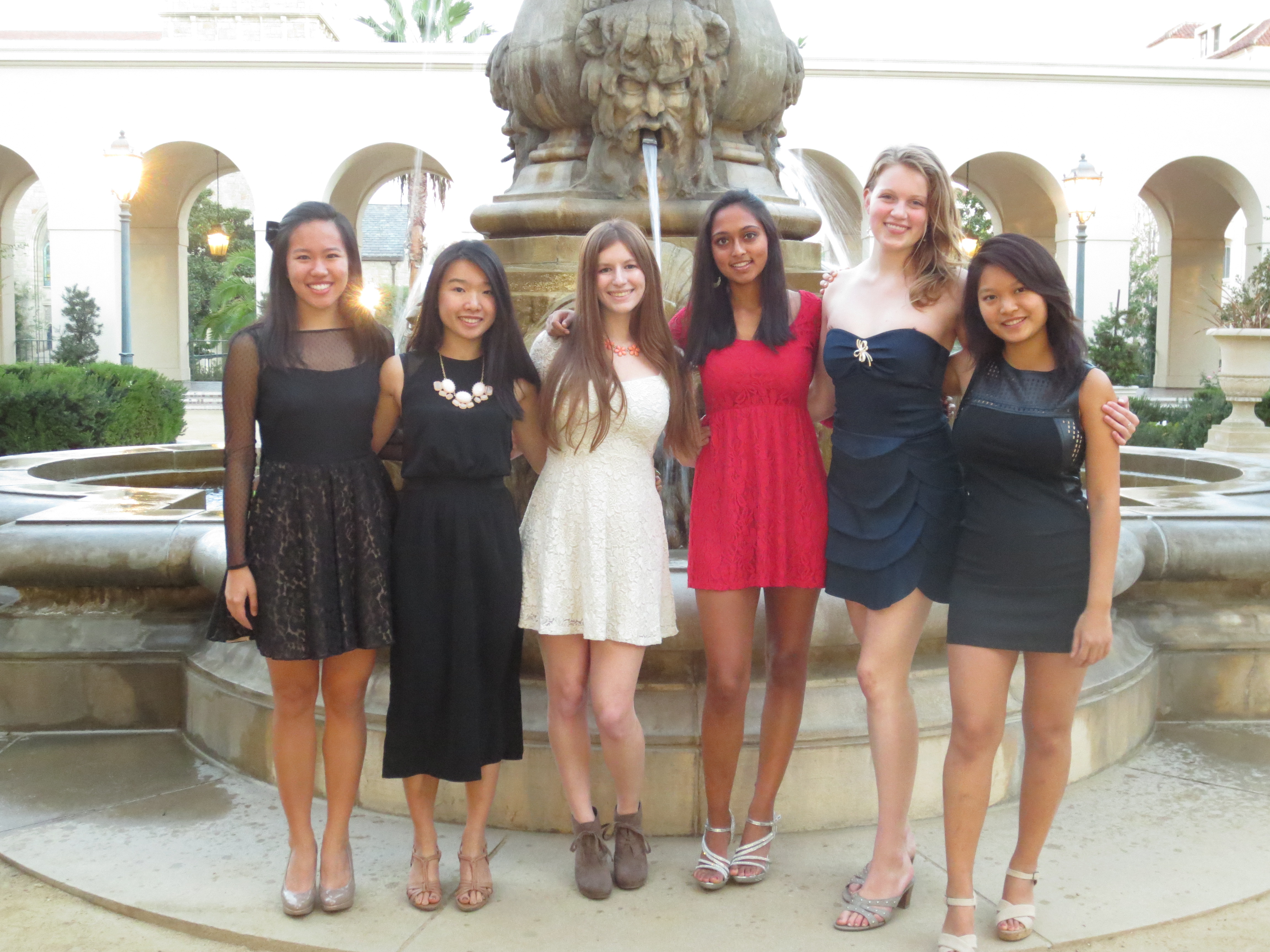 I love breaking out of Tech for a few hours to do something very much non-Techy. Page House had formal dinner on Friday night, so at 4pm a bunch of girls got all dolled up and headed to Pasadena City Hall to take pictures of each other (fun fact: that building is where they film the exterior for Pawnee City Hall in Parks and Recreation). We had to go early, before the sun set, but most of us had PS12 recitation from 3-4PM, so we put on makeup and did our hair before lecture. #toofancyforclass After the sun set, we went across the street to the Paseo Colorado outdoor mall, where a few stores had already put up holiday decorations. There were large wreaths, lots of string lights, and a giant Menorah. While in the mall, we went to Bath and Body Works for the smells. Soo many amazingly scented things (I went home with a candle).

While we were wandering around trying all the holiday scents (and the pumpkin candle line…they had I think 8 different types of pumpkin candle: pumpkin marshmallow, pumpkin pie, pumpkin spiced cider, caramel pumpkin swirl, vanilla pumpkin something…) I got a phone call from Megan, another girl in Page. She’d been out of class all day, in Downtown LA, at a series of technical interviews for a software engineering internship. The interviews took so long that she got stuck in rush hour Los Angeles traffic and wouldn’t make it back in time for Formal Dinner. This past week was particularly rough for many Techers, and to cap it all off, Megan was having an awful night. Before going home for dinner, we picked up a scented candle for her and dropped it off outside her door with a note. We brought home leftovers for her from dinner (with two desserts, because everyone deserves two). I didn’t stay to catch up because she looked like she really needed sleep.

This Sunday night, I stayed up wayyy too late with Ker Lee, another girl in Page house, working on two problem sets. Around 11PM,I brewed us both some tea to keep us going. Two days later, outside of my door, I found the mug that Ker Lee had used. Inside were two bags, one with Speculoos cookies and one with two bags of vanilla rooibos tea.

It’s the little things that make our days, and when you’re slogging through the last few weeks of a semester, buried in work, and it’s starting to get cold and dark way earlier than usual…the little things mean so much. I’m so thankful for the friends I have at Tech, and for the way Pageboys take care of each other. Be someone’s reason to smile today :)