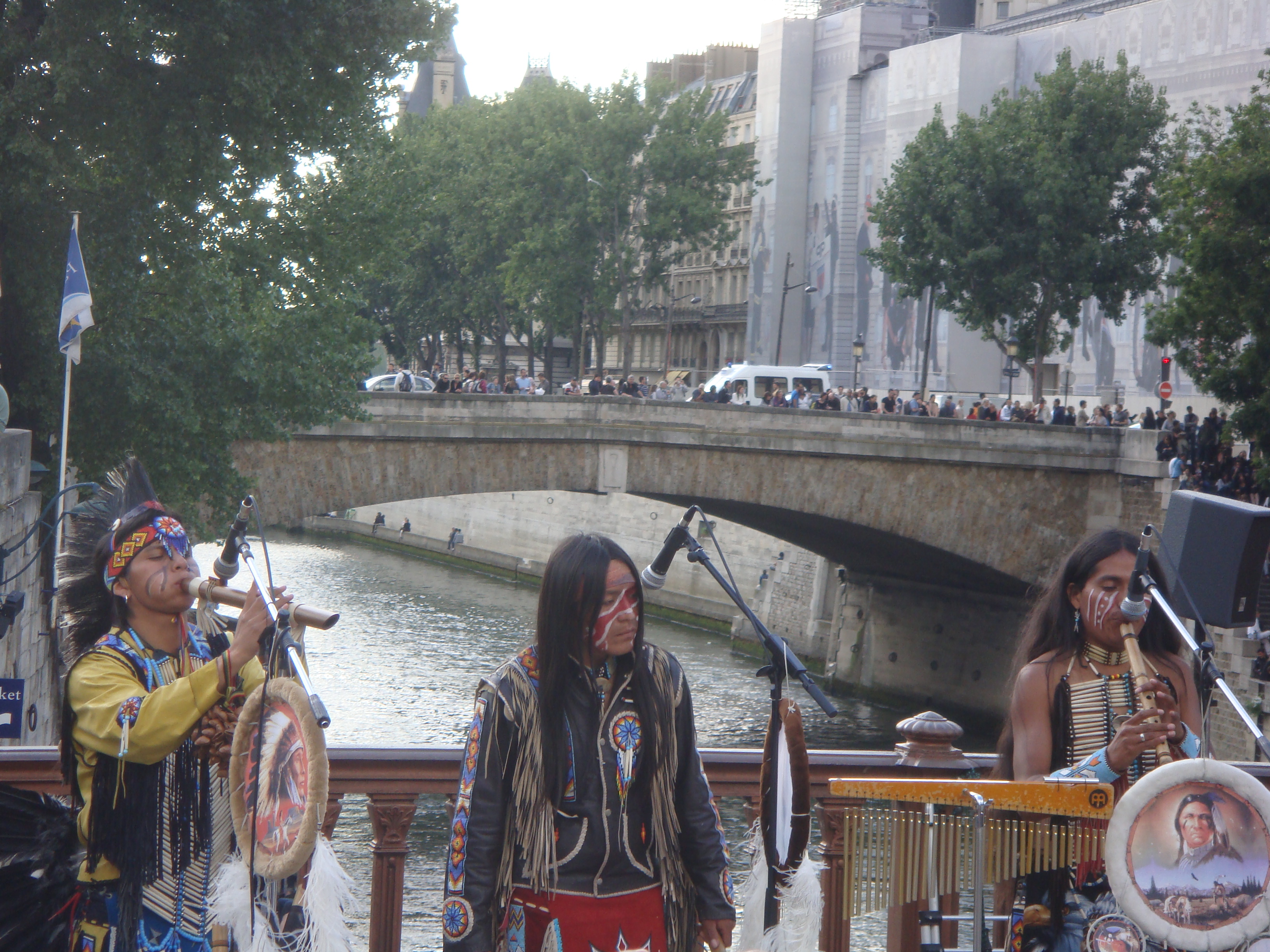 WELL GEEZ Have I had a crazy week! I believe last time I chatted with you kids it was around when I got my haircut last Saturday. Well I promised I would tell you all about the music festival, so here we go!

So for those of you that really don’t know, this festival was supposedly world wide. However, I’ll give you “version Paris point oh” So what it is: anyone who wants to give a free little concert to passersby on the street basically tells some guys what their plan is. These guys use this info to assemble a little program that lets all the people in Paris know who’s playing what, where and when.

WHY IT’S AWESOME: no police set up any road blocks. This equals tons of people crowding the streets and cars still being allowed to drive through!!! So basically throughout the day, on almost every little street corner someone is playing something, be it African “tribal” music, rock, opera, Native American music (not even joking), crazy hardcore metal rockers, pop music DJ setups… you name it! And of course huge crowds are amassing around all these musicians (well the good ones at least!).

Anyway that’s some fun from the music festival…

Quite spacious compared to singles at Tech! And only 120 euros a month!!! Thanks French tax payers! :D Anyway, the move was quite smooth except that I forgot to ask for a receipt from the taxi driver, so I had to call the company and use my weak French skills to try and figure out how to get a freaking receipt. My lab won’t cover the cab if I don’t get the receipt (which of course makes sense) so hopefully the G7 cab company will pull through! The lady that helped me move in, Madame Vigouroux, is EXTREMELY sweet and easy to understand to (some people speak French so fast here I have no idea what they’re saying 99% of the time!).