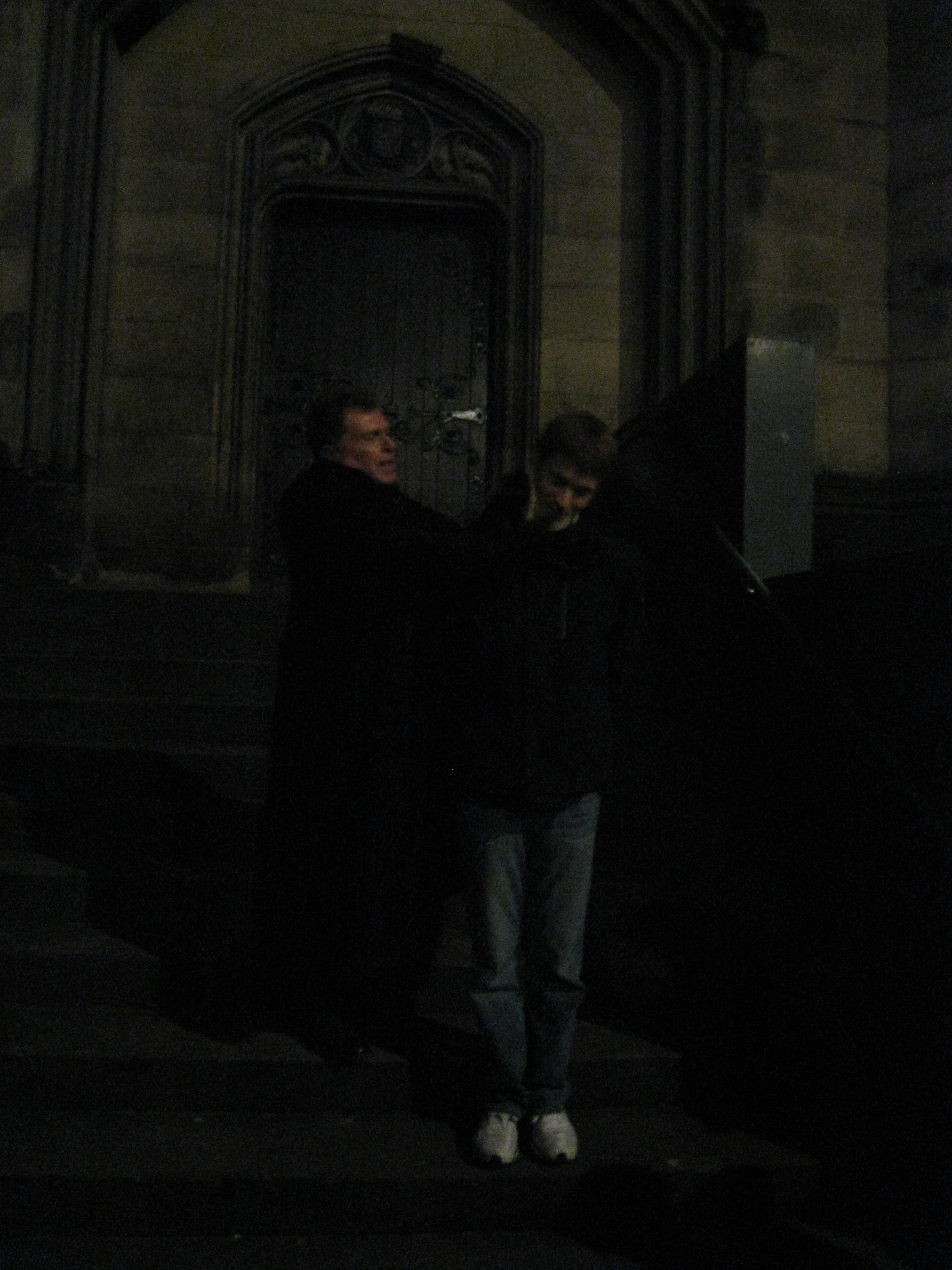 Through our entire time at Edinburgh, I realized that all of us from Caltech hadn’t really done anything together yet. All of us failed and missed a tour of Mary King’s Close on Halloween weekend, so this Friday night (as in a little while ago) we went on a ghost tour of the underground vaults! Whoo Caltech! :P

The tour itself was hilarious. Thimal and Nick,both Flems in my year, were “flogged” and “hanged” respectively by our tour guide in a demonstration of what they used to do to criminals a long time ago. That by itself was hilarious, but was even better was, out of nowhere during one of the tour guide’s stories, IT STARTED SNOWING!!! Two of us had never experienced first snow before or anything like it, having lived in southern California. That added to the Christmasy backdrop of the streets was the most magical thing ever. (: We couldn’t stop smiling.

The second half of the tour was underground, in the vaults. The underground vaults are allegedly the most haunted place in the UK. … yeah I didn’t know that when we were paying for the tour. I hatescary movies and anything of that sort. And yet somehow, about two hours ago, I stood in the most haunted place in the UK. Greeeeeaaaatttt. Luckily for me though, I didn’t experience any “paranormal disturbances”. Luckily, the snow and my flat’s thanksgiving dinner tomorrow were enoughto shake off any unsettling feelings I had while down there (and seriously, I had a lot. Did I mention I hate scary things?) The tour ended with the guide telling us a few more ghost stories in the cellar connecting to their gift shop and small artifacts room. We took pictures, messed around a little, discredited the so called “orbs” and “ghosts” in photos they had up on display, and headed back to Kincaid.

So yeah, snow, ghosts, hangings. Edinburgh apparently is completely riddled with ghosts and ghouls. Why didn’t anyone tell me this beforeI decided to come here!?!?