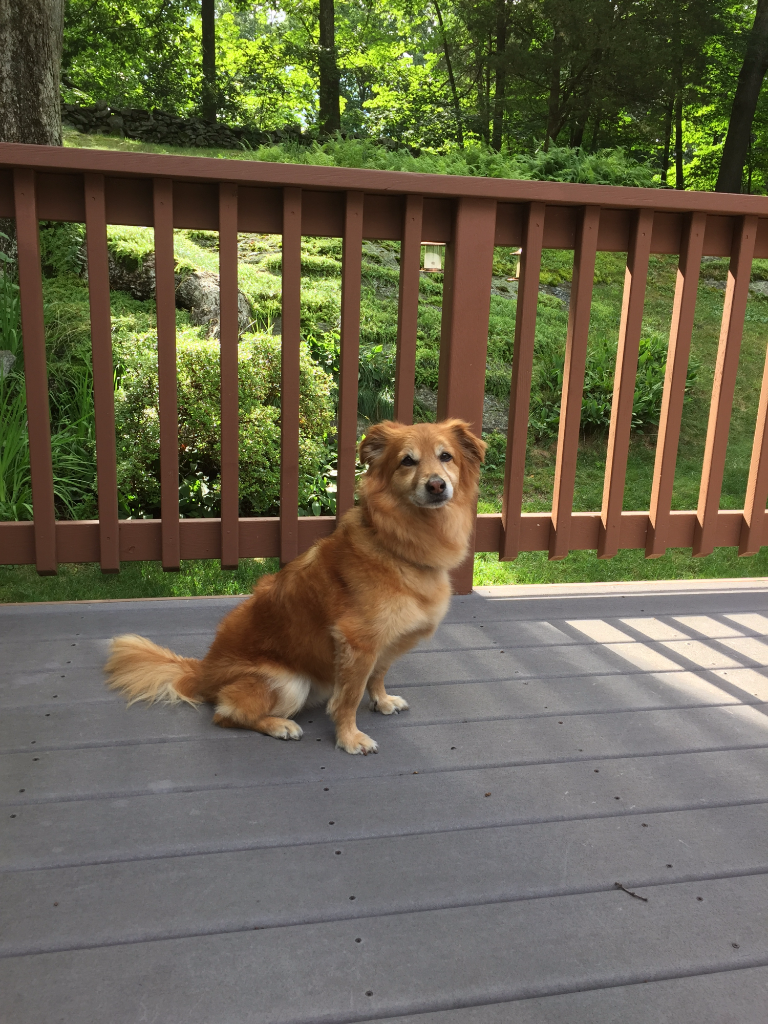 As I mentioned in my last post, after leaving Pomona, my boyfriend and I got to do something really relieving: play with a bunch of cats, dogs, rabbits, birds, and turtles at the Pasadena Humane Society and SPCA (PHS)! The PHS is located only about 5 minutes away from campus, give or take, and completely free of cost. It’s open both Saturday and Sunday, so it’s a great place to spend a couple of hours during the weekend.

When we walked in the gate, the overwhelming scent of dog hit me. While some people may have scrunched their noses up in disgust, I smiled. I felt like I was back at home with my own little dog, Doc. Basically as far as the eye could see, there were kennels with dogs, all vying for our attention. It was basically a dream come true for any dog lover. I became good friends with a dog named Coco, as she reminded me a lot of my own dog. Another white puppy named Boots wouldn’t stop barking at us until we gave him a good scratch.

My dog, Doc, sitting on my porch back home in New York.
Coco, the good girl I met at the PHS. There were also hoards of more exotic creatures, from chinchillas to rabbits to birds to turtles. They (barring the turtles, which are kept outside with the dogs), are housed in their own private building. The cats also have their own little house to call home. When I came here, I was headed straight from rejection from the turtle salesperson from Craigslist, so I knew I would pay particular attention to the turtles. The PHS has two separate turtle enclosures, one for the healthy turtles and one for those who are sick.Like all SPCAs, the PHS is a place that takes in animals that need homes. That means that some of the animals have been abused, abandoned, and are on a variety of medication. I realized I really wanted a turtle who I could help; one that not many others would want because of its injuries. So, I picked out a cute male recovering from turtle ulcers. I found him hiding under a log, looking lonely. But, someone else caught my eye too: a little guy missing a limb. He was sitting in his own pool in a different part of the kennel. I was told by the counselor that he was found near Eaton Canyon, abandoned. I knew probably no one would adopt him and he would end up lonely. So, I decided to be put on a waitlist to adopt him; I will get him as soon as he's done with medical treatment. I will make sure he has a good home with another turtle friend. Though the day started out a little sad, it was great to end up with two turtles who will cherish their time with me, probably until the end of my days (those little buggers live for 50-70 years!).