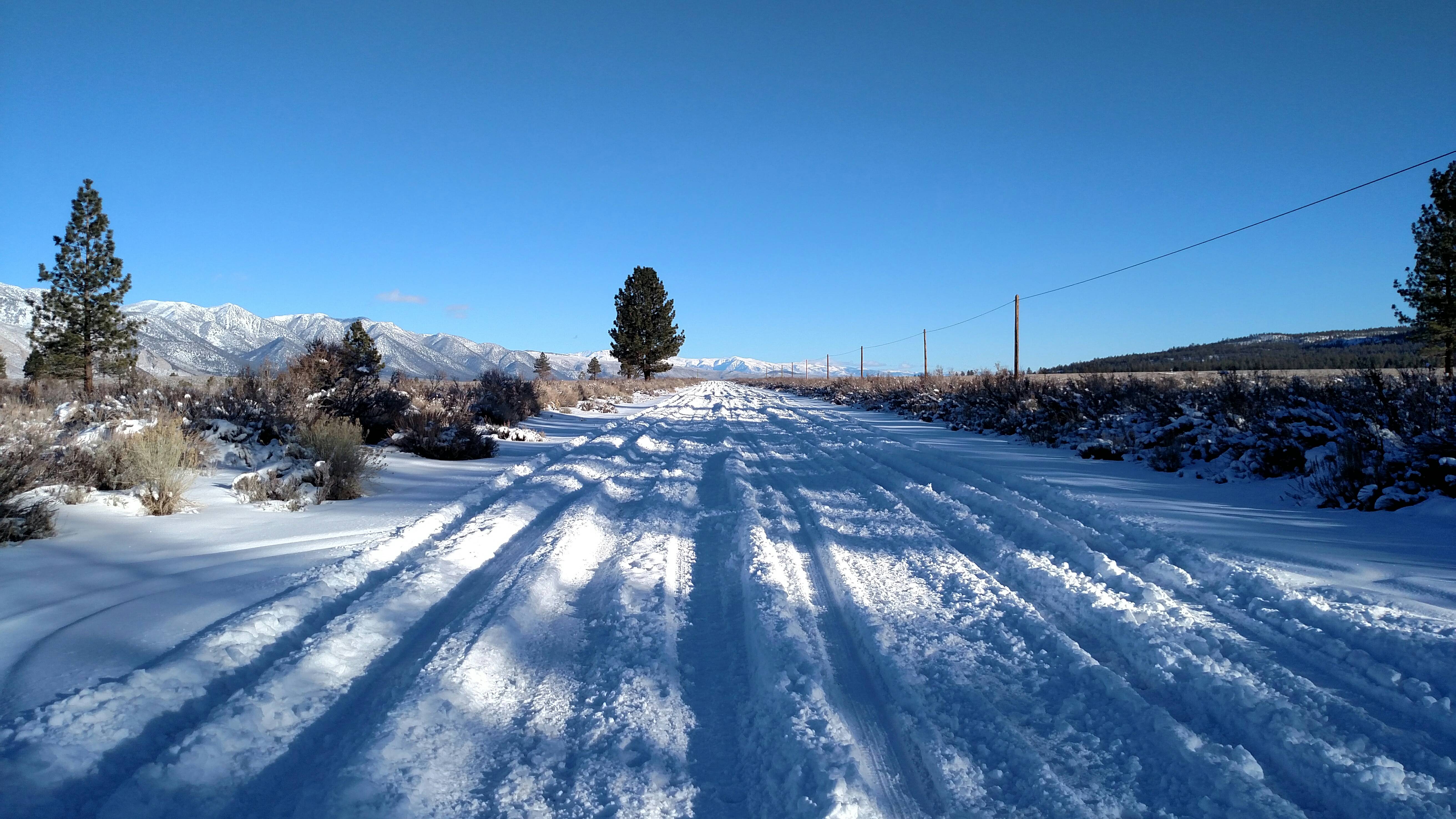 Hi there! It’s Monday, which means we just finished the first weekend of winter term, which means we just got back from ski trip! Most houses have a ski trip. Venerable, Ricketts, Page, and Fleming all had theirs this weekend. I was on the Page ski trip to Mammoth, which was really fun.

We drove up on Thursday, which was an adventure in and of itself. We searched the town of Lancaster for snow chains (panic set in when the first place didn’t have the right size, and was quelled when Pepboys saved us). Just before we got into Mammoth Lakes, we learned how to put on snow chains. We got into the cabins around 11 and hung out with the majority of the Pageboys until 4am or so, when we got tired and called it a night.

The next morning we remembered we needed food, so we drove into the town to buy groceries. Breakfast ended up happening around 11:30am. We cooked for a lot of people because our unit had the largest concentration of proficient cooks. Lots of people had gotten up early to go skiing, but I was going on Saturday.

After that we drove out to the Long Valley Caldera. It turned out one of our number didn’t have on proper hiking shoes, so we didn’t actually hike it, but we were in the caldera. You could basically see it all. We also couldn’t drive it because one of the two cars didn’t have snow chains.

It was still pretty fun, though. We made snow angels and stuff.

That didn’t take very long, so we also drove out to Mono Lake. We hung out there for a bit and then drove home for dinner.

My unit cooked dinner that night too - a gigantic pasta feast. We hung out with everyone, watched Pulp Fiction for a bit, and went to bed. I still haven’t seen the end of Pulp Fiction, so no spoilers! The next day, I went skiing for the first time since I was 8. I’m told there’s video of me falling. That video will not be included here.

However, I did get to spend a ton of lift time with a frosh named Jessica, who incidentally also taught me to ski. I’m still not very good but I made it down a couple of green hills on my own! I forgot how fun it was. I used to be OK at this when I was really little.

Sunday morning I made cinnamon rolls and coffee really early so people would wake up and pack and help clean. We had to check out by 10am (a reasonable waking time for most college students) and there was a bunch of cleaning to be done. We made it; we rolled out around 9:30 and stopped in Bishop for sandwiches at Erick Schat’s Bakkerÿ (no misspellings there). There was an enormous line but the sandwiches were delicious. I highly recommend if you’re ever in or around the town of Bishop, CA.

That brings us to today, which was kinda slow but errand-filled. Ker Lee (roomie dearest) and I made oven-fried chicken with zucchini and potatoes for dinner.

That’s about all. Until next time,