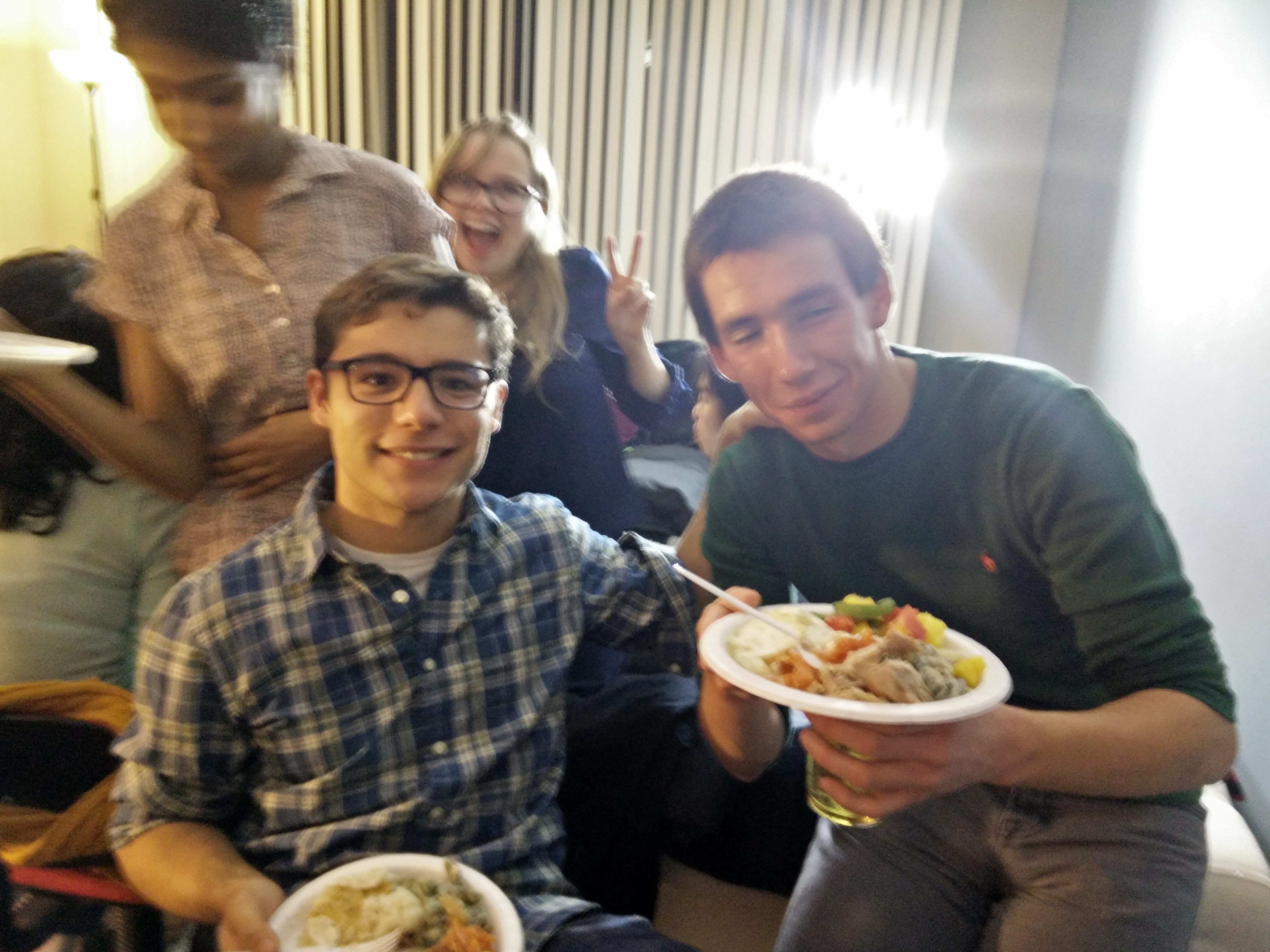 Happy Thanksgiving everyone! I hope you enjoyed the holiday and areready for the rest of the holiday season. We got a couple days off for a break from classes and sets and it was well needed before a last final push before the end of term comes. I spent my Thanksgiving weekend eating, shopping, studying, and cooking. I went to a potluck with the other students at my church here on Wednesday, and then to a relative’s place on Thursday for Thanksgiving. Both places were super fun and nice to me, and they gave me so much food to bring back, and as a college student living off-campus this year, I can’t say no to free food.

Also I saw an old friend from freshman year and had the idea to host a little Friendsgiving meal sometime during the break, to bring a lot of people over to the apartment and celebrate on Saturday after Thanksgiving. Of course, I did not consider that I had neither cooked any traditional Thanksgiving dish before, nor cooked for more than a few people at a time, but I didn’t think too hard before I had already set the thing up and invited everyone to come.

Nevertheless, in true naïve fashion, I ended up preparing a 10 or so course meal for about 24 people all in my apartment. I would have definitely failed in the attempt if not for the help of Kai and David who came to the rescue when I realized I had no idea what to do with a turkey let alone the duck and chicken that also showed up to dinner as well. Here is the menu that resulted after a long night and day of prep:

It was a good adventure surgically repairing our turkey after we stuffed it with the “ducken” part. David got so good at sewing it back together that he probably could stitch my fingers next time I bust them open (a story for another post, perhaps). Other things I learned along the way were that casseroles make for nice easy dishes. Packing leftovers is probably the most tiring and hardest part of the day, but Fed’s impressive tetris skills managed to come through. Finally, here’s to being thankful for all the great people in my life and I hope all you readers can say the same.

Until next time, Anand Also you can read a few reviews by my our friends on theYelp pagefor our apartment.

And forgive me for the bad pictures. I haven’t ever really used my phone camera much. Maybe now I’ll start! The good pictures are from Anita, fellow blogger here-Thanks!