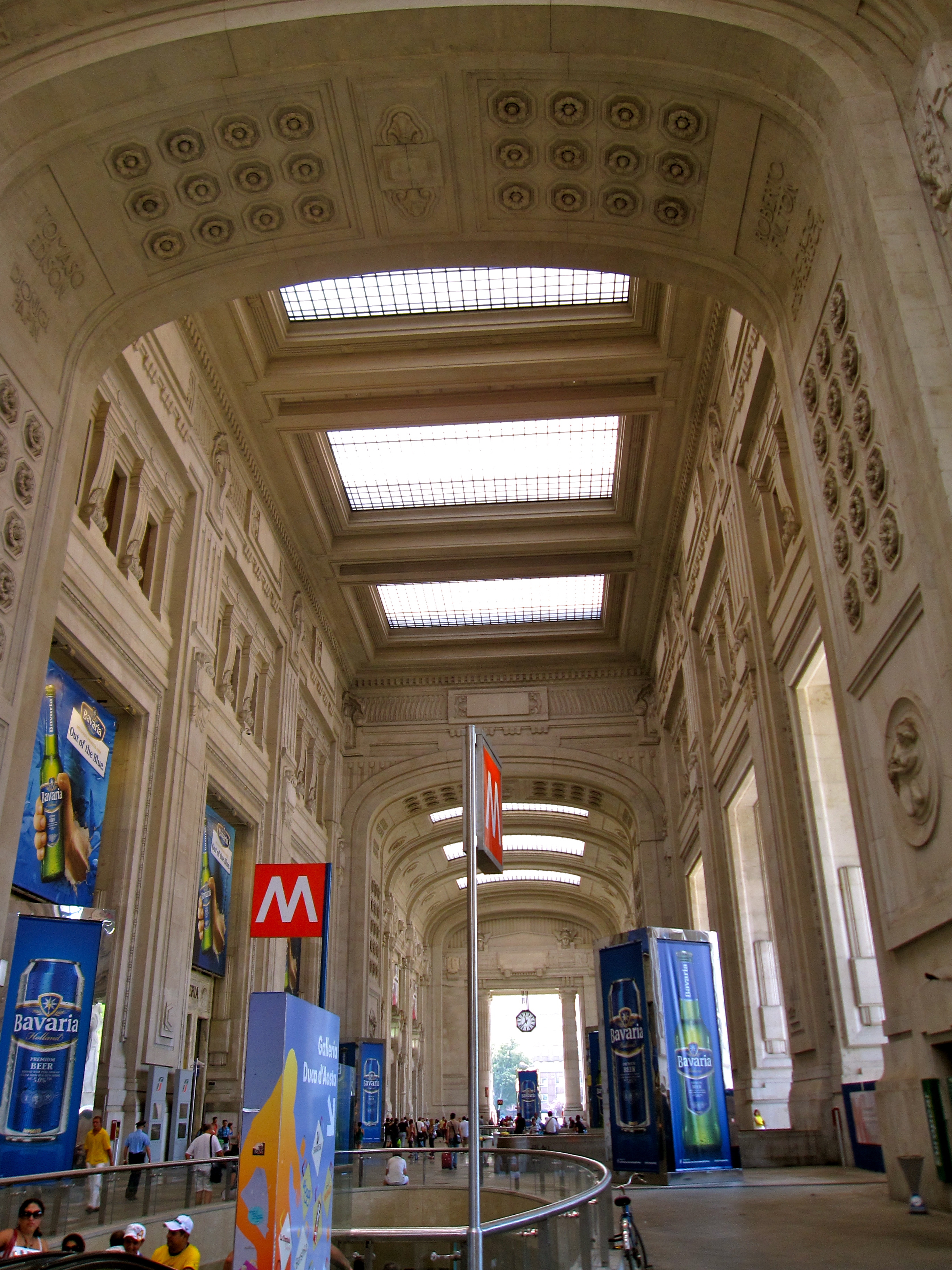 From Geneva to Genova

This weekend I added one more country to my list of places seen … Italy!

While Max and Alex went to my home region of Paris, Lisa and I headed down south to Genova, Italy. It was a spectacular train ride through the alps, passing by Sion and Lucarno as we made our way to Milano. It was actually really funny because I ended up sitting with a Swiss mother and her two children and basically got to listen as she read them books in French. I now know the many adventures of Hello Kitty.

We had a decent amount of time for a layover in Milano so we went for a small walk in the area around the train station. The architecture was pretty cool. This picture is just of the train station itself.

After about six hours of travel we made it to Genova, a famous port city along the Mediterranean. I have a friend who was an exchange student from Genova so I had always wanted to visit. It was definitely worth the travel time with the beautiful harbour and amazing mixture of architecture. It was pretty interesting seeing the layers of buildings from different centuries just built on top of each other.

The bed and breakfast that we were staying at was pretty nice since it was right on the harbour and not too far of a walk from the old harbour. There we found the largest aquarium in Europe as well as tons of megayachts. I couldn’t even fit some of them in a photo. Yes, this is a private yacht, not a cruise liner.

My favorite part of Genova was the backstreets which ranged from large pedestrian roads to small passages between buildings that created a maze throughout the city. It was fun to just get lost inside and come upon random monuments and parks. There were also a bunch of street performers. This guy had a huge crowd surrounding him in front of a basilica trying to figure out how he was levitating. If you look at the mat it is fairly obvious, but still fun.

Genova is known for pesto so we ended our evening by returning to the harbour and finding some pretty delicious pesto lasagna, as well as more gelato. We had set a goal to try at least five types of gelato and at this point we were on our fourth. As the sun set it was really nice to see the light house turn on. I believe it is actually on of the oldest standing structures in the world.

The next day we walked around a little bit more as we waited for a train to Cinque Terre. We had decided not to spend 19 euros to go to the aquarium but instead wanted to take a train along the coast and stop in Vernazza. As we walked around in the morning we found this statue to Columbus who apparently was born in Genova.

Taking the train along the coast was pretty amazing since we were able to pass through a large amount of Italian coastline, looking out over the mediterranean. We finally made it to Vernazza, which is a small town built into a cliff that goes down to the water. It was a beautiful place along the mediterranean and was filled with sun bathers and swimmers.

I wish we had had more time to take the walking path between the other cities among the Cinque Terre but unfortunately we didn’t have that much time since we had to make it back to Genova for our train back to Geneva. I definitely have decided to go back and walk through the terrassed vineyards and kayak along the coast.

We spent our last half an hour getting our final cups of gelato and walking into the Mediterranean. I still have sand in my shoes.

Now I am back in Geneva and back at CERN. I’m excited because my mentor finally returned so I no longer have to rely on only email! Now commences my sixth week at CERN!