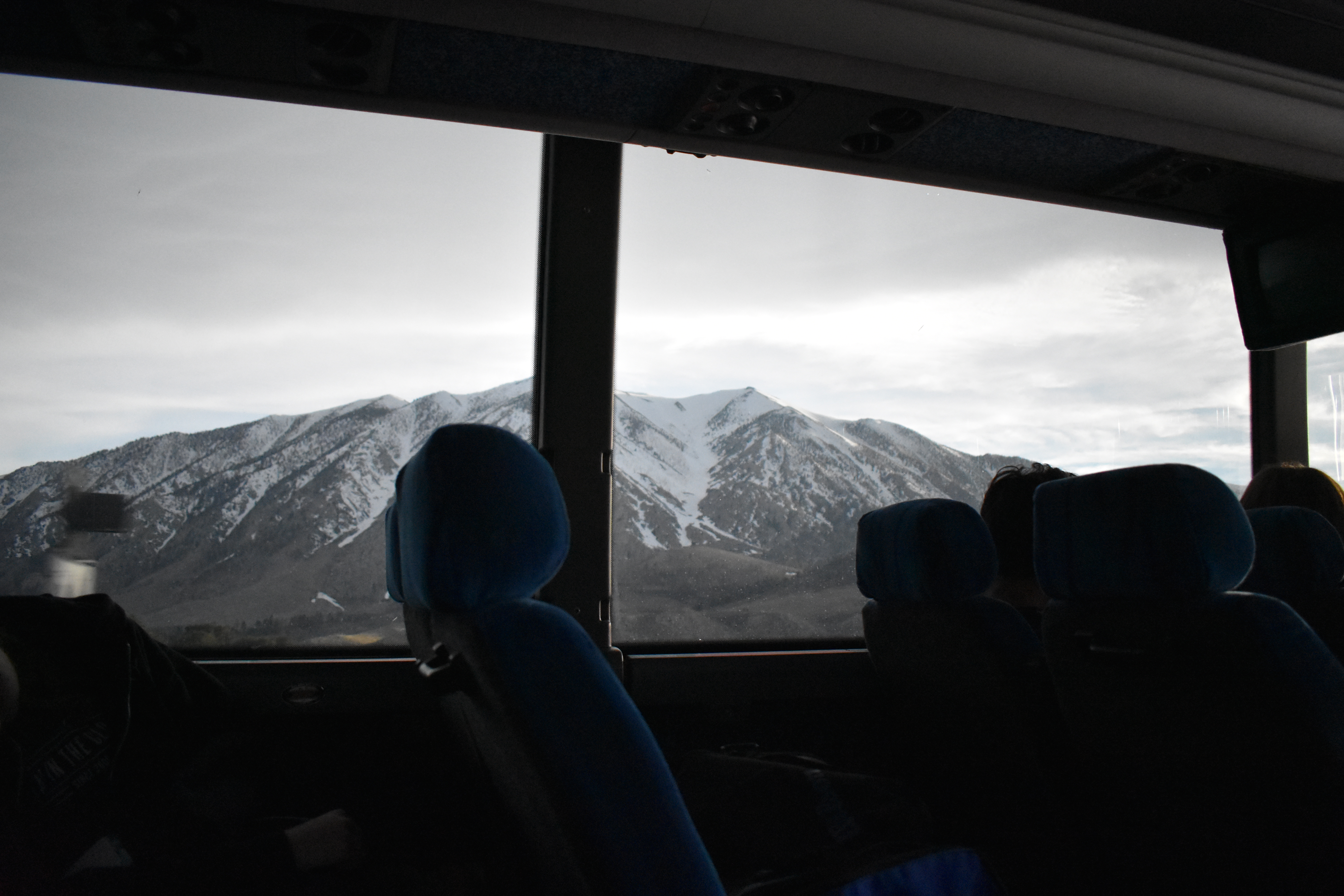 I never planned to take geology in college. I knew nothing about earth science and was perfectly fine leaving things that way. I was just never interested in rocks. In fact, I dodged the earth science part of middle school curriculums when I switched schools in seventh grade. My mom taught earth science, and seeing the ordinary, dusty specimens of her students’ rock collections assured me that I hadn’t missed anything.

If I’d gone anywhere but Caltech, it’s likely that this would all be true for the rest of my life. But here I am, riding a bus through Owens Valley in Eastern California, my notebook filled with hasty notes on shale and sandstone, normal and reverse faults, and bentonite and rhyolite. This is the Ge 1 Field Trip—a three-day journey around California to walk across faults, see (inactive) volcanoes, explore a caldera, and much more. Ge 1 is one of several options to fulfill Caltech’s menu class requirement, and, largely because of this trip, it’s the most popular.

A glance out the window We left campus at noon today and are now an hour from camp—and dinner. Along the way, we stopped at the San Andreas Fault and Red Rock Canyon State Park. The past couple hours, we’ve been on the road. We’re walled in by mountains—the dark, angular, snow-capped peaks of the Sierras on my left and the more distant White Mountains on my right. A TA told me that as a geologist, part of her job will be to go on hiking trips. Now I wonder why I haven’t seriously considered majoring in geology. There have been people who switched into the major after this class. Who knows, maybe I’ll join them.