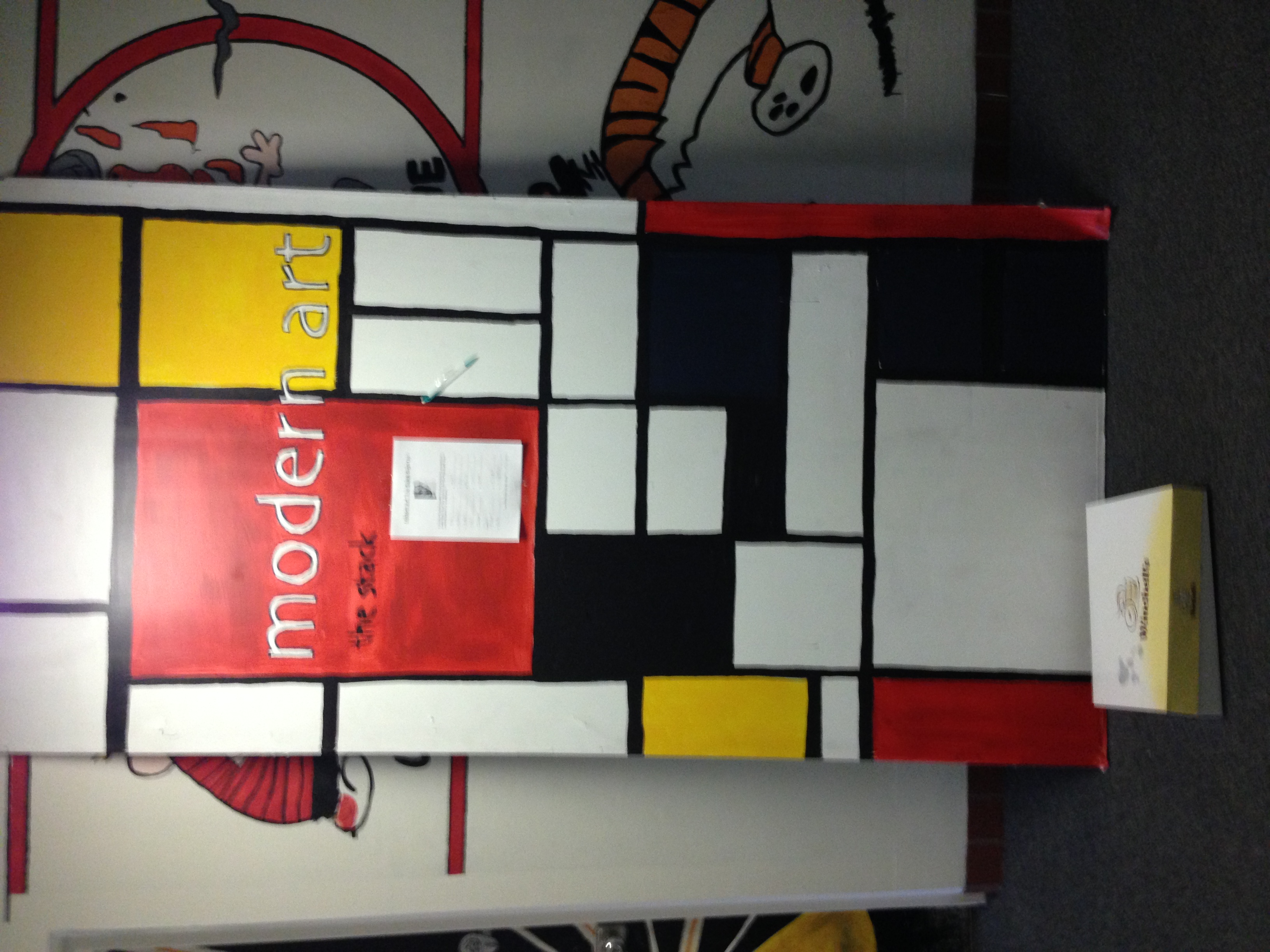 At 7:45 am last Friday morning, Venerable house members were woken up in the most gentle way possible: senior members, armed with metal pots & pans and a blowhorn, ran through the house, banging on everyone’s door for a nice, old-fashioned wake-up call.

While this boisterous behavior might seem cruel and unusual, the early morning wake-up actually signals an hour of activities, puzzles, and all-around fun, planned by the seniors for their underclassmen. Let me back-track a bit.

You see, Caltech’s Ditch Day is one of our oldest traditions, and though it occurs once a year, the actual date of Ditch Day is kept secret until the morning of. In the 1920’s, the day began as a collective effort by all seniors to take a day off and vanish from campus. Today, the day has evolved as an entire day of themed activities for underclassmen, planned by seniors of each house over the course of a couple months. But, to keep the underclassmen on their toes, seniors also plan fake ditch days: hour-long versions of the real deal. Each house individually decides when to have fake ditch days, and last Friday, 3 houses participated.

Early last week, senior Rudds chose their groups, their themes, and their activities for the stack. Ever since I watched the movie Princess Diaries (embarrassing, I know), I’ve been wanting to make a balloon art painting: 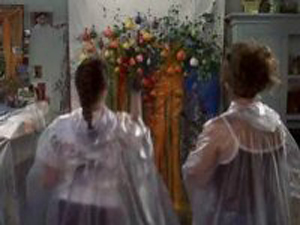 So we decided to create a stack around this. With the theme “Modern Art,” we planned three activities for our underclassmen. Here’s how our hour panned out:

**7:45 am:** As the groggy underclassmen stumbled out of their rooms, they were greeted with this wallboard, giving them a glimpse of the silly activities we’d planned for them:

Sixteen Rudds signed up for our stack, and read the first clue we’d provided for them:

*Well, midterms didn’t go too well for you and you’ve flunked out of Caltech. . . which has given you the opportunity to pursue your other dream of Art School! In order to gain admission to Art School, you have to have a portfolio -- but wait, you don’t have one! In true Caltech style (ex-Caltech for you), you’d better throw one together ASAP. Head over to the Venerable Courtyard to take the first step towards satisfying your raging art-on.*

**7:55 am:** In the courtyard, the students were greeted with two blank canvas, makeshift darts:

*Participants create a paint masterpiece by throwing makeshift darts at paint balloons, which explode and color the canvas.*

*Just like you threw your love of science into a wall of impenetrable self-doubt, making it explode into showers of depressingly unfulfilled dreams, so too must you cast these darts onto The Wall of Artsy Balloons.*

*BUT FIRST! Just as any real Artiste must create the canvas upon which they work, you must create The Wall of Artsy Balloons. (Note that the wall will be on the ground)*

*First, take the balloons and stretch them out, the way Caltech stretched your will to be a Scientist out until it broke. Except don’t break the balloons.*

*Second, pour some acrylic paint into the balloons. Once you’ve done that, blow up the balloons a little bit so that they are pressurized. You can put as much paint in as you’d like, the more the better. Every person should aim to make about 3-4 balloons.*

*Third, attach the balloons to The of Artsy Balloons by tying string to the ends of balloons. Individually duct tape each string to the canvas.*

*Finally, take a few steps back and throw your darts at the balloons to make a wonderfully artsy, bitterness-free, not-science-related masterpiece for your portfolio that you totally don’t resent having to create.*

Here are pictures of their, um, masterpieces:

**8:15 am:** After creating beautiful balloon art, the participants read their next clue:

*Painting is a long-revered art form stretching back to the dawn of man. But we’re doing MODERN art here, so fuck that old shit! Throw down your paintbrushes (figuratively) and whip out your cameras (literally), because your next portfolio piece is going to be . . . photography!*

*You’ll be taking photos in three locations -- so better hurry off to BROAD. Dress warm, you art students. (Consider putting on a silly scarf that will do nothing to keep you warm, for example).*

So off to Broad they went! As all photography students learn during their first year, the Rudds played around with angles such as

- You Made Me Look Fat Angle

- Dammit The Cap’s Still On Angle

- It Takes Two To Angle

**8:25 am:** Out of breath after running around campus with their cameras, the students began their third and final activity: making a 1-2 minute short film with just one long frame shot.

*A student wakes up late and rushes to turn in a Chem 1a set before the deadline.*

*The video must be filmed all be one in one shot, a “long-framing shot” it’s called if you want to impress your film aficionado friends.*

We gave the students a box of strange props we’ve acquired through the years and gave them creative freedom to make the goofiest, silliest 2 minute movie they could. The clip is in post-production now (i.e.: my friend is adding dramatic background music to it), but I can post the finished product if there is interest!

**8:45 am:** Happy but exhausted, the Rudds stumble back to their rooms to squeeze in a quick 15-minute nap before their 9 am class. That’s an overview of a fake ditch day stack! Let me know what you think!