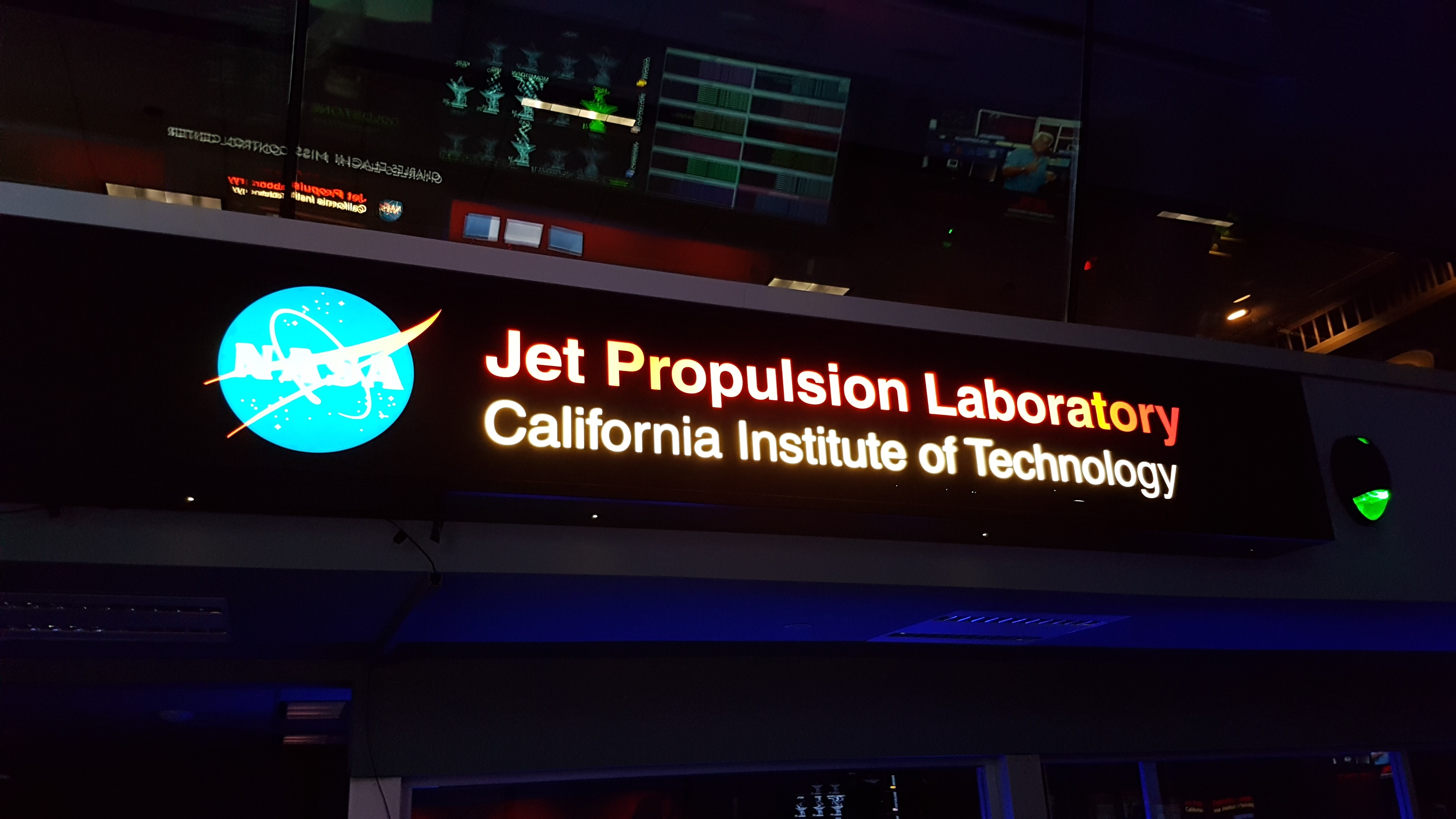 Hi friends, I have a special treat for y’all: a guest post! This one’s from Daniel, myfriend who is also a senior and majors in physics but knows a lot about everything else, too. Last term, he tooka really cool class on remote sensing that took him to the heart of JPL and space missions. If you’ve done Science Olympiad, perhaps you’ve heard a bit about remote sensing. (If you don’t do SciOly, don’t fret–a lot of Techers haven’t, either!) When I was in high school, I somehow took up that event and ended up taking a test about satellites and other remote sensing topics that I really should have studied…

Without further ado, some guest-post-awesomeness from Daniel! keep lookin’ up, jenny.

Over the past Fall term, I took the class EE/Ae 157a, which was titled the “Physics of Remote Sensing”, taught by Prof. van Zyl, the Director for Solar System Exploration at JPL (yes, the person in charge of all the solar system missions including Earth-sensing projects). During the last week of classes, we were rewarded with the opportunity to have a special tour of JPL itself as given by Prof van Zyl and his colleagues. I had previously toured JPL as part of its Caltech Student Day, but this tour was on a completely different level of access.

For starters, we were taken into the Mission Control Center itself (Fig. 1-2)! During the Caltech Student Day tour, we were only allowed into the lounge overlooking the room. This is the place that coordinates every single mission from every spacefaring nation. Several helpful animations indicated which of the many large radio antennae located all over the world was communicating with which spacecraft. A multicolored command line interface indicated the data packets received from several major missions. Notably, this center is known as the “Charles Elachi Mission Control Center” (Fig 2, center), after Professor Emeritus Charles Elachi, who retired from the directorship of JPL and the vice presidency of Caltech earlier this year. As it turned out, Professor van Zyl was a student in precisely this remote sensing class when it was taught by Professor Elachi!

We were further encouraged to explore the control centre and take pictures. We promptly took advantage of the latter (Fig 3) and even chatted with the mission controllers (known as “Aces”) on duty. If that was not thrilling enough, we were then brought into the adjoining command center to watch the director’s cut of the successful arrival of Mars Science Laboratory “Curiosity” while sitting in precisely the same seats that the iconic celebration was filmed in (Fig. 4).

We ended the control center tour by snacking on a few peanuts from the stash of “lucky peanuts” reserved for special missions (similar to that in Fig. 5). Apparently, this tradition arose in 1964 after a string of expensive failures in the missions Ranger 1 to Ranger 6. That year, the next mission iteration Ranger 7 launched and performed its mission perfectly. The project team could not find anything they had done differently, save for the single observation that an engineer had passed out peanuts before that successful launch. Since then, JPL has established a tradition of eating “lucky peanuts” (the actual supplier is confidential) before each major event.

We visited a number of other locations within JPL after that, but I forgot to take pictures. Apologies.

If you are interested in finding out how satellites capture a ridiculous amount of information from orbit (millimeters of tectonic shifts from several hundred kilometers away, anyone?), EE/Ae 157a is an excllent class to take. The JPL trip was a fantastic bonus. I think I’m ready to graduate now.