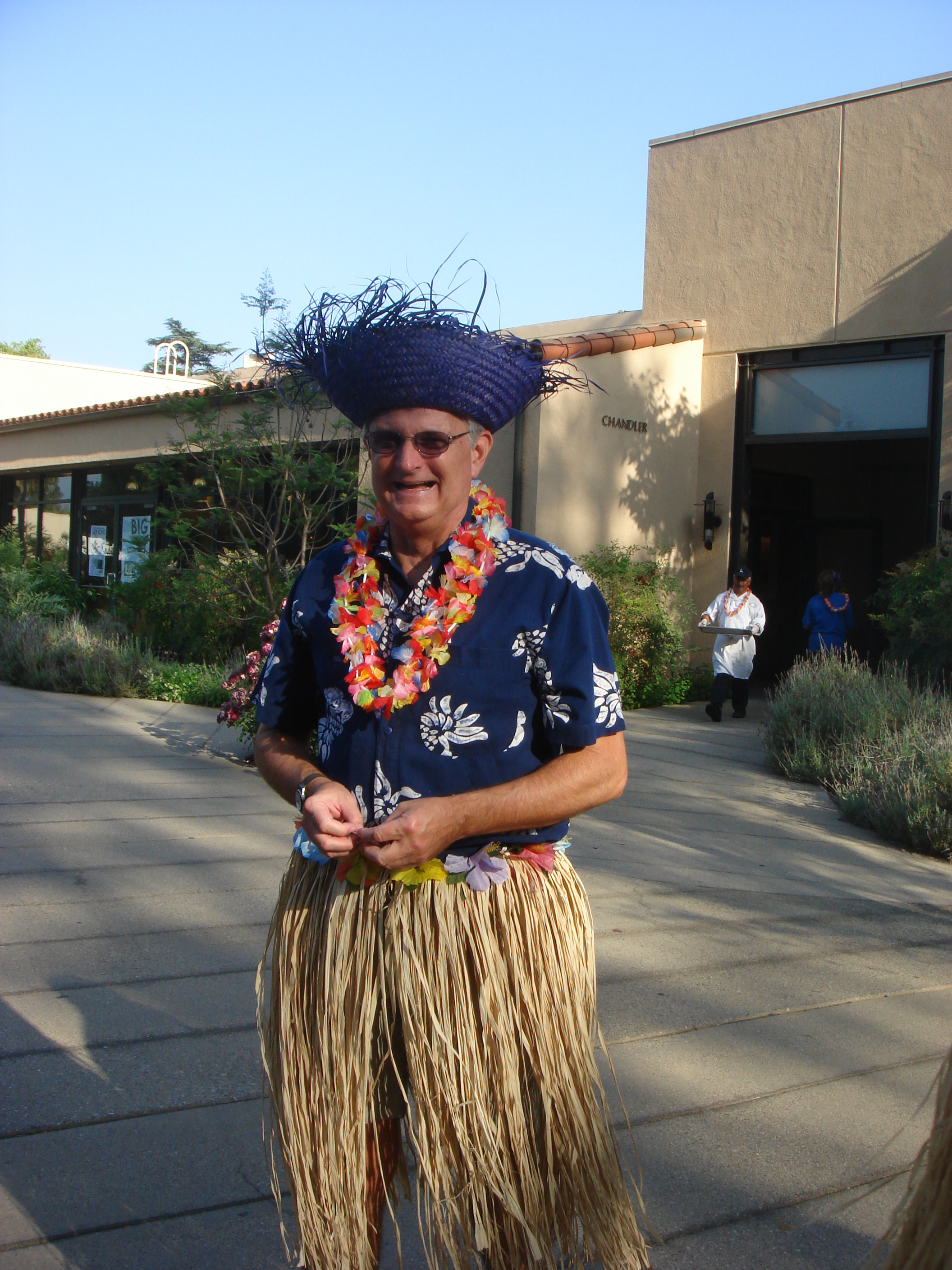 Ever been to Hawaii? No? Ever wanted to? Well, apparently Caltech decided we needed a nice relaxing atmosphere after our midterms, and decided to hold a Luau dinner for us. Since I’m not Hawaiian, I don’t know what true Hawaiian food is, but Caltech Dining Services gave it a pretty good shot (I think, although if you want to ask a real Hawaiian, find David. He might even show you a couple steps of the Hula). So what did we have? For an appetizer, we had Tossed Green Salad with Cherry TomatoesAssorted Fresh Fruit Spears and Whole Fruit For Entrees (here’s where it gets good) Kalua PorkShrimp SkewersHuli Huli chickenKorean BBQ Ribs (…I have no idea why this is Hawaiian, but it was good, so I’m not complaining)Steamed Rick (It says Rick on the menu..but i’m pretty sure they meant Rice)Hawaiian Poi (I don’t remember eating this. I think it was the sauce for the Kalua Pork) And last but not least: Spam Sushi. Apparently spam was the main source of red meat for Hawaii for quite awhile. Spam Sushi sounds really weird, but give it a try. It might surprise you. And Desserts? Pineapple Upside Down CakeFruit SorbetsFrozen Chocolate BananasAssorted Dessert Bars (Lemon Bars, Chocolate bars, etc.) Then we had some nice Kern’s juices, sodas and water for drinks.

Oh, and don’t forget all the decorations!

Finally, here are some more pictures of the landscape. They really tried to set the mood with palm-tree umbrellas and island-ish music (although some were from the Caribbean instead of the pacific..hmm..)

I also managed to sneak a couple of leftover pineapples and coconuts away…see you next year at the Luau!