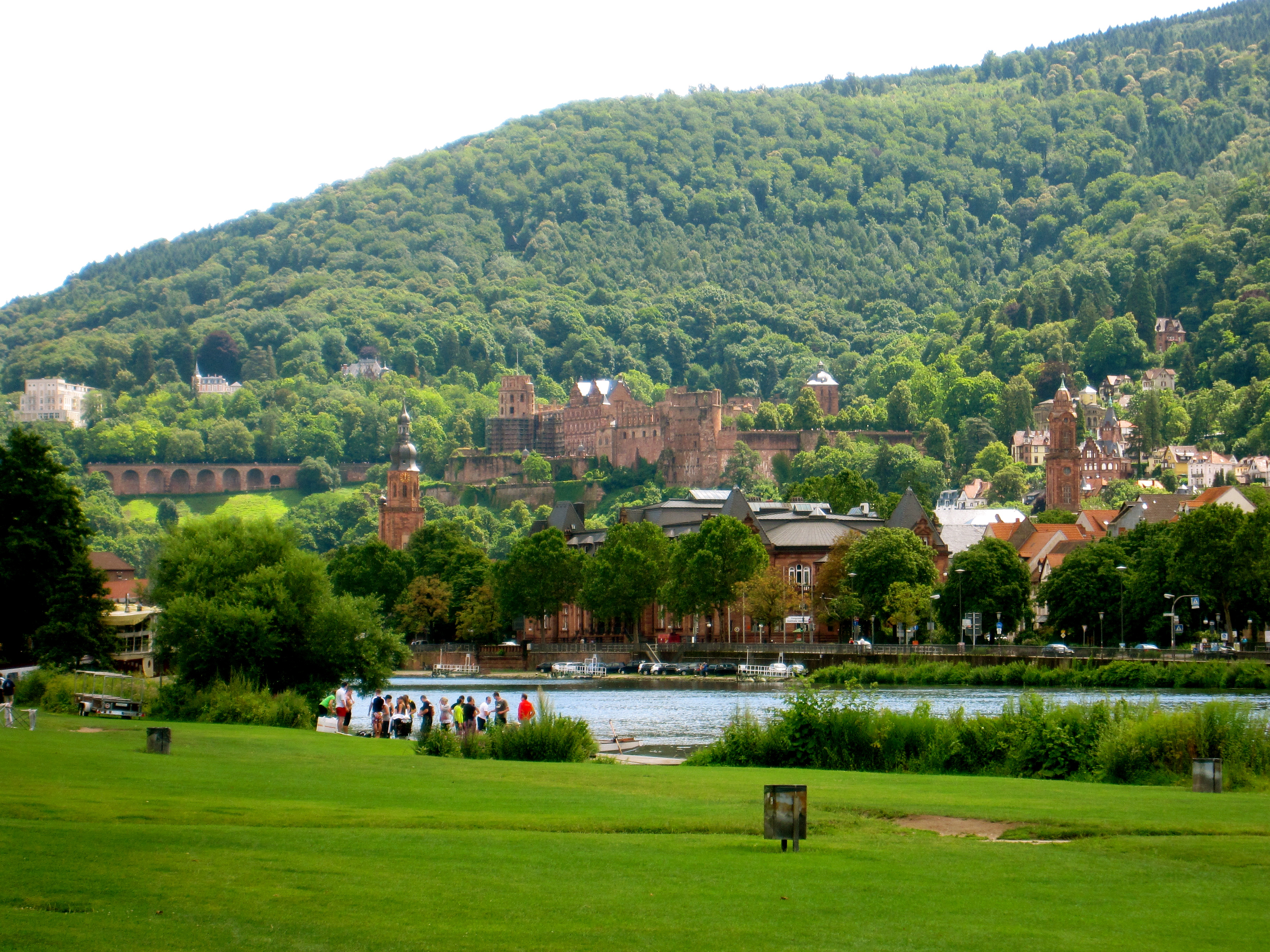 Hey everyone! So with the end of the second week we all decided that it was time to explore a bit of Germany. All four of us bought Eurail passes so Alex went to meet a friend in Stuttgart and Max, Lisa and I decided to take the trains up to Heidelberg, a historic city in Baden-Württemberg, Germany. It was a pretty nice trip since we were able to use the 1st class cabins and even got our own cabin room on the way back.

Heidelberg itself is incredibly beautiful! We were staying close to the old town which is primarily a pedestrian area with the old Univesity, Lutheran churches and a Castle that overlooks the entire village.

Getting up to the castle was a trek in itself. Apparently the city prefers stip slanted brick roads rather than staircases. The hike up was gorgeous but at times it seemed easier to climb up on one’s hands and knees. Once at the top, it was obviously worth it. The castle is partially in ruins, but you can still go into the well-preserved courtyard with a balcony that looks over the city.

It was pretty cool to be able to look out over the city and the breeze was really nice after the hike up. Afterwards we spent the afternoon walking through the ruins and then returned to the village to see the old university and the churches. Dinner was probably the best part of the day since we found a biergarten and basically got our own terrase to sit and eat sausage and sauerkraut for two to three hours. It didn’t really get dark until 11 pm so we went back to our hotel to drop off our stuff then returned to the village to see what the Heidelberg night life was like. It was pretty cool since all of the monuments, especially the castle, were lit up at night. We were walking along the river when a group of people just started setting off fireworks. Overall it was a pretty fun night of night hikes, pyrotechnics and discotheques.

Our train on Sunday wasn’t until 4 pm so we had plenty of time to wander around some more in the morning. Max and Lisa went to the church to see what Germany mass was like while I went to see the new part of town and the Unversity.

People were really active Sunday morning. We saw even more people hiking and there were tons of people rowing on the river. We met up in the afternoon and went on one final hike before getting on our train to come back here to Geneva.

That was basically our trip to Heidelberg! Next time: Dark Matter, Lyon and Fête Nationale!