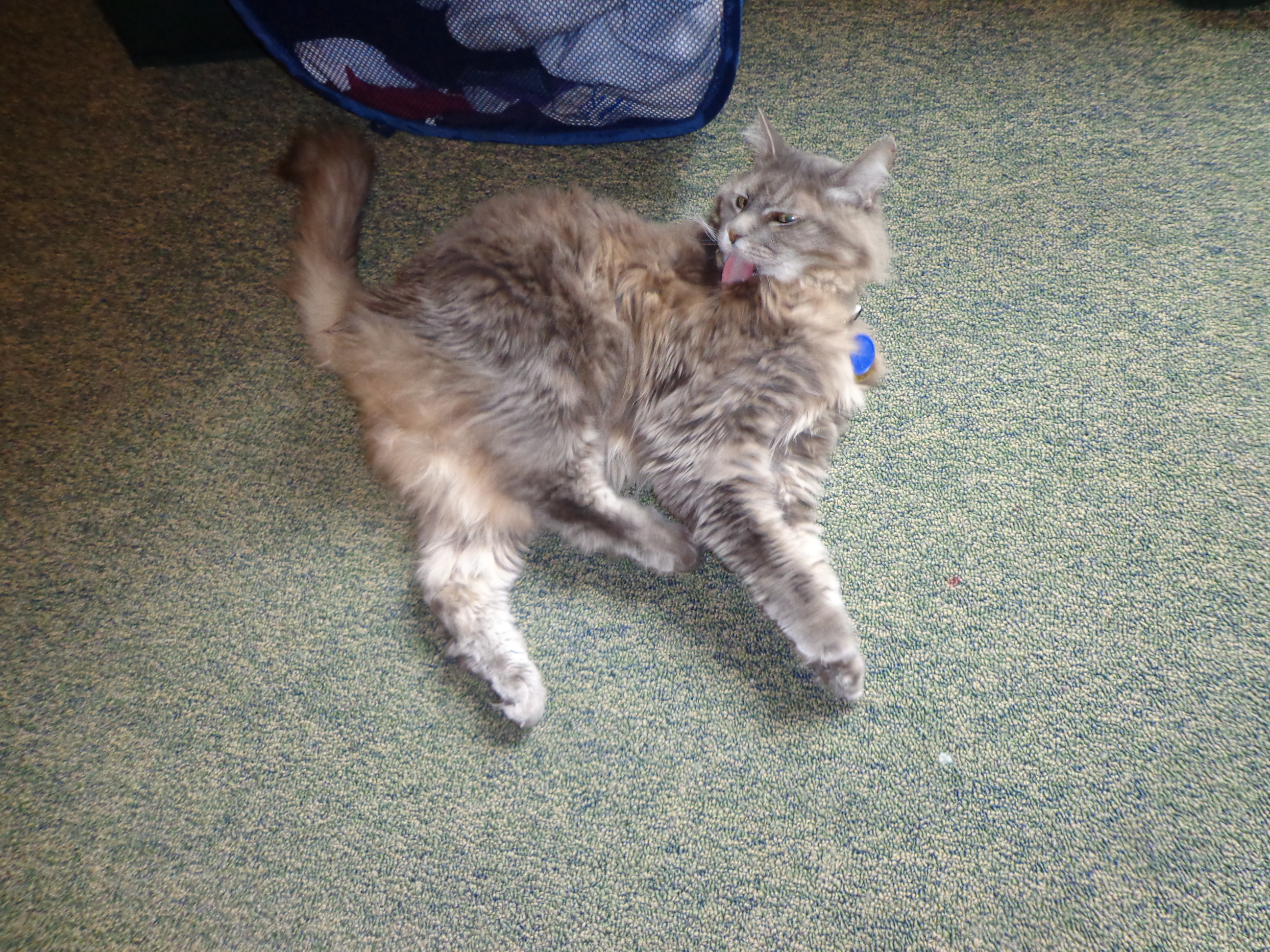 We have a dorm cat named Heisenberg in the alley I’m living in for the summer. (She’s a female cat though.) Apparently all the kittens in her litter were named after famous scientists. Her namesake, Werner Heisenberg, is possibly best known for the Heisenberg uncertainty principle in quantum mechanics. Chemistry 1a, a core class for freshmen, introduces this principle, and one of the core physics classes I’m taking next year will include an introduction to quantum mechanics.

From what upperclassmen have said, Heisenberg (the cat) is at least 19 years old, though no one is completely certain exactly how old she is. Heisenberg was born in Ricketts House, and then somehow ended up living in Alley 7 in Dabney. Since she’s so old, Heisenberg walks a little funny and generally isn’t that active. She has a litter box and food bowl at one end of Alley 7, and it’s a designated house job to take care of Heisenberg. Generally Heisenberg is the most alert when people are eating, and just sits there in the kitchen hoping for food with big eyes, kind of like the cat Puss in Boots in Shrek 2 except not quite as cute.

Since I’m usually in my room for most of the day when everyone else is at JPL or in lab, Heisenberg likes to come into my room and clean herself or fall asleep. Once inside, she rarely wants to leave, and it’s actually quite difficult to get her out of my room since she doesn’t like to be picked up. Nudging her usually makes her fall over and start licking herself again. Eventually, I decided to put up a piece of cardboard outside my door called a “Heisey-barrier” (Heisenberg has a lot of nicknames, including “Heisey”, “Heisen-cat”, and “kitty”) when I wanted her to stay out.

Heisenberg likes coming into my room. Although Heisenberg can climb stairs, she almost never leaves Alley 7 except to go to the vet. From other people, I've only heard of her leaving Alley 7 by herself once during a vacation/break when barely anyone was around (she climbed down all the stairs to the rest of Dabney before someone put her back). Even though Heisenberg often pretends to ignore us, she actually tends to get lonely during the summer and vacation when less people are around. Sometimes she'll just sit and let us pet her, and it's always nice to have Heisenberg's company and see her wandering around Alley 7 all day.
Heisenberg surveying her domain