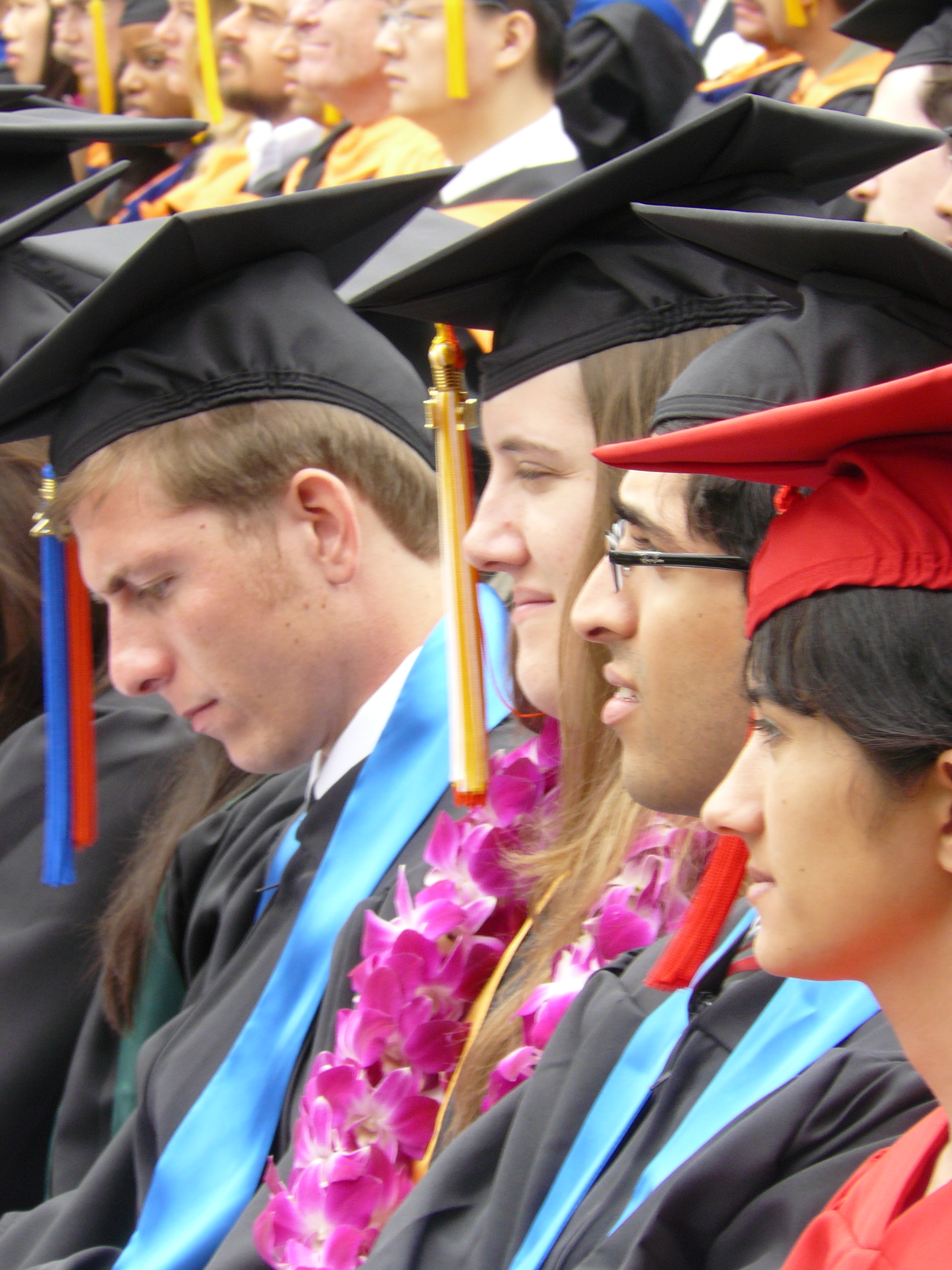 I know I haven’t written in a long time. This past Term at Caltech has been very absorbing and now that it’s over, I can say that it seems to have been worth the dedication!

For those of you to whom I’m new, my name is Nina Budaeva. I just finished my sophomore year at Caltech. I am a Physics major and I am a Pageboy (member of Page House).

I will try to write more often throughout the Summer. I’ve lined up several adventures for myself and promised myself to never be bored, so I should have plenty to write about.

With that said, let me start by recapturing the last several days of Term which ended on June 10th. The last week was Finals Week which meant we had no more lectures but instead we had plenty of Final Exams and last assignments to do. Yes, almost all Exams at Caltech are take-home and subject to the Honor Code but this does not mean that they are easy! In fact, this means that they can be quite hard and require one to learn news concepts while taking the exam. Sometimes, a 50% is a very good score. This makes me think that professors who write such exams hope that maybe one student one year will be able to actually complete the whole exam and throw off the class curve.

At the end of the last week of classes - the week before Finals Week - my house has an end-of-term barbecue with champagne (for those who are of age). In the spring Term, this is also the time when we take House pictures for our records and for “The Big T” which is the Caltech yearbook.

At 5pm on the Friday of the last week of classes, Flemming House fires their cannon to mark the end of Term and the coming of Finals. We get to hear the cannon while enjoying our barbecue. If you’ve heard about the Caltech-MIT pranks, then you’ve probably herad about this famous cannon!

The Saturday after Term ended was my 20th Birthday so I got to finally open the presents my parents sent me. I also got a surprise cake (see below). Caltech has a special cake service with which parents can order a cake to be delivered to their child’s room on their Birthday, so my parents did this and I shared it with my Housemates. Thank you Mom and Dad!

Even though the school year is over, it doesn’t mean that work is over. Most Techers (Caltech students) work throughout the summer in research or as interns. Caltech has its own program called SURF (Summer Undergraduate Research Fellowship). The application process is modeled after the real-life grant-seeking process. We scout out professors and labs in which we would like to work and do our own research. Then we write a proposal to the SURF office summarizing the research project we would like to do. We also need to have several letters of recommendation from faculty and from previous SURF mentors. If we are granted the SURF, we get 10 weeks of work and get paid fairly well. Throughout the summer we have to submit reports of oru progress adn at the end we have to submit a final report and make a presentation. Most SURFs happen on campus although quite a few students find SURFs at other schools or even in other countries!

This summer I am working with Caltech Professor Kenneth Libbrecht:https://www.its.caltech.edu/atomic/. It turns out that he studied at Caltech and was a member of Page House too!

My project involves studying chemical effects on ice crystal growth. Briefly, I am studying the effects of various concentrations of various solutions on the growth of ice crystals forming in the solution. This project is a great balance of experiment and theory. I am running plenty of “freezings” of solutions but there is also a great deal of theoretical analysis. For example, there is heat diffusion, surface tension, and freezing point depression to account for and whose effects to analyze and explain, just as a start. Since this hasn’t been a highly-studied field, there is plenty of freedom to explore here. I will post some awesome photos in a later post.

(Yes, I’m holding a bag of one of my most favorite goodies!) The irony of SURFing kills me sometimes! I think now I’m completely ready for my SURF summer.

Well, I think I’ve written more than enough for one post. I promise to continue posting when exciting things turn up (as they are bound to: for one thing, I’m going to Sin City, also known as Vegas, with a group of Techers this coming weekend)!