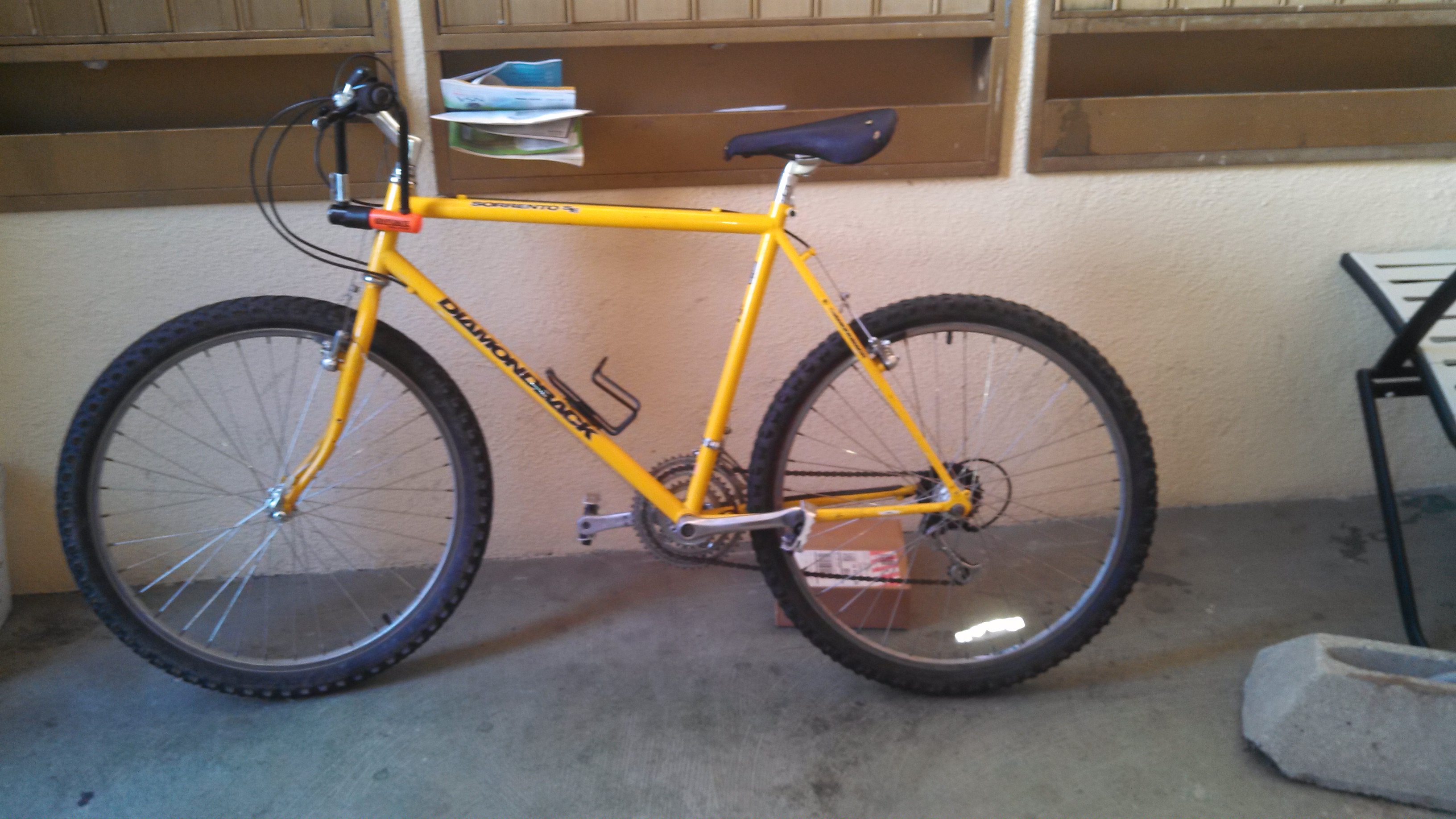 As a supposedly seasoned Techer who has returned for more learning/pain (they are inseparable), I am now back at Caltech and once morepiled higher and deeperin work and waking up early (8:30 is early) for class, which for an off-campus student is a more difficult test of his interest in the course material. Not to worry, though, for my newest friend craigslist linked me to a gentleman who sold me a very good mountain bike for just 85 dollars! With this, I no longer have to choose between eating breakfast and sleeping an extra 15 minutes, and standard grocery stores are no more than 5 minutes away–the world is my oyster. Going to campus? No problem! And just in time for the end of Rotation, too, to bounce with the newest Darbs!

Having reduced the effective distances to grocery stores, I have found that the other blessing and curse of living off-campus–cooking for oneself–has shown itself to be almost entirely a blessing. As much as I appreciate the ease of CDS-prepared food, I recently discovered that preparing food for myself has proven approximately 20 times cheaper than following the Board plan, which is not mandatory for off-campus students. Moreover, I can control the nutrition and freshness of the food I eat, to which as a freshman I did not pay too much attention since I was not in charge of preparing the food.

Still, there is nothing quite like the simple deliciousness of a grilled cheese sandwich.In light of this fact of life, yesterday my roommate and I bought whole grain bread, ciabatta bread, sliced pepper jack cheese, sliced cheddar cheese, a block of parmesan cheese, and spiced apple cider from Trader Joe’s. Retrospectively, I realize that these ingredients do not exactly embody “simple deliciousness”, but sometimes the inner engineer cannot be stopped from rehashing a relatively simple recipe. With that said, here is our recipe for a fantastic (and mildly pretentious) grilled cheese sandwich: Ingredients: Whole grain bread or sliced ciabatta bread, cayenne pepper, oregano, thinly sliced tomato, and at least one of the cheeses I mentioned above in slice form (the more the better).

Instructions: Place a slice of one of the cheeses on one slice of bread. If it does not cover the bread entirely already, break up the slice and spread it out on the bread. Sprinkle cayenne pepper and oregano (to taste) on the cheese. Add a layer of thinly sliced tomato if you like tomatoes. If you have another cheese to work with, add that layer and add another slice of bread. On a hot pan, spread a very small amount of butter and place the uncooked sandwich on the pan and cover with a lid. When the cheese starts to melt, flip the sandwich, and press down on it with a spatula for about 20 seconds to make sure that the sandwich does not fall apart because of ingredients like tomatoes inside. When the slice of the bread on the pan is crispy on the outside, the sandwich is ready.

With spiced apple cider, these grilled cheese sandwiches make for a perfect “high-class” meal that one can use to impress friends without having any actual cooking skills or knowledge, and we all know that after a long day of being questioned about cross-disciplinary research, a grilledChE/ESE major could use a hot grilled cheese sandwich.