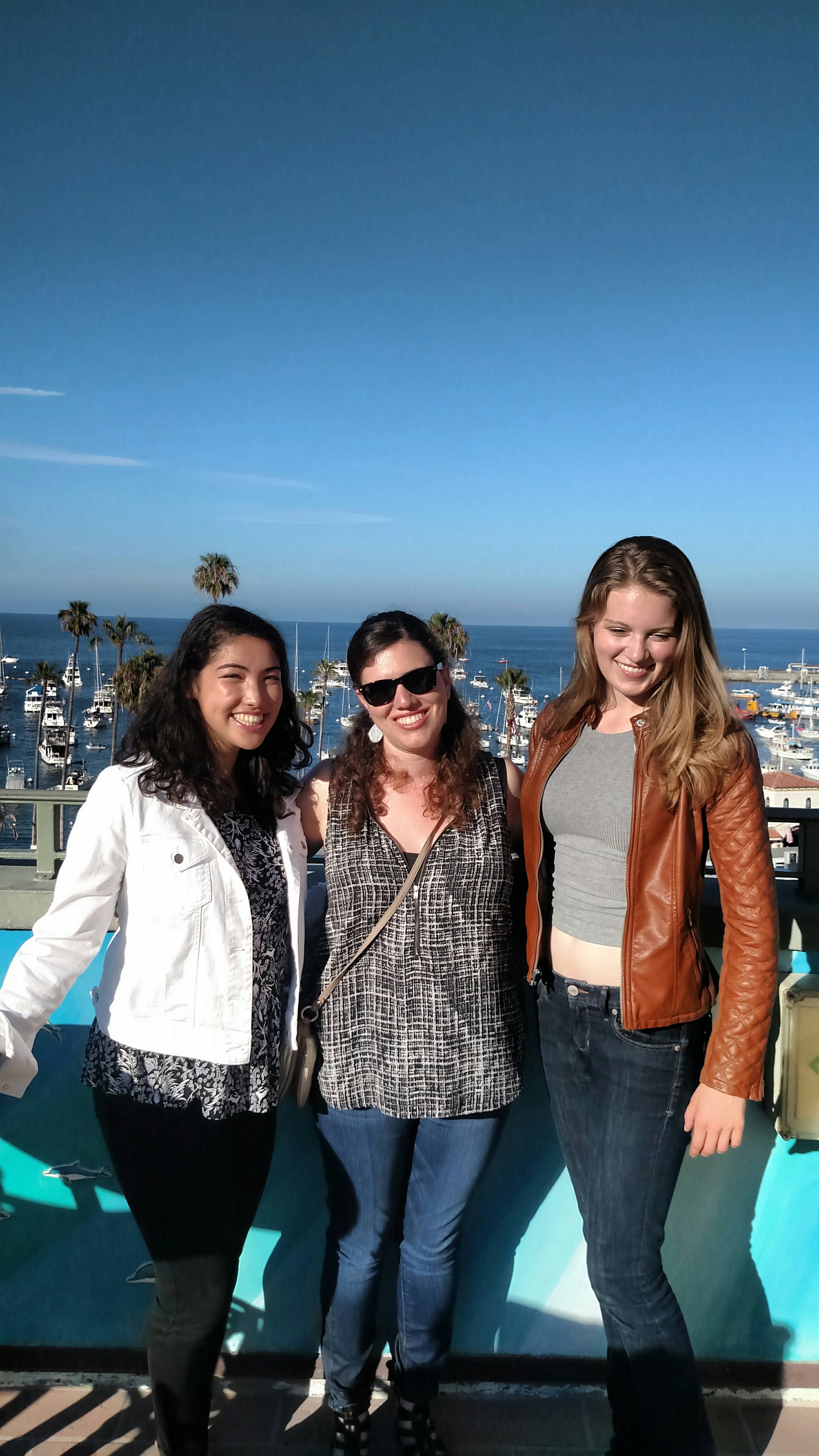 Hi there, and happy Monday! It’s been a great weekend, I hope you all had good weekends too.

I was lucky enough to go to Catalina Island, and if you end up at Caltech you should go too. It’s relatively close (you can take a ferry from Long Beach) and it’s justgorgeous. I’m pretty sure the Caltech Y (for those of you who’ve been following, that’s the group with which I went to Lima) runs trips from time to time. I think that’s camping though.

I went with my best friends from when I was… oh my gosh, from when I was six. I’ve known them for so long. Wow. We’ve been together for ages, partly because one girl’s mom keeps planning these things for us. She keeps threatening to plan Europe next summer, we’ll see how that goes. She was in charge of this. We stayed at this beautiful hotel with ocean views.

That’s me and some of my girlfriends on the hotel roof. It was just so beautiful.

On our first night there we had dinner at the steakhouse (which wasamazing). I expected it to be kinda meh because, you know, it’s in a tourist center, but it wasdivine. I do not use that word lightly. I had a filet kebab with a side of steamed artichoke. After dinner we went to karaoke and then we went on a flying fish watching ride. We only saw a few full-on flying but it was still really fun. There were lots of little ones jumping.

In the morning, we got dressed and went snorkeling. I’d never been before. Well, I’d worn a snorkel during swim practice to improve my form but that wasn’t nearly the same. I wish I had pictures for you. We were all in our wetsuits and I had the bag of fish food (because I’m the most competent swimmer and because I wasn’t super freaked out by fish). The fish quickly realized I had food and started swarming me. They nudged me with their little fish noses the way my dog does when he wants broccoli or pets. I freaked out a little bit and started throwing fish food away from me, watching the little thrashing fight erupt from the surface near where the food had landed. I wanted to share the amazement of having tons of fish near you so I threw some near my friends. They did not appreciate it and I had to go take them away from the fish. We saw tons of bass and garibaldi (which is like a big, bright orange goldfish) and a few parrotfish and others. I kinda wanted to see an octopus but I guess they’re masters of camouflage so that wasn’t going to happen.

We werehungry afterward so we went to lunch at the Catalina Cantina, where the Eurocup finals were playing. We watched Portugal win basically without Ronaldo which was cool but also Ronaldo is both excellent at soccer and pretty, let’s not deny it, and we all love to see him play. We did get to watch him take center stage in every photo after that and run around like he won the game all by himself… so that was interesting.

After lunch we just chilled on the beach and caught up. I left at 5 because I had work in the morning but most people stayed. I wish I could have stayed but also I love my job! We had astressful journey back to the airport but we made it OK. I got home around midnight and decided that I was getting to work at 10.