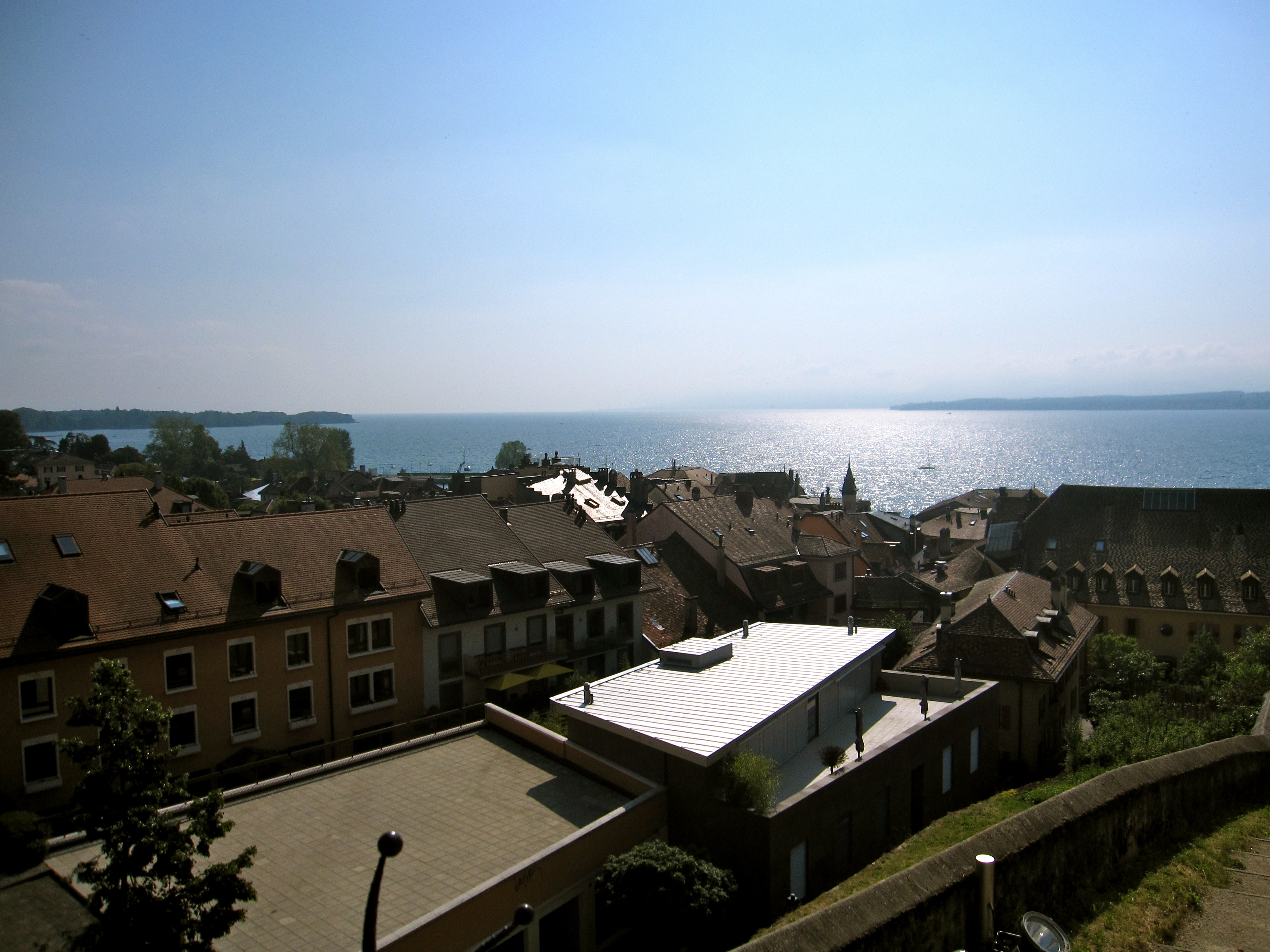 This weekend has been pretty eventful. I made a decent amount of progress on work and got to tour around most of Lake Geneva over the past two days. My roommates and I bought eurail passes just like we did last year. I wasn’t planning on traveling that much but the pass is practically worth it alone being able to use the ferries on the lake since everything is expensive in Switzerland. This Saturday Cedric and I decided to take the ferry to Yvoire, an old medieval town that jets a bit into the lake and is surrounded by woods. We started out somewhat near home in the town of Nyon which is kind of known for their Roman ruins. From there we began our day on the lake. Below is the view from the chateau in Nyon. Right across the lake and you can’t really even see the other side of the lake. We were to see just how long this body is.

I highly recommend taking the ferries across Lac Leman if you are ever in the area and have the time. They aren’t necessarily the most efficient means of travel depending on the time of day but it’s like a two for one deal on an attraction and transport. Here’s Cedric with Nyon in the background as we head out to Yvoire.

Yvoire was what one would call a charming little village. It was pretty touristy but cute. There really is not that much there other than the harbour and the chateau. The main reason we went was to walk through the Jardin des Cinq Sens (Garden of the Five Senses). It was pretty cool since they built a labyrinthe around the chateau with different gardens with plants specified to each of the five senses, though they cheat a little with sound since they just use running water.

This is one of the additional gardens that is of medicinal plants. When going through we were instructed what to do since for different gardens you were supposed to touch and smell the plants. Turns out most of these plants are toxic but the landscaping was nice just the same.

I really just liked the additional characters that they added on the plant tags, I think the magic wand makes a nice touch.

Overall the gardens were pretty fun. We spent a decent amount of time in the garden of touch since many of the plants were just so soft. We just had to compete with the bees that were swarming around.

After Yvoire we primarily just wanted to go to Evian-les-bains to get water from the spring. Even though the town is really close to Yvoire there isn’t a train in Yvoire so we ended up taking the ferry to Lausanne and then another ferry to Evian. The ferry to Lausanne took about an hour and a half to get all the way to the other end of the lake. It was a beautiful day though so I just basically sat for a cruise along the lake with my book on the deck of the boat. Getting water from Evian was pretty much the last part of the day, turns out we spent about four hours on the ferry that day just to see a garden and get water, but it was well worth it. There’s nothing like getting water straight from the glacial stream.

Sunday was a bit more of a work day but I got through some parts of the Physics Survival Guide on the ASCIT website and some work for my lab. There are a few projects that I need to finish up from the year, including building an interface between some Monte Carlo samples for the Z boson decay into two muons and a photon with PHOSPHOR, a photon resolution program that one of the recent doctoral graduates from our group, Jan Veverka, developped. That’s done now and I’m just running those files through PHOSPHOR. As for the survival guide, I was the Physics option chair this year for the Student-Faculty Conference and one of the last projects I wanted to work on was updating these webpages of advice that upperclassmen collect over the years for new Physics majors at Caltech. I’m still in the process of updating everything but, for those interested, you should check outhttps://donut.caltech.edu/ascit/Physics.

To end off the weekend I also got a chance to meet up with a graduate student who will be starting at Tech in the fall and was passing through Geneva. Even for a small school as Tech we still find the world small enough to run into Techers all over the place.