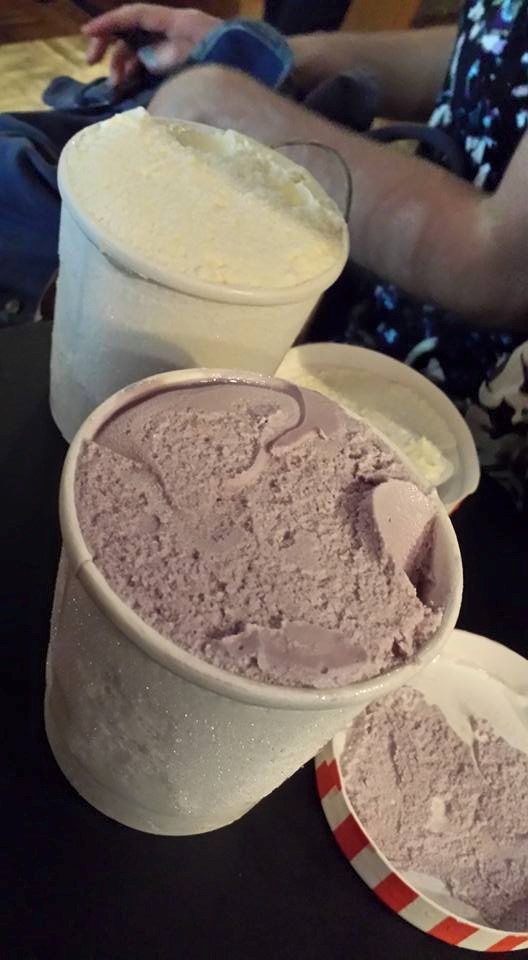 Weekend Out with the Roomies

Hi all! Anita here. It turns out that I won’t be able to talk too much about Intel—confidentiality issues and all—but that’s okay, because unlike during the Caltech school year, we actually have lives outside of work during the summer! Since Hillsboro is a very suburban area, most people drive to nearby Portland to find action. It’s only about 20-30 minutes away, unless you’re stuck in traffic. My friend’s dad complained a bit about how windy the roads to Portland are but it’s definitely worth the drive, if you ask me. Our itinerary was thus: Friday Night—Dance Social and Ice Cream.

Was going to be a night of swing dancing (East Coast Swing, also known as Lindy Hop) until we discovered that the venue was closed and decided to go learn Salsa and Bachata instead. Afterward, we went to test out one of Portland’s most famous ice cream stores.

Olive oil and honey lavender ice cream at Salt&Straw. Some of the best stuff I’ve ever had… The olive oil is subtle, though quite rich after a while, while the lavender flavor was very strong from the beginning. Both flavors were delicious on their own, and also paired well with one another. We skipped the huge line for ice cream cones and decided to buy two pints instead—pretty good choice…

Rented canoes and kayaks from Portland Kayak Company. The Willamette River was several blocks from the shop; we had to roll our ships out onto the water (first down a hill and through a park, using tie-on wheels!).

Roomies and me at “Potted Potter—the Unauthorized Harry Experience” at Newmark Theater in Portland. Involves a stuffed Nagini and a scary beach-style Forbidden Forest setting.

Berry picking on the road! Pricked our legs on some thorns for sour berries (they ripen in August) but it was super cool!

Stack of library books, whoo! I think I like it here.