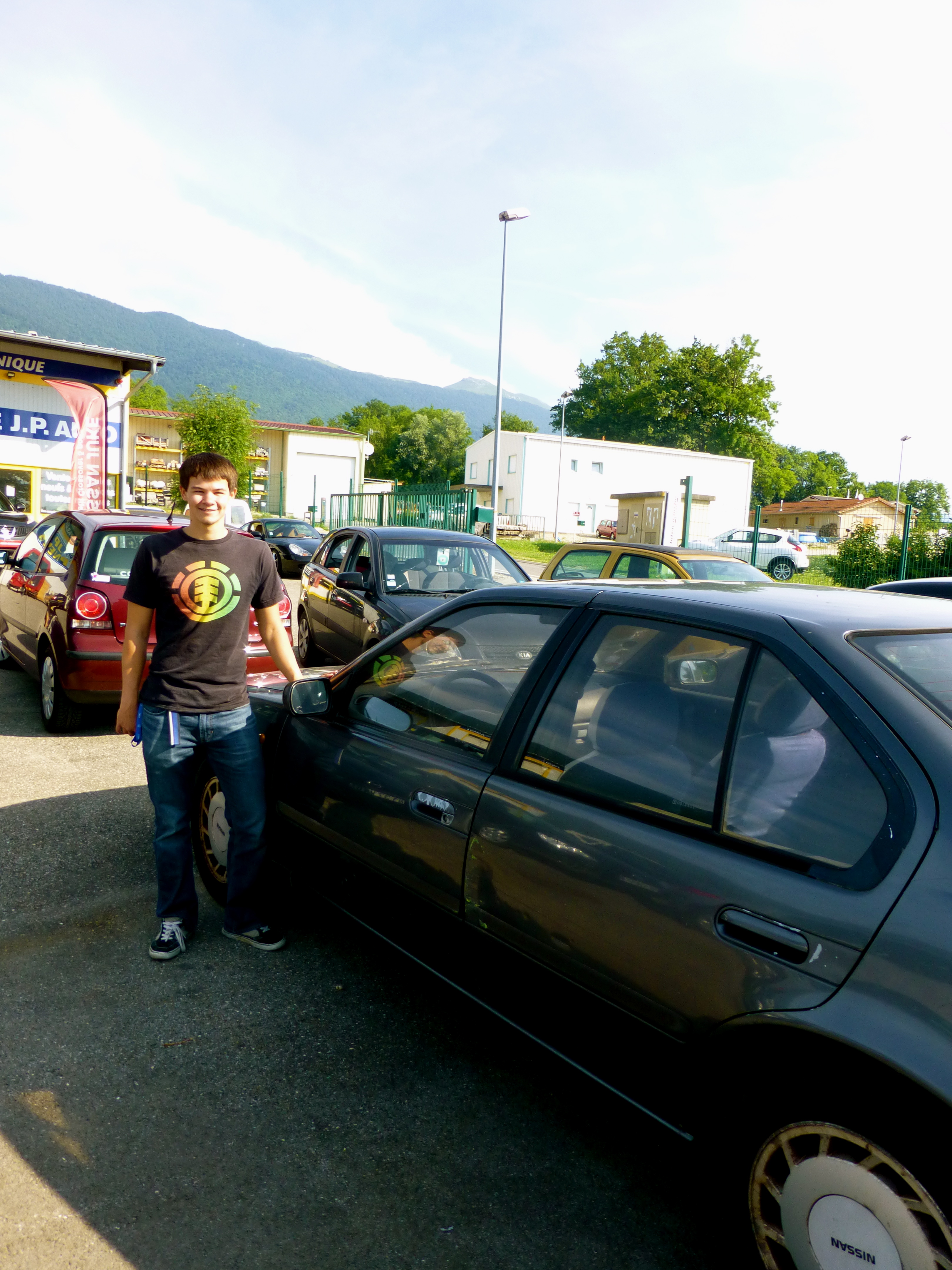 It is Saturday but I am going back into work today at CERN to see if I can fix a few bugs in my code and straighten everything out for the work week. I am trying to finish up some figures for a paper that the group wants to get out soon. I also now need to make sure that everything is put together within the next few weeks since I will be presenting in the CERN Main Auditorium on August 13th. It’s pretty exciting since that is the same stage where all of the major presentations, including all of the public announcements like for the Higgs last year, are made. At the same time it’s a bit nerve racking, but totally worth it.

This week has been awesome since I’ve set up a bunch of tours and workshops around the ring so I’ve been going out with some of the other summer students and learning about different aspects of the physics and engineering around here. It’s nice also since first, all of the summer students are from different parts of the world so I have been getting to know people coming from France, Germany, the UK, Thailand, Japan, China, Mexico, Brazil, Iran, and the list goes on… but also, the students are a mix of physics and technical students working on all different experiments at CERN. The Caltech group works on the CMS experiments but I have been learning about many students’ projects at ATLAS, ISOLDE, LHCb, ALICE, and ALPHA. Also, since some of the students are technical students, the projects don’t just cover physics topics but also include building new packages for ROOT, the programming language we use in high energy physics, as well as engineering new sensors and parts for the detectors. Granted the majority of everything around here is based around coding but it is still pretty cool to see how varied the work is.

Last night was a pretty long night since the group has set up biweekly summer student updates so we video chat in with Caltech and each summer student makes a presentation on their work. The idea was to make it a lunch time meeting which means that the meeting starts for us at 9pm. It’s not that bad though. I’ve been setting up the meeting rooms here on the CERN side and I failed the first week so we ended up crowding around my laptop. I succeeded yesterday at getting a room but couldn’t get the video and sound to work so we ended up running off my laptop again, just with more space to sit. With this progressive trend I’m sure next time I won’t just find a room but we may also be able to use the media equipment… one can hope at least.

After the meeting there was a summer student party in the pump hall here on the CERN campus. The theme was a radiation party with free glow sticks … a little bit more general than the last party which was themed for collisions. The idea was that girls were given anti-particle IDs and guys were given particle IDs with the goal of finding your respective antiparticle. Extra credit went to those who were the first to reconstruct the Higgs with 2 b and 2 anti-b quarks, antineutrino and lepton of the same flavor, and another quark pair. As one of the technical students mentioned, it was the only party they’ve ever had to study before going to. Despite the physics geekiness of the themes the parties are actually quite legitimate and pretty fun. I suppose one would call them more “normal” in comparison to Caltech parties.

I suppose I must finish off with the one bit of sad news for the week. The beloved Nissan Maxima that Professor Newman provided us with last summer and this summer so far has finally reached the end of it’s practical life. We found out last year that the car was made in 1987 and it has definitely served its purpose. It’s a bit beat up with scratches everywhere, holes in the back seats, wires hanging under the steering wheel and locks that go off on their own, but that’s what gave it its character. It served us well and actually still works, it just isn’t worth the insurance anymore. Anyways, it has been a good car and as one who gets emotionally attached to my vehicles it is hard to see it go. Luckily for us the Newman’s have been kind enough to get us another car to use. It’s a relatively new Fiat and looks pretty nice. It’s also going to be more fun having a manual transmission around here. Welp, here’s a tribute to the semi-sketchy car that all young adults need to have an experience driving in their lives.